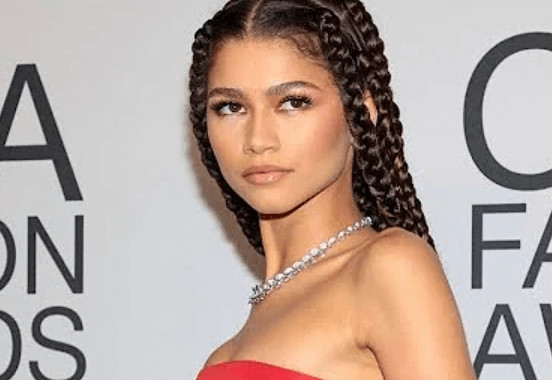 Wednesday night’s Council of Fashion Designers of America (CFDA) Fashion Awards pulled out all the stops as Hollywood’s starlets stepped out in jaw-dropping ensembles. Dubbed the “Oscars of Fashion,” this year’s event honored Zendaya as the youngest recipient of the CFDA Fashion Icon award. The affair was hosted by A-list actress Emily Blunt and CFDA chairman and luxury designer Tom Ford. This year’s awards saw a shift towards inclusivity by recognizing BIPOC designers. Some of the recipients included Edvin Thompson for American Emerging Designer of the Year, Emily Bode-Aujla for Womenswear Designer of the Year, and Harlem-born trendsetter Dapper Dan, who made history as the first Black designer to win the Geoffrey Beene Lifetime Achievement Award. Let’s take a look at some of the most iconic red carpet looks from your favorite celebs!

This year’s Fashion Icon Award recipient is known for her diverse style moves, from colorful vintage Versace to skin-tight minimalism. The Dune actress rocked the red carpet in a fiery red Vera Wang bandeau crop top paired with a bubble-waist maxi skirt. Not to mention, her beau Tom Holland just had to post this beauty to his Insta feed.

2. Anya Taylor-Joy: Face of the Year

The Queen’s Gambit star channeled 1950s vintage in a royal purple Oscar de la Renta blazer mini dress, paired with a leopard print cap and gloves. Taylor-Joy has been thrust into stardom over the last few years, from starring in the M. Night Shyamalan thriller Split to Miss Emma Woodhouse in the period drama Emma. When you hear “Face of the Year,” Anya Taylor-Joy’s stunning complexion is a no-brainer.

Our 2021 CFDA Awards host Emily Blunt stepped out in one of her boldest looks yet. The Quiet Place star was glowing in a tangerine orange pantsuit from designer, and nominee, Christopher John Rogers. This elevated business casual was the perfect blend of high fashion and playful street style.

After reaching superstardom from her breakout role in Netflix’s widely-popular Squid Games, HoYeon Jung walked the CFDA carpet in a drapey silhouette. The newly-appointed Louis Vuitton brand ambassador was fit in a Grecian-inspired black dress paired with chunky open-toe sandals.

Karlie Kloss may be a retired Victoria Secret Angel, but this 6’2” model knows how to walk the walk. Going for a classic LBD, Kloss sported a knee-length Khaite Rya dress and accessorized with strappy black heels and effortless blonde waves.

Weeks following her iconic Selena Halloween tribute costume, this early 2000s R&B queen worked the CFDA carpet in a sophisticated, sexy ensemble. Ciara wore a black Tom Ford dress with a corset structure to snatch in her waist. Along with a tousled blonde up-do, this look screams classic.

9. Wrapped in a Bow: Dove Cameron

Sporting newly-dyed brown locks, former Disney star Dove Cameron made her appearance on the red carpet in tulle upon tulle. This sheer white Carolina Herrera gown is accessorized with a statement black bow and smokey winged eyeshadow that gives her eyes to kill.

With over 40 years of experience in the fashion industry, 66-year-old supermodel Iman passed the baton off to Zendaya in presenting the Fashion Icon Award. Iman displayed an optimistic outlook on the next generation of fashion, saying, "They don't rely on the established designer because they themselves are young, so they're willing to wear young and upcoming designers." Iman was named the CFDA’s Fashion Icon in 2010, and her appearance on the carpet Wednesday night proves that this bombshell is still in the game.