Skirting the Issue: Indigenous Designer Agnes Woodward Is Raising Awareness With Her Garments 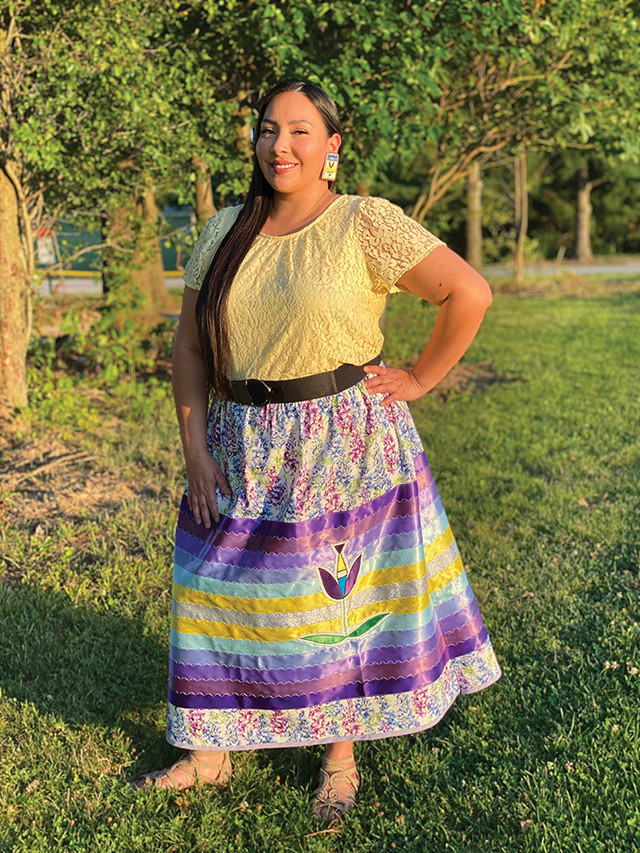 When Agnes Woodward created the rainbow ribbon skirt that Deb Haaland wore at her ceremonial swearing-in as the first Indigenous American U.S. Secretary of the Interior in March, she didn’t tell anybody. “Only because I had a hard time believing it was real,” the self-taught Plains Cree seamstress says. The traditional skirt was a fast turnaround, sewn start to finish in about six hours. It wasn’t until she saw footage from her home in North Dakota—of Haaland lacing up her moccasins while wearing the skirt—that Woodward realized she was also making history. “Seeing her in that position was just a huge moment for every Indigenous person across these lands,” she says. “I was incredibly honored.” 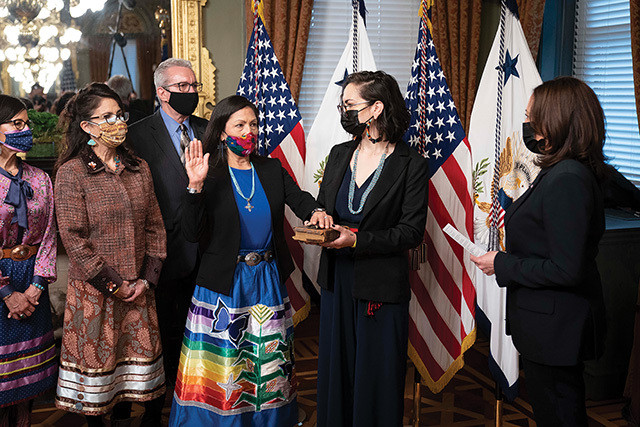 Woodward, who works as an advocate at Three Affiliated Tribes Victim Services, began making ribbon skirts—two pieces of fabric adorned with rows of satin ribbons and sewn in an A-line shape—for herself and her daughters to wear to Native ceremonies almost a decade ago. But the look was something she tried to avoid growing up. “I experienced a lot of racism in Saskatchewan, [Canada], where I was raised.

And because of that, I always hated when my family would make me wear long skirts because I felt like I was going to attract more hate if I was more visibly Indigenous.”

Her father is a survivor of Canada’s residential school system—mandatory boarding schools that forcibly assimilated Indigenous children; her mother survived Canada’s “Sixties Scoop,” when thousands of Indigenous kids were taken from their families and placed in foster care; and an aunt was murdered, one of the many missing and murdered Indigenous women (MMIW). Making the decision to not only start wearing ribbon skirts, but also to design and sew them, has helped Woodward unpack and heal from these intergenerational traumas. “A lot of Indigenous women wear ribbon skirts as a way to reclaim their pride, teachings, and identity, especially through the process of colonization and assimilation policies that have really affected our people,” she says. “Ribbon skirts have been a really empowering tool for us. It’s a meaningful piece of art [that] tells a story.”

Today, she’s made hundreds of ribbon skirts to bring attention to the MMIW crisis, and she sells them through her organization ReeCreeations (@reecreeations on Instagram). “My only hope and goal since the beginning has been to empower Indigenous people,” she says. “I just want them to know that life can be beautiful.” 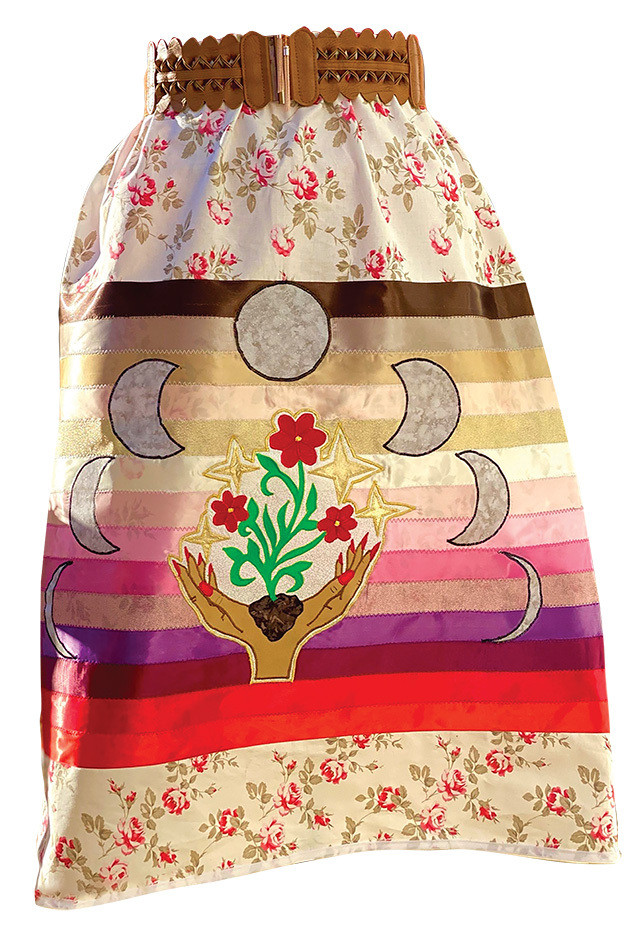 Tags: Agnes Woodward , ribbon skirts , Deb Haaland , Indigenous designer , MMIW crisis
Support Feminist Media!
During these troubling political times, independent feminist media is more vital than ever. If our bold, uncensored reporting on women’s issues is important to you, please consider making a donation of $5, $25, $50, or whatever you can afford, to protect and sustain BUST.com.
Thanks so much—we can’t spell BUST without U.