Stop calling your body 'midsize,' says Internet. But it's less clear about why you shouldn't use the term 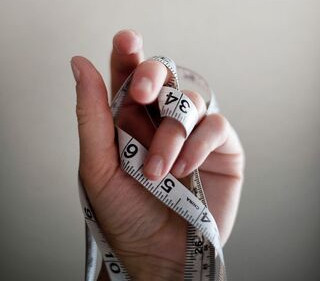 “I just want to formally and publicly say that I have stopped using ‘midsize’ hashtags on my posts and stopped describing myself that way in my videos,” announced Tiktok influencer Mary Skinner, a size 10 in women’s clothing and who first gained popularity on the app for her body inclusive, fashion-forward videos, in early May. The term, she realized, is not for her as she learned by listening to the discourse on Tiktok and other corners of the internet. She apologized for “inserting myself into any movement that wasn’t for me.” The apology was sincere; she did not want to harm anyone with her content and felt she had done so after hearing what others had to say. But the controversy left a few open questions: What, then was she to call herself? What even is “midsize”? And who, if not people like Skinner, is allowed to use the word?

Midsize—a term once more recognizable as a kind of SUV than as a kind of body—was first coined as an alternative for people who did not see themselves in the normative “straight sizes” that the fashion industry prized, nor in the “plus-size” bodies that were heralded as the alternative to decades of denigrating anybody larger than a size 2. Anushka Moore is often credited with the popularization of the term, having founded the UK-based Midsize Collective in July of 2018, an Instagram account dedicated to showcasing bodies that do not normally get to appear in the pages of high fashion magazines, nor be considered part of the growing and influential plus-size movement. The account specifies that their focus is on “not petite but not plus-sized style,” noted as UK sizes 10-18 (the equivalent of US sizes 8-16). This would fit exactly for someone who is a size 10 like Skinner, right? Apparently not.

Skinner’s video was amongst a larger conversation about the appropriate terms for different bodies. Though rather than the inclusive, additive approach to welcoming people into identities, what it generally amounted to was a complete censuring of the term “midsize” and all those who use it. And the opposition was anything but clearcut. Some creators on the app emphasized how they felt the term “mid-size” was being used by people who would otherwise fit under the definition of “plus-size” as a way to distance themselves from fatness. While others, in the vein of Skinner’s commenters, derided the use of “midsize” as skinny people trying to co-opt the plus-size and fat liberation movement for themselves while marginalizing the voices of those who actually fit the definitions of the latter terms.

The discourse surrounding “midsize” and “plus-size” and who can call themselves what and what bodies are allowed what terms is anything but clear. The only clarity one can garner from immersing themselves in the discourse is mostly that someone somewhere probably told you you are not allowed to call your body what you’ve been calling it. The ultimate focus is still on the labeling of bodies and the categorization of experience. The freedom of existing is replaced by the worry of being accepted. It’s a feeling that’s well-known to anyone who has flipped through a fashion magazine, stood in front of a dressing room mirror, or simply lived in our time of neverending body talk.