Angelic high notes, numerous star-studded performances, and an ungodly album debut are just some of the major waves Chloe x Halle have made this rollercoaster of a year. Although the sisterly duo has always tapped into unimaginable creativity with their music, in 2020, they’ve managed to create anticipated productions even during quarantine. Following the June release of their Grammy-nominated, sophomore album, Ungodly Hour, Chloe x Halle have worn a series of up-to-par outfits for socially distant concerts in their own backyard.

With Zerina Akers as their main costume designer, who has also worked with Beyoncé and stylist B. Akerlund, each performance costume ultimately topped the last. From award shows to quarantine specials, the Bailey sisters have given captivating looks throughout the year making them an unstoppable force in fashion. As Chloe x Halle continue to rise to prominent artists of the industry, it’s safe to say 2020 became the year they’ve made their mark as artists to keep on your radar.  Here’s our breakdown of Chloe x Halle’s best looks of 2020.

3. Chloe x Halle dress up for their BET debut.

Chloe x Halle are all strapped up with a flashy head to toe transparent look by TLZ L’Femme designed by Aazhia Rhy.

4. Chloe x Halle give a killer rockstar performance for Global Goal: Unite for the Future. 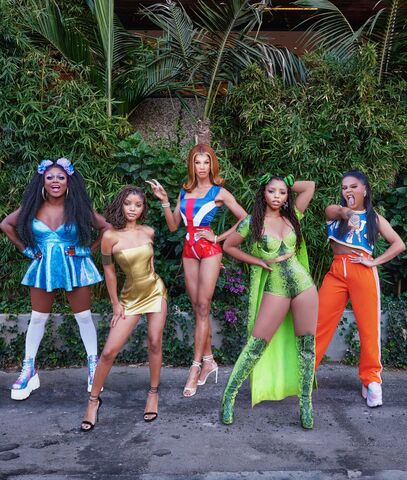 10 Female Artists Your Boomer Dad Probably Doesn't Know About Yet