How Has Anna Wintour Reportedly "Sidelined and Tokenized" People of Color at Vogue? New Exposé Reveals a Toxic Workplace 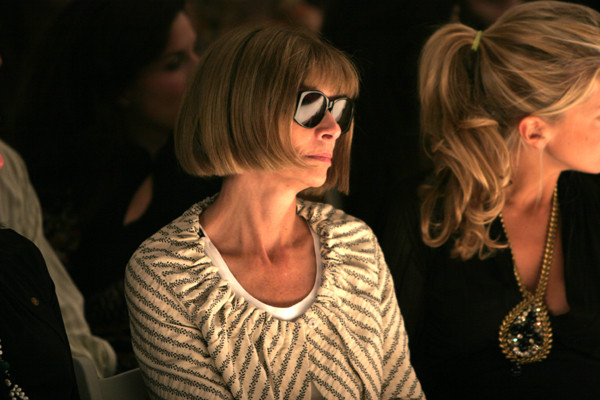 In a New York Times exposé published on Saturday, reporter Edmund Lee outlines the many ways that Anna Wintour fostered a work environment that has “sidelined and tokenized women of color, especially Black women.” Wintour has been the Editor-in-Chief of Vogue since 1988 and Condé Nast’s artistic director since 2013. Her influence on the fashion industry is undeniable, but what damage has the magazine’s representations of race and Wintour’s treatment of their employees of color caused?

Lee spoke with Black fashion journalists, including current and former Vogue staff, about their experiences working with Wintour. Everything that they had to say speaks for itself.

Vogue, according to 18 people Lee spoke to, hires their employees based on white, Eurocentric beauty standards, “someone who is thin and white, typically from a wealthy family and educated at elite schools.” One former Black employee explains that these standards go beyond the harsh reality of the fashion industry, saying “at Vogue, when we’d evaluate a shoot or a look, we’d say ‘That’s Vogue,’ or, ‘That’s not Vogue,’ and what that really meant was ‘thin, rich and white.’ How do you work in that environment?”

Many Black employees even expressed the need to invent a white alter ego for themselves while at work, with two people using the term “doppelgänger” to describe their second Vogue self.

Wintour has also continued to show indifference when it comes to racially offensive content. In 2017, a white contributor for Vogue praised Kendall Jenner for showing off her appropriative gold teeth at a London fashion week party, describing them as “a playful wink to the city’s free-spirited aesthetic — or perhaps a proverbial kiss to her rumored boyfriend, A$AP Rocky.” When a Black staff member reached out to an executive at Vogue, explaining that the article was wrongly endorsing cultural appropriation, they were not supported. Wintour failed to understand why it was an issue and flippantly said “Well I honestly don’t think that’s a big deal.”

Often, Wintour will call upon junior-level Black employees to attend high level meetings, which Lee describes as “a corporate practice known as fronting,” in order for the magazine to appear less white. One example is a 2017 photoshoot by Patrick Demarchelier (a white photographer, who has been accused of sexual harassment). The photoshoot in question involved Black models wearing headscarves. Wintour, allegedly concerned about whether the photographs would be seen as racist, used a racially offensive term, writing in an email “Don’t mean to use an inappropriate word, but pica ninny came to mind.”

Then, to make matters worse, she specifically requested for a Black staff member to provide their feedback on the photoshoot. Lee writes “The employee, an assistant, told her superiors that the work was fine. The real problem, she continued, according to several people familiar with the meeting, was why a low-ranked person such as herself had been asked to assess it. The room fell into an uncomfortable silence.”

Vogue’s September issue was titled “Hope,” and mainly featured Black artists, models, and photographers—unlike any other issue of the magazine, which has primarily featured thin, white models. The issue came after an email sent by Wintour to the company on June 4, in the wake of Black Lives Matter demonstrations sparked by the murder of George Floyd. In the email, Wintour wrote “I want to say plainly that I know Vogue has not found enough ways to elevate and give space to Black editors, writers, photographers, designers and other creators. We have made mistakes, too, publishing images or stories that have been hurtful or intolerant. I take full responsibility for those mistakes.”

But this type of performative display is not enough to make up for the harm caused by the racism that Wintour has continued to cultivate, not only in the pages of Vogue, but in her offices.

The report can be read in full in the New York Times.