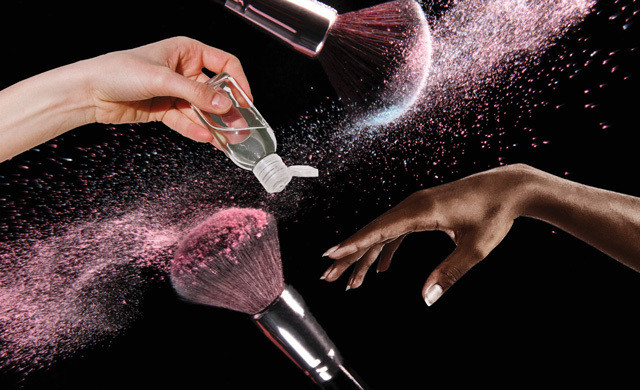 On August 13th, a collective of former Glossier retail employees, Outta The Gloss, published an open letter on Instagram to the popular makeup brand company calling out the blatant racism, transphobia, ableism and lack of accountability that the company failed to acknowledge and ignore.

The open letter addresses various encounters that many retail employees, especially those who are LGBTQIA+ and/or BIPOC, also known as Offline Editors in the brand, experienced that were hostile and violent. Encounters such as verbal and physical harassment from customers and managers. In which managing staff did not address nor acknowledge or support the employees. Furthermore, the toxic and harmful environment that the employees faced such as no AC in buildings during sweltering NYC heat, rat infestations of Flagship buildings and not having the basic necessities of a clean or even existing break room.

The letter also points out how the image of Glossier is calibrated and configured into a thinly veiled democratic/progressive company that focuses on “diversity and inclusivity.” But in reality, that is not the case, when the company’s employees who are LGBTQIA+ and/or BIPOC are speaking out against this harmful and toxic space.

Glossier is in a unique position to work with former retail employees who truly want to see it be better. Link in bio to our open letter and list of demands. #outtathegloss #pullupforchange #glossier

“This whole experience has been cathartic,” WK* said, as I sat with some of the collective representatives via Zoom. “I have been out of the company and that environment for about a year now but it’s hard to forget what we’ve experienced and what we’ve seen. There was a lot of gaslighting. A lot of your feelings and experiences are invalidated.”

They continue to explain no matter how many times they brought up to higher management, including CEO and founder of Glossier, Emily Weiss, it was a negative experience and was ignored. “We were tokens for the brand and that was really frustrating.”

@Outtathegloss specifically operating on Instagram was a very intentional choice. “One of the reasons we choose Instagram is because the brand kind of uses it as a direct channel to its consumer base. And by having us working in the store, for a really long time, we know the consumer well, so we knew to choose Instagram as the primary channel it would be received by the consumer,” CP mentioned.

The collective was always inspired to use Instagram as a means to get the message out and hold Glossier accountability through other worker solidarity organizations such as @flewthecoup, a collective speaking out against racism and violence at women’s social network club “The Wing.”

On August 17th, CEO and founder Emily Weiss posted on her Instagram account a letter of “apology and public acknowledgment of the pain and discomfort these former colleagues experienced while working to build a brand they believed so deeply in upon their arrival.”

Over the past three months, through conversations with members of Glossier’s retail team and, more recently, via @OuttaTheGloss, it’s become clear that we’ve failed to ensure that all voices are heard, and protected, within our internal community. Thank you to our former colleagues for holding us accountable—I am sorry we let you down. We are committed to building the future of Glossier retail, and the future of Glossier, around an equitable, inclusive, and anti-racist employee experience.

But previous to the more widely seen public apology, OuttaTheGloss posted August 14th addressing to Emily Weiss apology that was posted on the corporate blog was performative and insufficient.

“We’re all used to the placating Glossier tone, especially from management. The “we hear and we see you. We understand and it will be taken care of” tone, that will never come to fruition,” another former employee KM shared. “Our main message at this point is that this is the beginning. And if there is real accountability and real structural changes that are gonna happen—that can’t fall by the wayside or fall to the internal team because the internal team does not hold our trust.”

While this is not first, nor the last of companies being called out and held accountable for irresponsible and harmful work environments, there is a trend of a culture that looms through that inadvertently takes away the importance of accountability. It can quickly dismantle and reduce an opportunity for change growth, futurity to finger pointing, disposability and vague understandings of the actual problem.

It also signifies a problem in which many white feminists ensure and ultimately created: just because it is women owned, specifically white woman owned, led or created does not mean it cannot be racist, transphobic, or ableist.

There always needs to be accountability no matter who you are.

Outta The Gloss doesn’t see their call out as any form of cancel culture. To them, they trust that the engagement with OTG is doing from the followers and supporters on Instagram see it is not a round and through cancellation.

“We never mentioned cancelling or boycotting Glossier. I think, with the younger demographic, people are more inclined to see this whole cancellation stuff going on and saying ‘there's nothing to do to fix it.’ That is very detrimental to our collective because we are offering improvement here and people are outright disregarding that and cancelling Glossier,” said AM.

“A lot of us operate from a non-carceral mindset and go so far as to say an abolitionist mindset. We very intentionally do not use that language of cancelling or boycotting because one, well Chris Brown still has a career and Tory Lanez is still out in the streets. It doesn't work,” said PJ. “And two, we put in the labor to write out demands to make out the changes. There is room for this to work—for people to work in healthy and safe work conditions.”

“I think specifically looking into the terms of Glossier, the outpour of responses from other employees at other locations is really eye-opening to see how far and wide the culture has spread under the guise of inclusivity that they have mastered themselves so publicly. And for people to share their own testimonials, it is really energizing,” CG shared.

It also reveals the culture of capitalism that insulates the poor and violent treatment of people in service industry jobs.

“I think something has been illuminating for me, is that a lot of people say ‘This is what happens in retail, so if you can't handle that then look for a new job.’ It is illuminating because it's how racism and any type of oppressive behavior continues. It is so normal for people to treat customer services like shit,” said CP.

“What's most heartening is that Glossier response to us, even if it's a menial gesture- gives me hope, that there will be change. But it's still disturbing that people expect service workers to be screamed at or abused.”

Present day, the demands from OTG have been met—to a degree. Let’s just say there’s way more work that needs to be done. Having called out Emily Weiss for lack of transparency and accountability from her initial, insufficient apology on the company blog, then led to her public apology on her account. According to their recent post, OTG listed out their demands to see if Glossier’s current action and response aligned with them. So far, only public apologies have been made, contacted some of the former Offline Editors, and made promises for change.

One month ago, on August 13th, we published our open letter to Glossier and a list of demands. Today, we are reflecting on those demands and which of them have been met so far. There is still much work to be done, and we aren’t backing down. ✨ #outtathegloss

Only time will tell. Let’s hope that Glossier takes swift action and steps up to the plate to set the tone for what a company or just decent human beings should do for one another. Not just for watered down makeup.