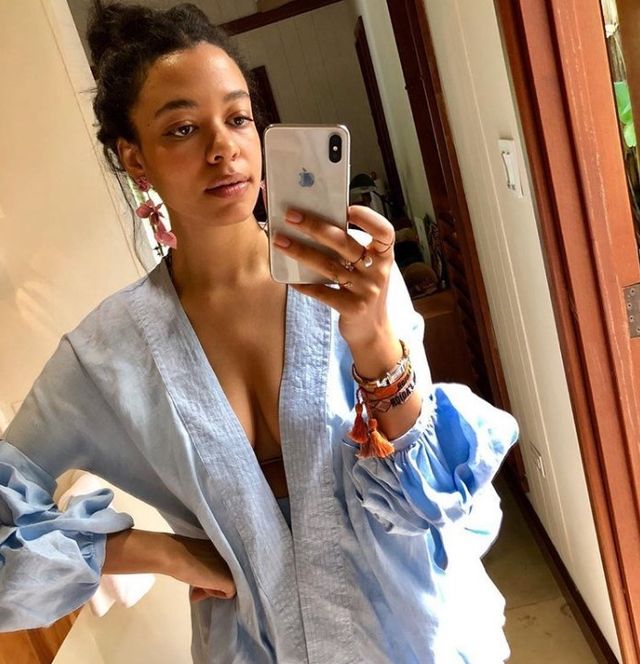 When it comes to true racial justice, making one-time donations to bail funds and posting black squares on Instagram has proven not to be enough. Following the viral murder of George Floyd, people all across the world took to the streets, shared information on how to support the Black community, and posted on social media in solidarity with the recharged Black Lives Matter movement. However, Aurora James, the founder and creative director of Brother Vellies, knew that as a consumerist society, we could go deeper.

“This is the least you can do for us. We represent 15% of the population, and we need to represent 15% of your shelf space,” James stated on Saturday, May 30, in an Instagram post introducing the 15 percent pledge. Tagging major retailers in her post, James urged brands to adequately address structural inequality in America by making room for Black-owned brands. Earlier this week, the initiative saw a big win after Yelp announced that they were committed to the pledge. The shift won’t happen overnight for large corporations, so James provides three actionable steps on the organization’s website.

The first step is taking stock of the percentage of shelf and contracts given to Black-owned businesses and suppliers at present. Second is taking ownership of the findings and interrogating how existing spots and biases within your company and society at large have led to the disparities, as well as publishing the results internally and externally to inform a new vision for “business as usual.” The final step is taking action by defining and publishing a plan for growing the share of Black businesses you empower to at least 15 percent, alongside a concrete strategy by which you plan to stay accountable to and transparent.

James’s own brand, Brother Vellies, partners with artisans across Africa to preserve centuries-old techniques, serving as a blueprint for providing products that also do good.

The fifteen percent pledge is vital because it can translate directly into uplifting Black communities, especially in the wake of the COVID-19, where communities of color have been hit the hardest.

“Whole Foods if you were to sign on to this pledge, it could immediately drive much needed support to Black farmers. Banks will be forced to take them seriously because they will be walking in with major purchase orders from Whole Foods… Small businesses can turn into bigger ones. Real investment will start happening in Black businesses which will subsequently be paid forward into our Black communities.”

It is impossible to separate race, gender, and capital when trying to achieve restorative justice, and as James stated, this is the least companies can do. The fifteen percent pledge is a long-term call to action, and so far, massive corporations like Sephora, West Elm, and Vogue have stepped up to the plate. A post on the organization’s Instagram reads, “We’re asking for progress, not perfection.” The fifteen percent pledge is precisely that, a small step in the right direction.

Project Runway's Elaine Welteroth Spills On Trailblazing Past, Being "More Than Enough," And Leaving The Door Open Behind Her

Celebrating Women's Equality Day: A Look Back At Where It Began