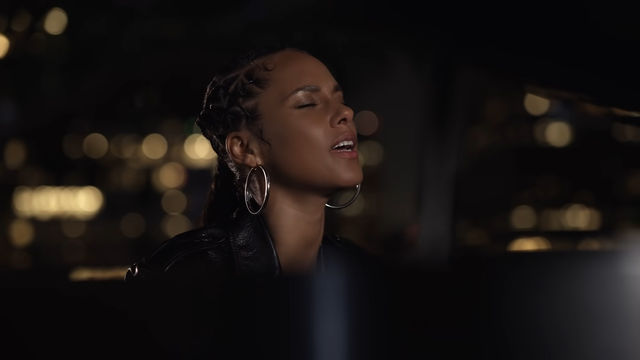 Alicia Keys recently announced that she was coming out with a beauty line. Because the singer-songwriter is known to not wear makeup because of the unrealistic beauty standards forced on women and girls, this upset some influencers. Namely, the popular beauty influencers James Charles and MannyMUA. Both of them took to Twitter to tweet their frustrations in now-deleted tweets.

James Charles and Manny Mua both shade a celebrity who is launching her own beauty line and many think it’s Alicia Keys because her whole brand throughout the years has been No- makeup makeup looks.
Thoughts? pic.twitter.com/ZVr5JLdtt1

These tweets were met with fierce backlash because there’s one key problem in their critiques: Keys isn’t releasing a makeup line. The line she’s releasing will focus on lifestyle and skincare. It also came off as a bit hypocritical, because I don’t remember them making statements when Shane Dawson released a makeup line with Jeffree Star, despite him never being interested in beauty prior to the release of his palette. Some have also noted that they both seem to support Selena Gomez’s upcoming makeup line, even though Gomez is also not involved in the beauty industry and doesn't wear a ton of makeup. MannyMUA went as far as to say in a reply that in his original tweet, he wasn’t shading Gomez and he was excited to try her makeup.

of course, her team already hit me up to send me the new goodies, i’m excited to try them ?

Many people were upset with their tweets and let their opinions be known. Twitter users thought that James and Manny were disrespecting a Black woman and being micro-aggressive. Many people also pointed out the hypocrisy of them not caring about other celebrities who aren’t known for makeup creating makeup brands, and accused them of gatekeeping the beauty community.

How does manny and James Charles shade Alicia keys aka a black women for starting a makeup brand and at the same time say they are excited for Selena Gomez makeup company to start .... like make it make sense ?

james charles had nothing to say when shane dawson released a makeup collection but when a black woman does it he shames her? pic.twitter.com/qAWFOopfos

James Charles being loud as hell to subtweet Alicia keys but was quiet when little miss Charli and Dixie D’amelio announced their collaboration with Morphe, keep the same energy shishtar or shush! pic.twitter.com/qE4wWC03Xv

i’m actually so annoyed. you’re REAL loud when disrespecting black women but won’t dare raise your lips against a white woman doing the same thing ur trying to drag a black woman for doing.

Both James Charles and MannyMUA took to Twitter to release apologies. James Charles apologized directly to Alicia Keys and acknowledged his microaggressions.

Both took to Twitter to apologize, but many people did not find their apologies sufficient. They were unhappy with the fact that they disrespected Alicia Keys while staying silent while other celebrities like Shane Dawson, the D'Amelio sisters, Selena Gomez, and others released products.

Girl fuck you period! You have been making the same makeup looks for the past 2 years and don't contribute anything productive to the beauty community! If Alicia wanted to make a make-up line she can do that. You're not nor will you ever be on her level! https://t.co/dW7w4hwduK

James Charles made micro-aggressive, racist tweets towards a Black woman and in his apology tweet you have white people calling him strong and admirable while accepting his apology.

Please white people for once in your life: pic.twitter.com/mO6XzrJl9F

why is james charles shading alicia keys when his white friends who don’t wear makeup are also launching makeup lines. also she is wanting to do skin care, but nevertheless that doesn’t change this situation all. leave black women alone you creep.

It also isn’t the first time either of these beauty influencers have been in hot water: controversy seems to follow the beauty influencer community around, and these two are no exception. James Charles has been called out for racism before, along with a myriad of other things, and was also involved in the Dramageddon 2 scandal in the beauty community last year. MannyMUA has also been accused of racism as a part of the original Dramageddon controversy.

It’s good that both of these influencers have apologized for their statements regarding Keys’ new skincare line, but for some it may not be enough, especially considering both of the influencers involved have past baggage.

Alicia Keys’ beauty line will be released by e.l.f. Beauty.

What We Can Learn From Alicia Keys' Memoir “More Myself”

Alicia Keys, Beyonce, And Janelle Monae Reveal 23 Ways You Could Be Killed If You Are Black In America