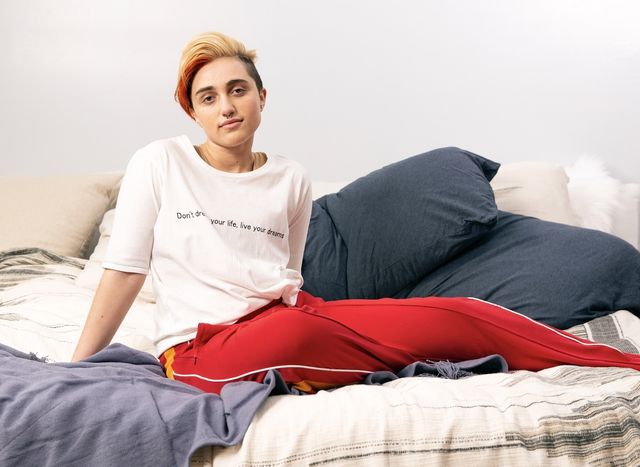 Gucci just released a new genderfluid clothing collection called “Gucci MX,” which dropped on July 22. On their website, they have a men’s, women’s, children’s, and now an “MX” category. Gucci describes “The MX Project” as “collections set out to deconstruct preconceived binaries and question how these concepts relate to our bodies.”

As to how they do this, I’m not entirely sure. According to Pink News, the addition comes after creative director Alessandro Michele’s announcement that Gucci would no longer host gendered fashion shows. They have, however, created a genderless version of their iconic 1961 Jackie handbag. According to the brand’s Instagram account, #AlessandroMichele changed its look by proposing it "in a mini size, with a minimal silhouette." Ah yes, let’s conflate gender neutrality with thinness and androgyny. The bag is cute though, I’ll give them that.

@alessandro_michele redefines one of the House’s most recognizable bags with a genderless attitude and multi-styling. The creative director imbued the #GucciJackie1961 with a new relevance for the contemporary. Sourcing a vintage Jackie bag design from his own archive, #AlessandroMichele changed its look by proposing it in a mini size, with a minimal silhouette. Exclusively debuting on Gucci’s website, the small GG motif Jackie 1961 handbag is available now and the leather styles can be pre-ordered. The new bag will be featured in the MX section on Gucci’s website: a hand-picked selection of clothing and accessories with a gender fluid approach launched today. Discover more through link in bio.

Not only is the bag tiny, but it has a “non-binary attitude,” which is just… sigh. Clearly no one on Gucci’s marketing team is non-binary, because they wouldn’t have approved that statement. Non-binary is a gender identity, not an attitude.

Even though Gucci probably launched this campaign in good faith, they’re perpetuating a lot of harmful stereotypes about non-binary folks. Most of the models sporting the MX collection are tall, white, thin, and androgynous. Of course, the overrepresentation of thin bodies is no surprise in high-end fashion. But thinness is also associated with an absence of gender, and let’s remind ourselves why that is. Thin folks might be rendered genderless/sexless by society because they lack curves. And curves are often associated with femininity, which is part of the reason why it’s easier for us to conflate androgyny with masculinity.

Here’s my next installment of my Myths series. I noticed straight away that I could build on each page for days. But for now it’s confined to the space. What really stood out to me is that in a panic we put so much pressure on non binary people to fit into a box. And by our very nature, people with non binary genders just cannot and should not have to stick to unspoken rules about our own existence. I think mostly that allies need to relax and remember that (in the words of my pal @drawingsofdogs ) people are experts in themselves. And that being a valid non binary person is not a journey. It’s a destination you reach when you realise you are non binary. W xxxxxx . . . #nonbinaryartist #queerartist #queer #lgbtq #trans #genderqueer #transgender #transgenderartist #artist #art

A post shared by Wednesday Holmes (they/them) (@hellomynameiswednesday) on Dec 6, 2019 at 3:59am PST

These myths about non-binary identities, as they’re so concisely laid out in Wednesday Holmes’s Instagram post, lead to the erasure of non-binary people who are fat, femme, disabled, and of color. Of course, masculinity is a huge part of this spectrum, but we represent countless other sizes, shapes, and identities that the Gucci collection fails to include.

As a non-binary femme, it’s hard to get excited about this campaign when I see myself and so many others left out. So instead of giving Gucci brownie points for adding a tab to their website and altering a purse, let’s support the gender non-conforming folks who are already doing work in the fashion industry and advocating for gender-inclusive styles.

Check out GFW Clothing, a gender-neutral clothing brand that is inclusive of different body types.