The Surprising History of Women and Pockets

Details
BY BUST Magazine
IN Style
Published: 13 May 2020 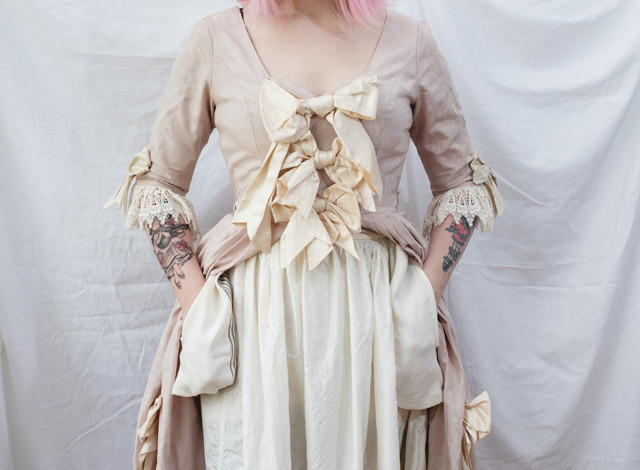 There’s a scene in the 1917 film Poor Little Rich Girl when Mary Pickford, the adult actress portraying the 11-year-old title character, is punished for naughtiness by being forced to turn in her frilly dress for a suit of boys’ clothing. Standing before a mirror, she pouts at first, then sticks her hands into her pockets—and discovers what a fine, freeing, and powerful thing menswear can be. Pickford’s face radiates joy as she rises on her tiptoes; it’s a glorious moment.

By then the pocket had, for centuries, been a potent symbol of gender politics. According to historian Barbara Burman, the presence, absence, style, and number of pockets in men’s versus women’s clothing reflected such esoteric concepts as privacy, agency, and earning power. A man’s business suit in the early 1900s had as many as 13 pockets in its trousers, waistcoat, and jacket. The wearer could store keys and a wallet, and negotiate the world hands-free. At the same time, women’s pockets were more ornamental than utilitarian, leaving them to juggle a “reticule” (a tiny drawstring purse) along with shopping bags, babies, and children.

Sewn-in pockets were added to European and American menswear around the mid-17th century. But women used pockets of the type seen here, which were tied around the waist and hung between layers of petticoats underneath the outer dress. Slits in both allowed the wearer to slip her hand into the pocket. They were utilitarian: a woman could swap out a single set of tie-on pockets under multiple dresses, and they could hold enormous amounts of things. Burman found that women pickpockets in 17th-century London stuffed bills, coins, “gloves, jewelry, watches, buttons, earrings, and mirrors” along with other plunder into their tie-on pockets.
Tie-on pockets largely fell out of style in the late 18th century, when the clingy fabric of newly fashionable neo-classical dresses made lumps and bumps all too obvious. As the 19th century progressed, hoopskirts and crinolines allowed vastly more real estate for pockets, but the argument that these would ruin a fashionista’s profile persisted. Skirt pockets remained “impossible,” the British fashion magazine Queen told readers in 1882, because “if they contain anything beyond the finest of handkerchiefs, they bulge and make themselves ungracefully apparent.” 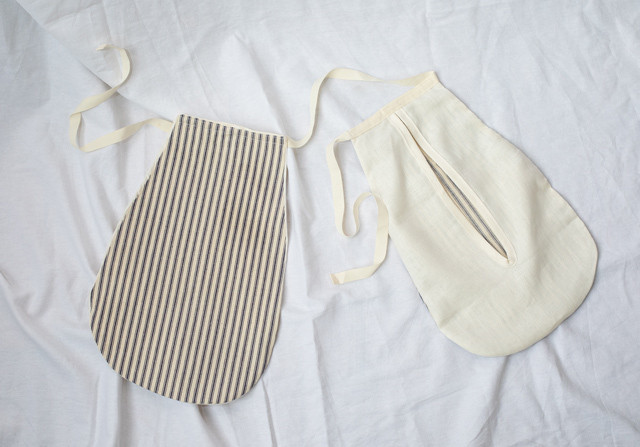 Pockets became overtly political as women fought for the vote. A proposed “suffragette suit” of 1910 featured “seven or eight of them,” all easily accessible. “Fancy a man without pockets! He would drop his handkerchief and run around looking for things like a helpless woman,” wrote Virginia Yeaman in Vogue in 1918. The article’s title “Pockets for Women” was a twist on the suffragist slogan, “Votes for Women.” Now that women “could vote,” Yeaman hoped they would “vote for pockets.” (Yeman’s chronology was a little off. The 19th Amendment passed the House of Representatives in 1918, but failed in the Senate by two votes. It was eventually ratified in 1920.) The “likenesses and dissimilarities” of men and women, she wrote, would never “be revealed until the contents of their pockets may be compared.”