This Fashion Company Is Dressing Female Candidates for Free 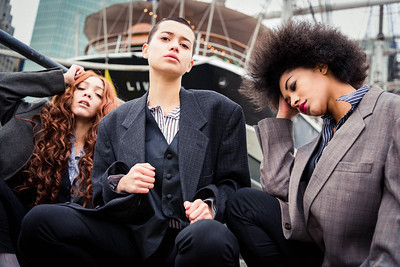 Fashion company M.M. LaFleur is aiming to give women in politics one less thing to worry about. The fashion retailer, founded in 2011 by Sarah LaFleur and Miyako Nakamura, is a multi-million dollar earning company that caters to women by curating looks for clients.

The founders understand the very real fact that clothing can be an expense that some women cannot afford and this has prompted their Ready to Run line, an initiative that will dress women vying for office. This line is LaFleur’s way of making the balancing act of running for office and wanting to be taken seriously a bit easier to manage.

The scrutiny women face in politics is longstanding and holds steadily to this day. Notoriously during her presidential run in 2016, media outlets seemed more invested in what Hillary Clinton was wearing during debates and campaign stops than what her policies were. Arbitrary dwellings such as clothes can hamper and shift the focus, but retailer M.M. LaFleur’s new initiative seeks to lighten the burden. LaFleur encourages women running for state, local, and federal positions to submit their information in order to receive five outfits that are handpicked by the company’s stylists.

The company has had success in dressing politicians and political hopefuls in the past. They’ve styled Florida Democratic Representative Stephanie Murphy and actress Cynthia Nixon, who ran for governor of New York City back in 2018.

Women in government have spoken out about the pressures put on them that their male counterparts do not have to endure. It’s a level of misogyny is, of course, unfair. After all, Pete Buttigieg was able to wear the same suit while on the campaign trail for a few weeks. The standards to which women and men are held are drastically different. A woman repeating an outfit in the public eye can subject her to fierce scrutiny. The simple task of getting dressed in the morning suddenly becomes a strategic operation for women as they’re left trying to figure out what message they are presenting through the clothes they choose to wear.

In an interview with Vogue earlier this year, Massachusetts Senator Elizabeth Warren spoke openly about her fashion choices as she makes her bid to become the Democratic nominee for president this year. Warren said, “When I first ran for public office, I decided I needed a little color, but I wasn’t willing to invest the time in figuring out scarves and skirts and all of that, so I stuck to the black shoes, pants, and top and figured I could put a colored blazer with that.”

After the initial announcement, M.M. LaFleur received well over 875 messages from women all across the country sharing their personal stories and why it was important for them to take part in this campaign. The company is pleased to lend a helping hand to any woman who might benefit from having a few extra pieces of clothing while she pursues a position in office. In an interview with the Washington Post, M.M. LaFleur cofounder Sarah La Fleur said, “A lot of women can’t afford to buy the kinds of clothes that people expect of candidates. If it’s in any way a hurdle for these women, it brings me such joy that we can help alleviate that problem.”

LaFleur will be purchasing clothes herself and lending them out in order to safeguard against any campaign finance laws that would prohibit candidates from accepting such a donation from a company.

Women who are interested can submit their credentials and related information such as their name and background of what office they’re running for to  readytorun@mmlafleur.com.