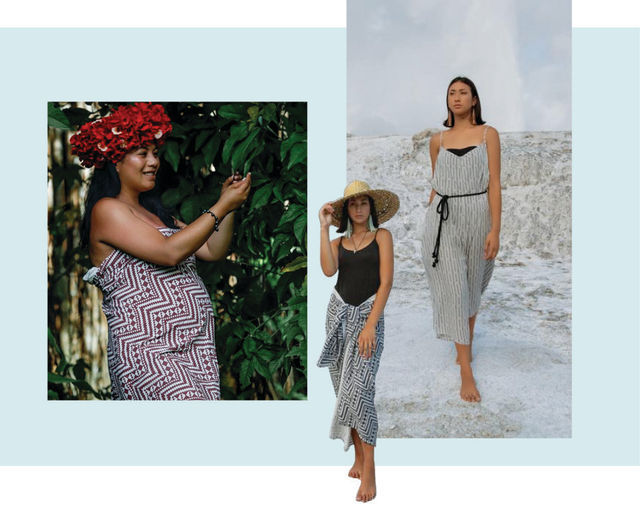 As a Tsalagi-citizen of the Cherokee Nation of Oklahoma, I know firsthand that Indigenous people have always been inventive fashionistas. The long, printed Cherokee tear dress, for example, is believed to have originated during the Trail of Tears era. The fabric was torn and sewn together, since most Cherokee women didn’t have scissors due to the theft of most personal items by the U.S. government. Colonialism left Indigenous style in a wake of shame, but that never stopped clothing companies from culturally appropriating it—with decorative headdresses, fringed leather, moccasins, intricate beadwork, feather jewelry, and anything described as “Navajo” or any other Native tribe, which, unless it was actually made by a member of said Native tribe, is illegal under the U.S. Federal Indian Arts and Crafts Act of 1990. But many non-Natives don’t realize the difference between Native fashion and “Native inspired,” furthering the agenda of colonization. Thankfully, Indigenous designers across the world are more accessible than ever. Here are three whose designs celebrate their people’s culture, beauty, and tenacity.

New Zealand–based designer Adrienne Whitewood, of the Rongowhakaata tribe, draws inspiration from M?ori art and culture, using traditional concepts to “create an emotional connection to Indigenous design,” as she says on her site. Whitewood’s 2019 resort collection features a haehae-patterned Whakarare romper, which uses the M?ori art principle of tatai hikuwaru (disrupted symmetry), and a pareo—a wraparound skirt that can be worn in multiple ways—printed with a diamond motif inspired by a M?ori weaving pattern meant to ward off harmful influences. 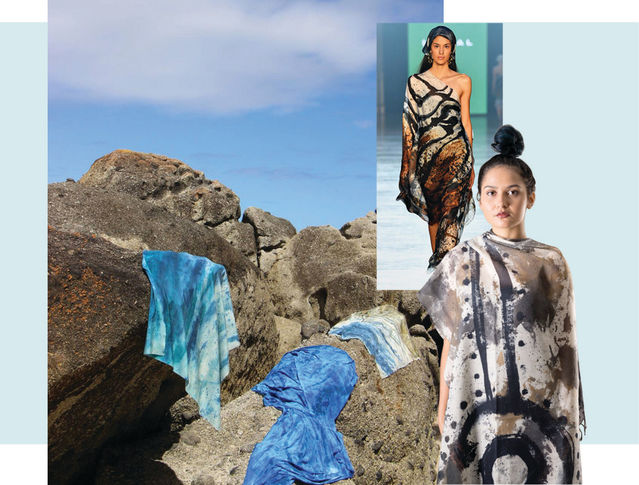 Twenty-three-year-old Australian designer Lyn-Al Young, whose Aboriginal heritage includes the Gunnai, Wiradjuri, Gunditjmara, and Yorta Yorta peoples, honors her culture through her design process. Her pieces are made of silk, which she hand-paints, interweaving traditional tree carvings, symbolic markings, waterways, animal life, and her ancestral lands. These one-of-a-kind pieces can be worn in a variety of ways from scarves to tops to dresses. 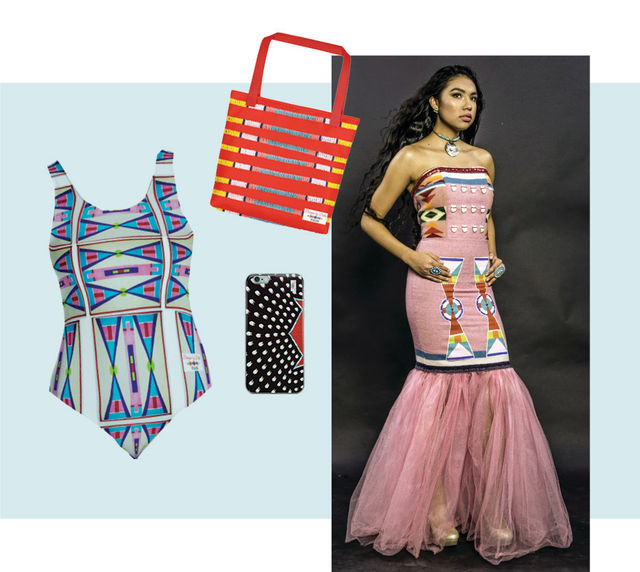 Della Bighair-Stump’s Designs by Della are inspired by her Apsaalooke (or Crow Nation) roots. Based in Montana, Bighair-Stump bridges the past and present with her colorful dresses and streetwear styles, making leggings, bathing suits, and pencil skirts printed with vibrant, traditional-inspired patterns.

Designer Akina Sato Is "Having The Most Fun With Fashion"