Here's What It Once Meant To Dress "Like A Woman" 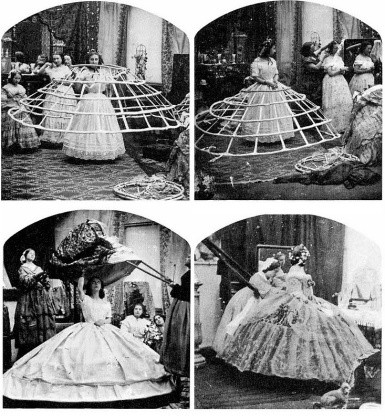 Unfortunately, discussion and dissection of women’s clothing is something of a historic tradition – and many aspects of what it is to dress like a women having remained the same for centuries. Here’s just a glimpse into how women were expected to dress throughout history.

To be beautiful is to be in pain, a fact anybody who has ever worn heels for more than 3 hours can attest to. This is, of course, nothing new, from bruise-inducing heavy fabrics to mantuas that required hinges to allow for the wearer to get into and out of carriages (and don’t even start on managing doors!).

Being really bloody uncomfortable goes part in parcel with being on trend. Of course, these trends have also proved deadly. Yes, the thing that makes you beautiful can also be a weapon: corsets, of course, are famed for their organ-mangling powers, but crinolines were also a very lethal culprit.

Unsuspecting wearers would catch themselves on a candle and the whole crinoline would go up in flames. To make matters worse, the crinoline’s design prevented the victim from putting the fire out themselves, and any crinoline-clad bystanders were also hampered down by their large skirts and rendered powerless to help – all they could do was watch their friend burn alive within their dress. In 1864, one Dr. Lancaster reported a supposed 2,500 people in London alone suffered this fiery end. 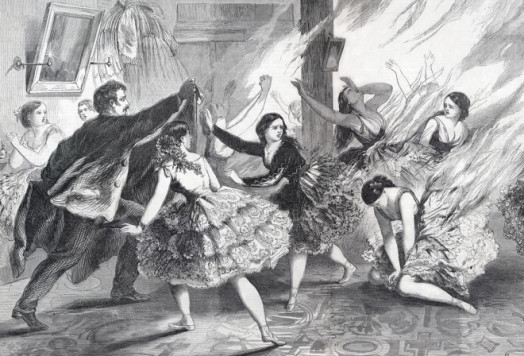 You are what you wear

When you read any book about the wives of Henry Vlll, you will quickly realize the wives’ hoods are an indicator of who they are as people: Anne Boleyn with her rule-breaking and saucy French hood, Jane Seymour trying to appease with her plain and ungainly English hood, etc., etc., etc. The clothes are packaged as an integral part of these women’s core identity. 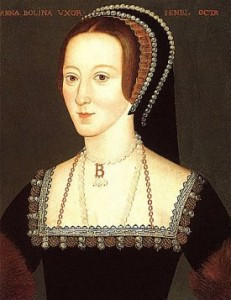 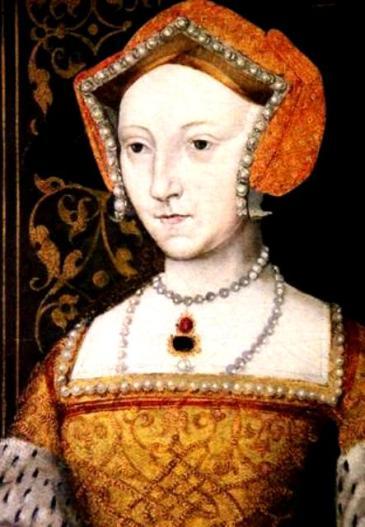 Even executions of women in this period turn into a (blood-soaked) runway. Catherine Howard, newly conservative but still glamorous in dark velvet; Lady Jane Grey, pious in black; and Mary, Queen of Scots, working rebellious martyr chic in crimson. What you wear is who you are, even if that could not be further from the truth.

Margaret Cavendish, forerunner of Science Fiction, poet,and one of the first philosophers to really dive into the gender divide was maligned by her peers. She was seen as a bimbo. 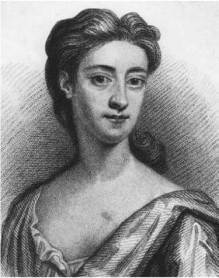 Cavendish loved fashion and dressed vividly and eccentrically. Samuel Pepys described her as ‘conceited and ridiculous’ and her ‘dress so antic’: one of the greatest minds of her time overlooked, because her dress was a bit out there. But don’t worry, Pepys also describes her as a ‘good comely woman,’ so everything’s fine, really.

The sex is in the heel

If you are a woman then, at some point, you will have been told that you are dressing too provocatively (you bitch) or not provocatively enough (you bitch). Yes, the debate on putting it away vs. putting it out there is long and aged and something everyone, apparently, has some kind of stake in.

For example, if you were a woman in the court of Charles ll, then your neckline would be low to the extent that nipple paint would be a thing in your life – go and find any portrait of a bright young thing of this court and you will find an image of a woman barely containing her breasts (if they aren’t just out and roaming free). It seems like the birth place of liberal love for the raw female form, free the nipple and all that…but, for the love of Christ, don’t show an ankle, because a naked breast was one thing but a naked ankle was seen as scandal itself.

Take our old friend the corset. It was seen as key to maintaining the ideal female figure: a waspish waist, curvy hips, and breasts. A narrative was created around this fashion, and it became a sign that you were someone, feminine, rich, desirable, demure, and sophisticated all at once. Yet at the same time, the corset became a symbol of loose morals: it pushed up the cleavage and alluded to the hips and vagina.

To dress like a woman is a myth and one far more complicated than I have been able to touch on in this (another time, perhaps). It is an ever-changing goalpost built on cultural expectations and outdated stereotypes. It exists…it clearly very much still exists (hey again, Mr. President!) but it doesn’t have to be something we adhere to. We can look at history and notice the rule breakers, the women that created their own fashions and lived how they chose.

This article originally appeared on F Yeah History and has been reprinted with permission.