Details
BY BUST Magazine
IN Style
Published: 21 May 2019 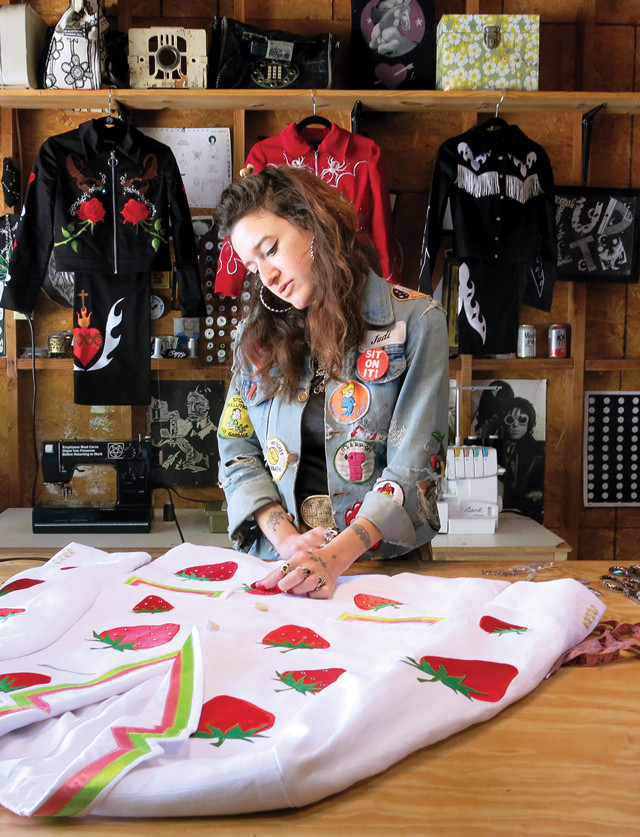 IF SOME DUDE on Craigslist hadn’t dicked her over when she tried to buy his chainstitch machine, Judith Pierce, the “stitch witch” behind Rose-Cut Clothing (rustycuts.com), may have never tried appliqué. Using this needlework technique, she no longer needed expensive, specialized equipment, and her line of Western-inspired pieces was born. The L.A.-based designer had been using vintage fabrics—from velvet paintings to old Star Wars and Budweiser sheets, “every kitschy thing that you can think of,” she says—when she decided to lean into her obsession with Nudie Suits, the insanely decorated outfits by tailor Nudie Cohen that were de rigueur for Nashville stars in the ’60s and ’70s. After the attempted chainstitch machine purchase, Pierce began making themed pieces by cutting shapes out of satin and intricately stitching them onto custom-made or vintage suits; most of them are finished off with hundreds of rhinestones, handset with a rhinestone setter from the ’50s that she scored at an antiques mall. 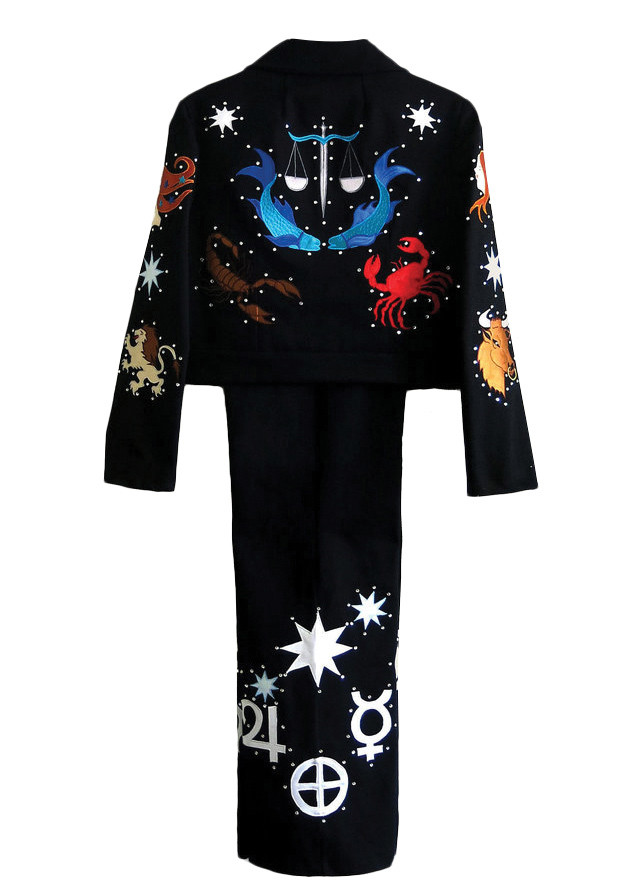 Snakes, roses, spider webs, and zodiac symbols are some of her oft-used icons, and one standout ensemble is covered in bats, coffins, and lightning bolts. Pierce’s current fave was inspired by a trip to Greece. “I just did a mythology suit,” she says. “I thought of myths and symbols of Greek gods and figured out which ones I could appliqué.” Pierce has been sewing since second grade, when she took lessons from a lady who advertised in the classifieds. That’s where she learned the basics, “then I taught myself everything else from patterns and the internet,” she says. In the last few years, she’s dressed musicians including Post Malone—her creations (in collaboration with the rapper’s stylist, Catherine Hahn) prompted Vogue to crown him our modern-day Elvis—Margo Price, and Elle King, who wore one of Pierce’s jackets to record with Dolly Parton. “Apparently Dolly said she liked it,” says Pierce, “so fingers crossed.” 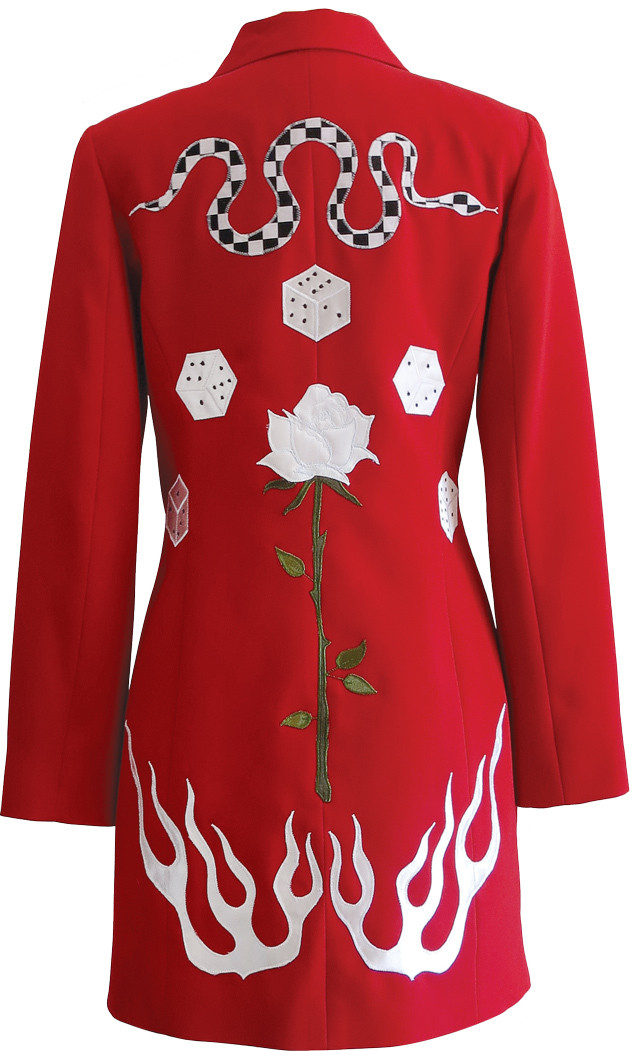 Get Back On The Chain Gang With This DIY Belt

These DIY Craft Projects Put The Fun In Feminism