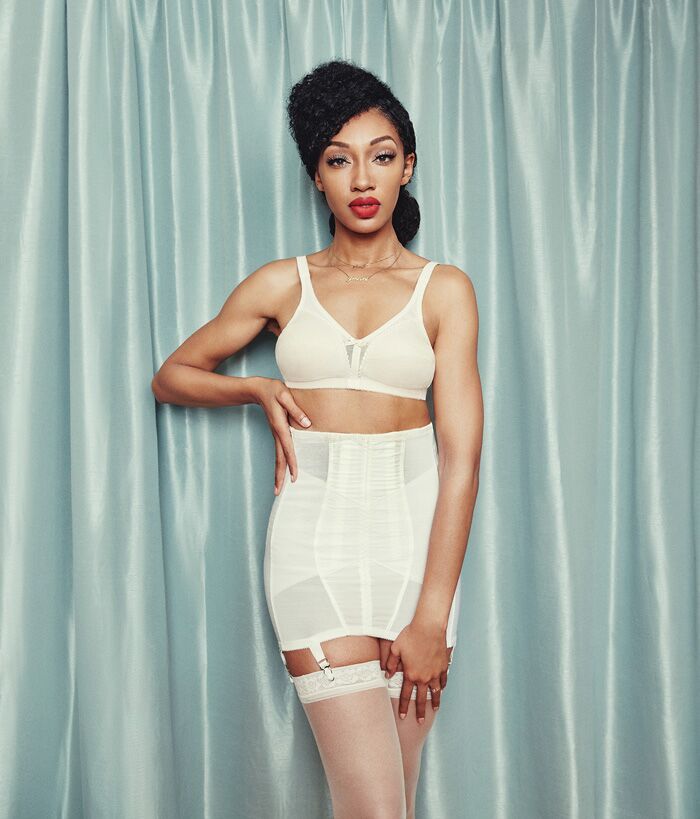 But girdles made of rubberized elastic promised freedom to an earlier generation of flappers, especially when compared to the heavily boned and laced corsets worn by their mothers and grandmothers. A 1921 article in The Corset and Underwear Review reported that these new foundation garments allowed “the wearer to walk comfortably, to jump at high tennis balls, to bend while teeing off at golf, or to dance gracefully and easily.” A lingerie saleswoman at Manhattan’s Bonwit Teller department store told the same publication that once women discovered “comfortable, flexible girdles,” it was “hard to believe” they could “ever be persuaded to…return to stiff, nipped-in corsets.” Fashion magazines showed bob-haired flappers dressed in open-bottomed, zippered girdles that began at their waists and ended with dangling garters just above their dimpled knees, perfect for wearing under the new, short dresses.

The development of stretchy, synthetic fibers like Lycra and spandex in the 1950s revolutionized girdle making. They could be knit into powerful fabrics (Lycra was three times as strong as rubber) and dyed into an array of colors. Thanks to these innovations, panty girdles (so called because a panel of fabric over the crotch created legs, and dispensed with the need to wear a separate garment) lacked the zippers and boning of the heavy-duty older models.

Today, a woman might reach for Spanx before a big date, but in the 1950s and ’60s, fashion demanded girdles for everyday wear. They kept one’s flesh from jiggling in a sexually suggestive way, and this was deemed important for tweens and teens as well as for their mothers. Humorist Cynthia Heimel remembered the “torture” of wearing her first girdle at age 11.

Casual occasions were no excuse to go girdle-free. Fashion designer Anne Fogarty counseled in her guidebook Wife-Dressing: The Fine Art of Being a Well Dressed Wife (1959) that they “mustn’t forsake a girdle” when cleaning the house because it gave “necessary support to your active body.” Good Housekeeping recommended that those who “bulge a little in the wrong places” consider wearing a rubber panty girdle under their swimming suit.”

Only six years younger than Robin Morgan, Heimel believed her suffering, and that of “millions of little girls” her age and younger, “brought a sea change to the world.” The girdle was “the straw that broke the back” of her generation’s complacency. “Without panty girdles,” she wrote, “modern feminism might never have been invented.”

Designer Akina Sato Is "Having The Most Fun With Fashion"