This Beauty Brand Is Using Skincare To Fight The GOP 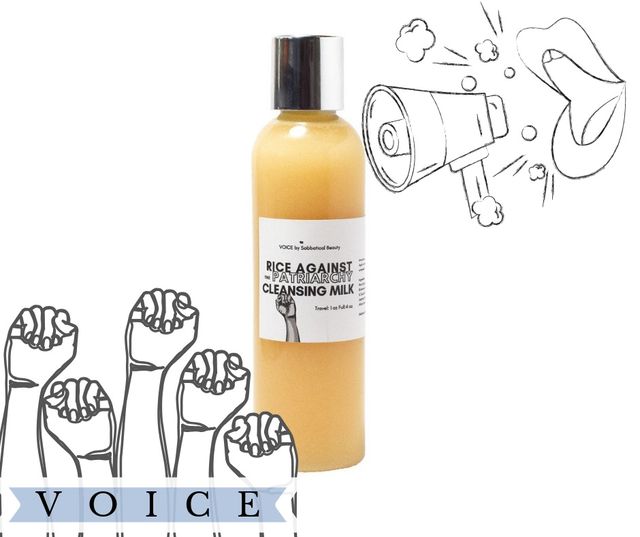 Imagine, if you will, a world where you can obtain a radiant complexion simply by telling the GOP to fuck right the hell off. This is the world that Adeline Koh is working to create. A former academic, Koh founded Sabbatical Beauty to make high-quality Korean-inspired skincare more accessible. While their formulations have gained cult status for efficacy, the brand’s Facebook group serves as a haven for beauty lovers who support women, people of color, and the resistance as a whole.

After a post-inauguration “diatribe” in the group made Koh’s political stance crystal clear, she decided to go all-in and use her brand as a force against oppression. On October 7th, she launched the VOICE collection in response to Kavanaugh’s confirmation. This limited-edition set includes boldly named products like the “Rice Against the Patriarchy Cleansing Milk” and “Bite My Sparkly Snowflake Ass Lip Balm." Despite being unable to use Facebook ads to market the launch due to the political nature of the line, the first round sold out in less than 8 hours. 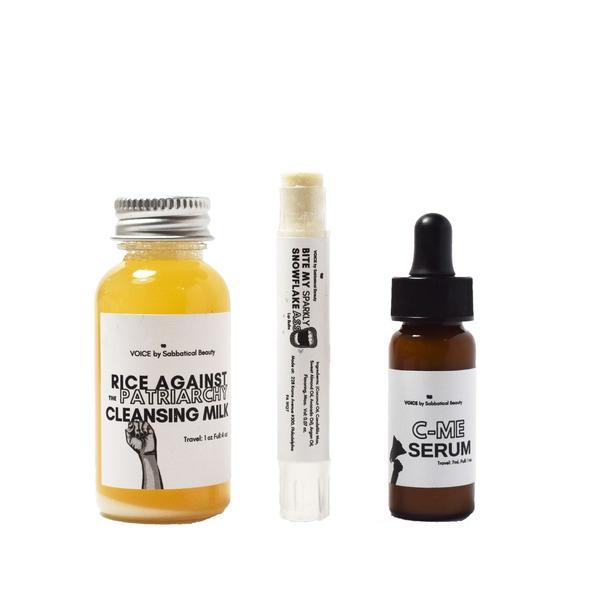 The intensely loyal community that Koh has tirelessly cultivated proved more impactful than any marketing campaign could have, by engaging fans (or SBees, as they’re affectionately known) for everything from testing products, to naming items, to ultimately selling. She does this by validating the group’s anger and providing a useful result to come out of a rage purchase: 10% of the proceeds for the VOICE collection went to the Swing Left District Fund to help Democratic candidates in races where they needed it the most.

After the success of the VOICE collection, there’s no doubt that Koh has tapped into something that’s not going away anytime soon. By continuing to provide such high quality products, guidance, and support, Koh has activated a group of women that are fierce, empowered, and have absolutely stunning skin. Yelling at Republican politicians alone may not be enough to nourish your crops and clear your skin at this point in time, but thanks to Sabbatical Beauty, you can get pretty damn close. I sat down with Koh to get the full story behind the VOICE launch and chat about her plans for Sabbatical Beauty. 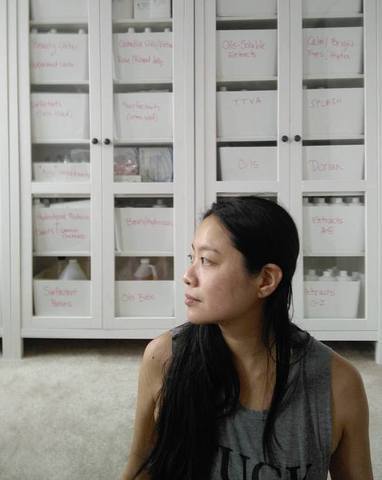 So tell me about this launch! Was it something you already had in the works or was it 100% in response to Kavanaugh’s confirmation?

Well, I mean, this isn’t the brand’s first foray into politics. [Laughs] During the whole sham of the Kavanaugh investigation, I was actually at two different conferences that centered on empowering women. I was really busy, so I wasn’t paying as much attention as usual, but when Kavanaugh got confirmed, I just kind of lost it. I basically had this idea on Saturday, and I was like, “We’re launching this tomorrow.”

So was this a remote launch for you?

I started working on it on the plane! We had actually developed these products already. They were tested and I knew they would do really well, so we just changed the names and branding and set it loose.

Were you expecting it to sell out like that?

I was just like, “Let’s make what we have with the ingredients we have, and let’s see how it goes.” I didn’t expect it to do as well, because like I said, we had very little lead up to it. And Facebook has revamped a lot of the policies for advertising. Now if your ad references anything vaguely related to politics, you have to go through this whole process to verify your identity. So I couldn’t run any ads! Normally I run a bunch of ads to get people excited, but I couldn’t do that this time. I asked people to share what they could, and it really took off.

[The success] really surprised me. I think it was the combination of the moment, where everyone was like, “Fuck this! I really want to rage-buy something that makes me feel good!” And this was like the perfect thing! Like ,“It makes me feel good, it fits with my values, and it gives a donation to Swing Left, what could be better?”

You’ve built up such an incredible community. What’s next for SB?

I want to see Sabbatical Beauty as a tapestry of all voices. I find my job now to be way more fulfilling than when I was a professor, because we have a real community of people who are impacted by each other, and I can see real change. The people who work with me have a lot of creative control, because I think me dictating things would be kind of boring.

I’m also starting a free video series called the “Boss Foundations” series, which will give people a taste of how I put stuff together. I’ll be offering masterclasses, and I’m coming out with a podcast soon. I basically have three pillars to my system: how to learn really fast, how to be confident so you can execute what you learn, and what systems I use to streamline things so I can get everything done and still sleep at night.

I love your conviction. Have you always been so outspoken?

Yeah, it’s gotten me in a lot of trouble. [Laughs] But it’s also gotten me a lot of people who really respect me, because I don’t back down. I stand up for what I believe in. After the 2016 election, I was so pissed off. We had a party to kind of commiserate and gain strength after Trump won, and I had kind of gone on this weird diatribe in the Facebook group, basically saying, "This beauty brand supports all women, especially women of color, so if you’re a Trump supporter, you definitely don’t support any of those things, so you’re not really welcome here and you’re free to leave." And that caused a BIG backlash.

Yeah, I was kind of like, “Just leave. If you’re a Trump supporter, you deserve bad skin!” [Laughs]

Fanny Packs Are Back—Here Are 5 Of Our Favorites

Marley Crusch is a Houston-based feminist, writer, and nerd. Follow her on Twitter @mindcrusch or hire her at marleycrusch.com