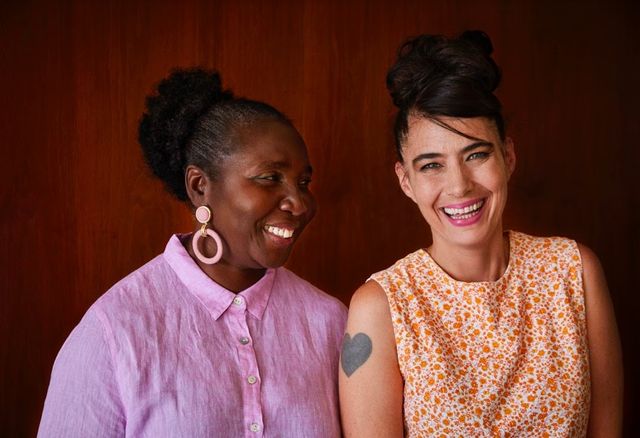 With just one $40 T-shirt purchase, you can send a girl in Togo, West Africa to school for a year. Sound awesome? Kathleen Hanna thinks so, too.

When the musician, activist, and riot grrrl revolutionary first came across Tina Kampor and her nonprofit Peace Sisters, she was instantly drawn to the cause. “[Tina] had a lot of really personal stories because she was a teacher in Togo for many years before she moved to California, and she saw girls constantly dropping out of school,” Hanna tells BUST. “When she moved to California, for 14 years, by herself on a nurse’s salary, she was sending money home. She sent 130 girls to school by herself.”

Hanna met Kampor at an event in Pasadena, and was moved by the work that she’d been doing on her own for young women in her hometown of Dapaong. “She was finally like, ‘hey, I’m doing this, and I need help. I need to open this up to other people.’ That’s really inspirational to me, to see another woman say, ‘I’ve already been doing this on my own, and I’m going to ask for help, because what I’m doing is worthwhile,” says Hanna. “She’s taught me a lot about what it was like for her growing up in Togo, and what it’s like to be a girl there, and I just feel really lucky that she’s taken the time to let me be a part of her project.” 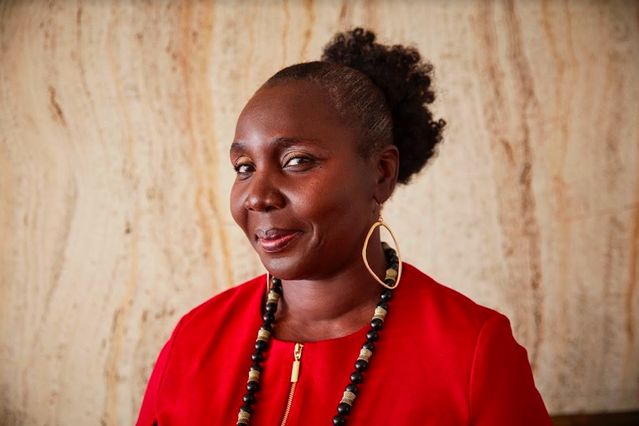 Hanna, who now works as a Peace Sisters Ambassador, had the idea of designing shirts to benefit the nonprofit—and from that, Tees 4 TOGO was born. The images on the shirts include drawings of artists including Carrie Brownstein, Patton Oswalt, Joan Jett, Adam “Ad-Rock” Horovitz, W.Kamau Bell, and Jill Soloway, created by other performers including Seth Bogart, Kim Gordon, and Hanna herself. Each shirt is made sweatshop-free, and 100% of the profits go to Peace Sisters.

Up next, Hanna will head to Togo with Kampor and the Peace Sisters team in 2019. On last year’s trip, Kampor brought over tuition funds and solar lamps. “It turned out these lights illuminated the whole room,” Hanna says. “So even something as simple as Peace Sisters donating these lights helps the entire family, because it means people can cook, people can read, people can do things in the house—and the girls can keep studying.”

Just as the lamps help entire families and greater communities, the far-reaching impact of education for young women is apparent in other areas, too. According to Peace Sisters’ website, research shows that more schooling for girls typically produces more social mobility, increased participation in local government, smaller and larger-scale economic growth, and significantly reduced incidents of female genital mutilation. 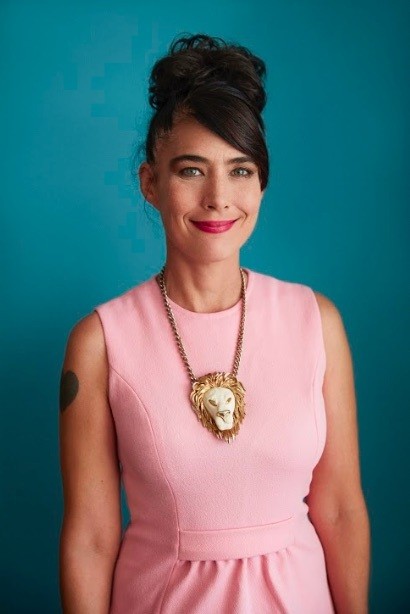 For those familiar with Hanna’s career—namely, her history of advocating for feminism and highlighting female voices—Tees 4 TOGO makes sense as a passion project for the multihyphenate. “Everyone has been watching the #MeToo movement happen, watching Time’s Up happen, and it’s great to hear so many women’s voices, but whose voices are those voices, and whose voices are the ones that the media’s going to spotlight?” she says. “I just think that it’s really important to know that we’re not going to hear women from Africa’s voices if they’re not getting educated. And if kids don’t learn to read and write, how are they going to write that novel? How are they going to write that play? How are they going to write that song or do that thing in their community that will propel other people forward? So that’s what part of this is about for me—how do I play a small role in helping young women find their voices? I think education is a huge part of that.”

This focus on prioritizing all women’s voices is one that is—and always has been—important to Hanna. “I just love to see that [younger feminists today] are not just saying, ‘oh, I’m intersectional, that’s important to me,’ but they’re acting on it,” Hanna tells BUST. “The feminism that I see now is saying, ‘this movement isn’t feminism if it isn’t intersectional.’ It isn’t about white women getting their rights to oppress other people. It’s about people of color, it’s about disabled people, it’s about the LGBTQ community…it’s about everybody’s rights and everybody having equality. Because when women have equal access, that means all women—that means trans women, women of color, poor women, all women. When all women rise up, all people rise up.” 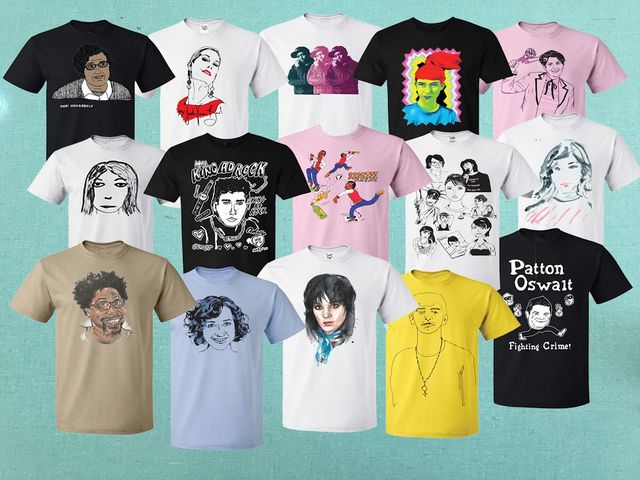 Buy your own shirt on Tees 4 TOGO’s website, or check out PeaceSisters.org for more information on the cause, and to donate more, if you so desire. Peace Sisters also has a mailing list, but as Hanna said, the best way to help out—besides buying a shirt or two—is just spreading the word.

“It’s a horrible moment for women in general,” she says. “But it’s a great, great moment for activism.”

Alice Bag, Kathleen Hanna And Allison Wolfe Are A Riot Grrrl "9 To 5" In The Music Video "77"