5 Of Our Favorite Moments From New York Fashion Week 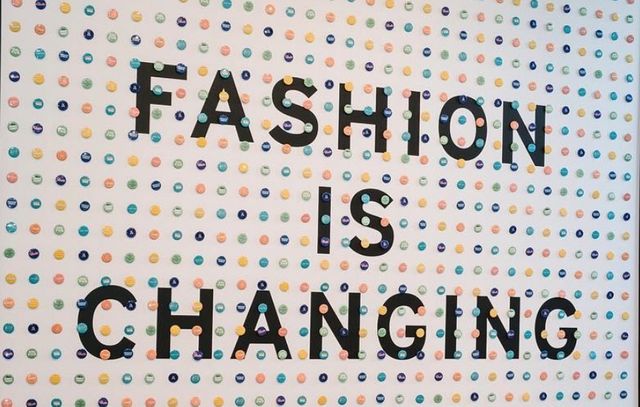 For some, New York Fashion Week can be likened to a religious experience. I once overheard two women on the subway frantically whisper, “The shows are coming! Don’t you know? The shows are coming!” This cherished encounter will always be the most New York thing that’s ever happened to me. But I digress. In an industry known for embracing change and new ideas, fashion is helping lead the way when it comes to social activism.

As the political climate attempts to silence the voices and basic right of individuals, designers are clapping back with shows and collections that are aimed at driving inclusivity. From Opening Ceremony’s Drag Spectacular to the fourth annual The Curvy Con conference, gender fluidity and bodies of varying sizes and skin colors are being represented.

The fashion industry has been accused in the past of marketing diversity as a trend. So, it’s essential that industry professionals are conscientious of the fact that representation matters as it plays a fundamental role in shaping people’s perceptions and opinions. So in celebration of all things fashion and inclusive, here are five of our favorite moments from #NYFW! 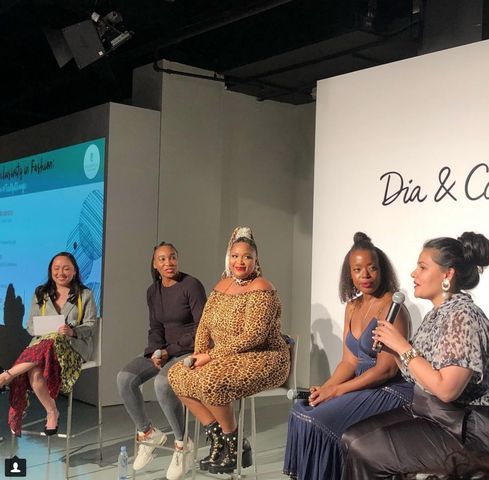 Despite increased visibility, plus-sized fashion is scarcely represented in the retail market. There are over 100 million women in America with disposable income who are above a size 12. Fashion legend Tim Gunn told NPR’s Kelly McEvers, “If I were a retailer, gee, I would certainly like to help corner that market.” In an op-ed published by The Washington Post, Gunn referred to this matter as “a disgrace” and condemned designers’ disdain as a lack of imagination and “design failure.” According to the research firm Edited, 99.9% of luxury designers don’t cater to the plus-size market, but The Curvy Conference is determined to change this.

This is the second year the conference was timed to coincide with fashion week. The Curvy Con is dedicated to “promoting all things plus size” as well as eliminating problematic yet commonly held beliefs that women over a certain size don’t care about fashion. This year, panel was held to discuss the current state of plus size fashion, Fashionista, during which plus-size e-commerse site Dia & Co announced an education initiative with Council of Fashion Designers of America to provide funding for classes aimed to teach fashion students on how to design for bodies beyond sample size. Known as the #TeeUp Change campaign, the project will provide funding to fashion education programs across the country—including Parsons and the Fashion Institute of Technology. Funding will come from the CFDA as well as sales of a series of limited-edition, $35 graphic T-shirts designed by Lizzo, Marissa Petteruti, Tracy Reese, Christian Siriano and Venus Williams. 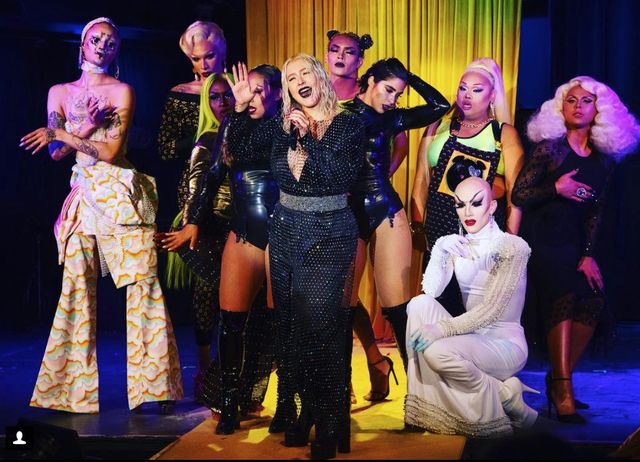 Opening Ceremony has long prioritized activism: every Friday, 20% of their online sales are donated to organizations such as Planned Parenthood and the ACLU in an initiative known as #FYouFridays. When asked about their charitable motivations in an interview with Time, co-founder and designer Carol Lim stated, “It’s kind of not an option for us not to speak about issues that we think are important because it’s who we are as people. Our personal stories—they’re interwoven in what Opening Ceremony is.” This season’s show perfectly illustrates that.

In an industry defined by exclusion, Opening Ceremony’s radical celebration of inclusion did not go unnoticed by Velour, who told the audience, “Carol, Humberto and the entire team told us in no uncertain terms that we belong in these clothes. That’s a great privilege, and we take it seriously. This is not a time or a country where many queer people get to feel like they truly belong; like they deserve to stand in the spotlight… I hope this is what the future looks like.” 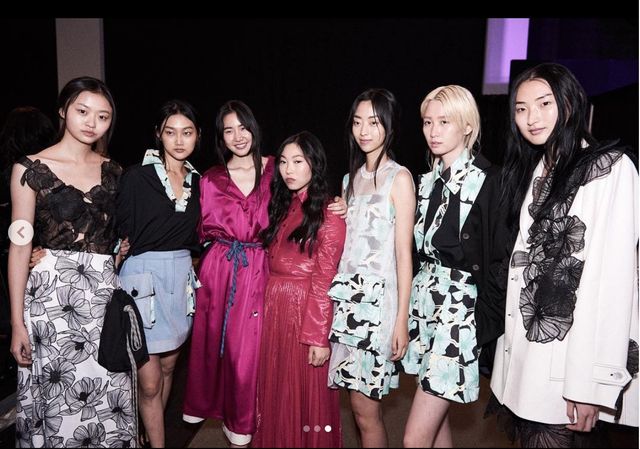 Awkwafina (center) hangs with the models backstage at Claudia Li. Photo via @claudia_li_official

New Zealand designer Claudia Li’s first runway show (she had only done presentations before) featured 35 Asian models. Li told Refinery29, “The casting is quite personal… For me, I think this collection is the right time to do it because it’s our first official runway show, and this collection is all about memories of how I grew up in New Zealand as an Asian woman.” This translated into a collection consisting of loose fitting silhouettes in pale colors and sheer fabric as well as prints of the Mount Cook Lily, a popular flower in New Zealand.

Aside from the nature motifs, Li was also inspired to celebrate Asian women as multi-faceted individuals. “It’s about representation within Asian women—there are so many different types of us, and we haven’t been represented in a diverse way," she told Refinery29. "I just really want to show the personalities of who I am and who these girls are, and I think that’s so important right now, and right now is the time to do it. Within the community of Asian women, we are diverse. It’s time to break free from that singular definition of Asian beauty.” While there’s still much work to be done when it comes to diversity in fashion, Claudia Li is taking us in the right direction. 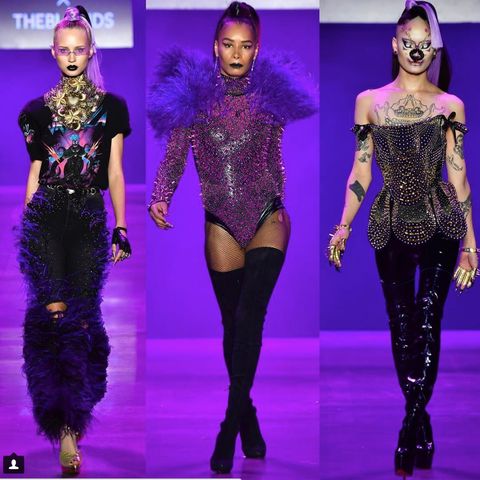 Leiomy Maldonado front and center at The Blonds show. Image via @theblondsny

Known for their iconic eye-catching, bedazzled corsets and bodycon garments, designers Phillipe and David Blond collaborated with Disney for their Spring/Summer ’19 collection, which featured all of your favorite Disney villains, reimagined. According to People, the designers were given access to the Disney Archive Research Library to view the original artwork and sketches to better understand each villains’ origin. The Daily Beast reports that the models “oozed spectacle, posing, strutting and voguing."

Leiomy Maldonado, the trans activist and choreographer, served the crowed with a jaw dropping runway walk. You can watch the spectacle here. Rocking a spiked purple bodysuit with fluffy electric blue shoulder accents, Maldonado commanded the runway with some expert voguing, Harper’s Bazaar reports. She made her entrance with the traditional, sensual fashion walk and then started making moves halfway down the runway.

When she reached the end, Maldonado brought the house down with a dip so dramatic and fabulous, I was willing to destroy my checking account for some Christian Louboutin thigh-high boots. As she strutted backstage, Maldonado captivated the audience with more poses, dips and twirls. Most recently, she starred as Florida Ferocity in the new FX series, Pose, which includes the largest cast of trans actors in a TV series. We can’t wait to see what this dynamo does next. Go forth and slay, Leiomy! 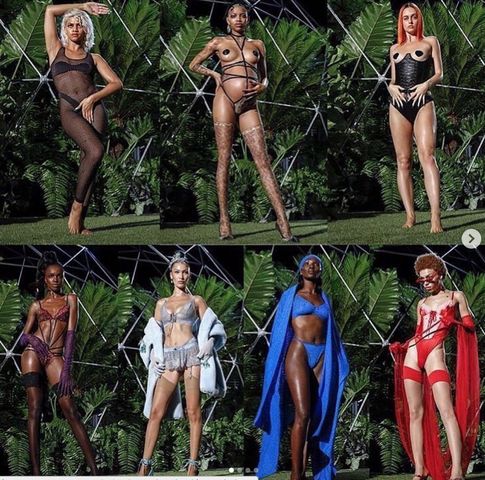 Rihanna showcased her first lingerie show in what The New York Times is calling a performance art piece rather than a typical lingerie show, “with models moving in slow motion, crawling on all fours, executing fierce choreographed dance moves.” The presentation took place at the Brooklyn Navy Yard and featured women diverse in race and size, including two visibly pregnant models—one being Slick Woods, who went into labor after the show, according to E! News.

The lingerie, itself, was a refreshing departure from traditional, patriarchal ideas of sexuality. Looks ranged from romantic, with sheer fabric and touches of lace, to classic, with silhouettes in an array of candy colors and prints, to playfully kinky, with leather corsets, harnesses, flattering cutouts and even a fishnet bodysuit. With the success of Fenty Beauty, Rihanna showed that not only was it possible, it was vital to create a makeup brand that caters to inclusivity, with dozens of colors for every skin tone. She is now doing that with lingerie. Backstage, Rihanna told The New York Times that the show’s conception was about “Women being celebrated in all forms and all body types and all races and cultures. It’s a shame that women have to feel insecure or self-conscious about how their bodies look.”