14 Ways To Represent Pride At Your Queer Wedding 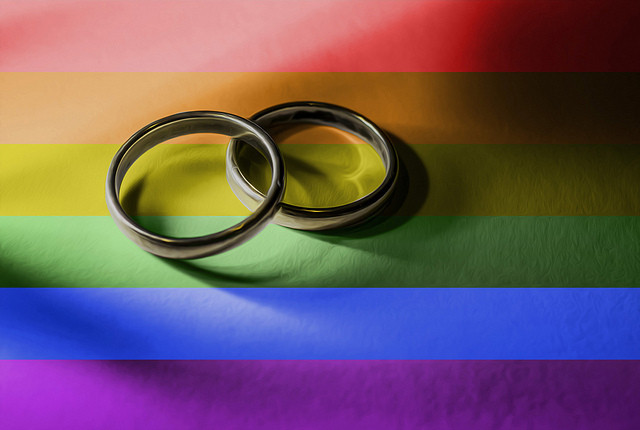 I don’t know about you, but during Pride Month, my Facebook feed is always filled with stories of romantic proposals and pictures of engagement rings from my queer friends and family, and even pictures from their weddings.

And if you think about it, Pride and weddings go together perfectly. What better way to be out and proud than to marry your partner in front of all of your friends and family? Especially during a month that many of us spend celebrating how far we’ve come (marriage equality ftw!) and looking ahead to an even more fabulous future.

Most of the queer couples whose weddings I’ve attended have used their ceremony to showcase their pride in our community—whether they get married in June or not—from using rainbow colors in their décor to having a lesbian love anthem for their first dance.

With that in mind, I’d like to share with some of the best ways to insert Pride into your wedding. Most of them involve a liberal use of rainbows* in your color scheme and items that can be easily purchased from LGBTQ+ charities (pay it forward, y'all), but some of these tips will resonate far beyond appearance and get to the real substance of the day.

*I’ve used the rainbow as a catch-all term for LGBTQ+ symbolism, but you can find out the colors that represent your specific sexuality and/or gender identity here if you don’t already know them. 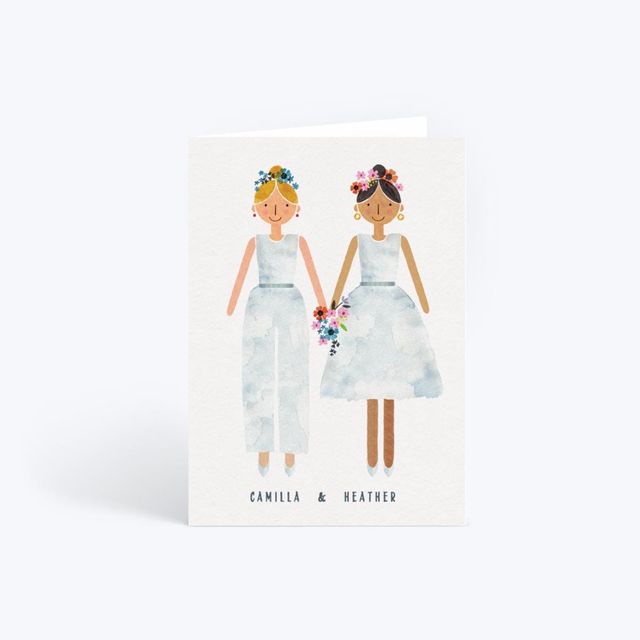 Don’t settle for plain invites. Go all out and get ones that represent you as a couple, whether that be two femme girls in dresses, two butch girls in suits, or Supergirl and Wonder Woman.

There is a very formal style for addressing wedding invitations—which I didn’t even realize until I looked it up—but it often fails to take into account the titles that some trans, nonbinary, or intersex people use (like Mx. instead of Mr. or Ms.). If you’re unsure of your guests’ preferred titles, ask politely (and discreetly) before addressing the invites.

3. Only invite people who accept your sexuality/gender identity

Sadly, even in 2018, there are still some people who don’t accept their loved ones when they come out. If this has happened to you, then I’m really sorry. It sucks and you deserve better. But this is your wedding day, so you don’t have to invite anyone that you don’t like or don’t want to see. If they wanted an invite, then they should have been better to you. 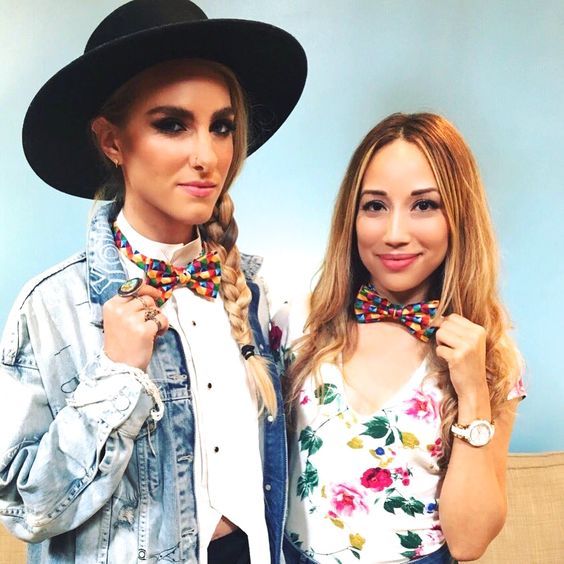 4. Add some rainbow flair to your outfit.

Whether you choose to dress your entire bridal party in rainbow dresses and/or suits, or stick to a more subtle touch like a pin, show your pride by incorporating a rainbow or another LGBTQ equality symbol into your outfit—especially if you purchase an item that gives back to a LGBTQ charity. Rainbow bow ties from Bows4Pride and rainbow shoes from the Converse Pride Collection (designed by Miley Cyrus, who came out as pansexual and genderfluid in 2015) support LGBTQ charities. 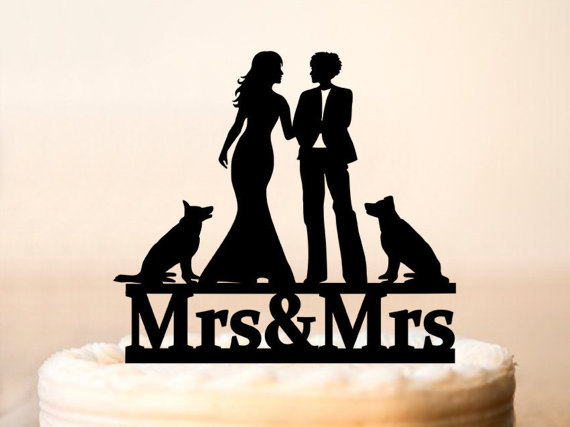 5. Treat your guests to a rainbow cake

No matter what decorations you want on the outside, you can really show pride by having a hidden rainbow inside your cake. A delicious multicolored cake shows that it’s what’s inside the counts. Plus, it’s delicious.

6. And put a queer wedding topper on top

There’s a huge variety of same-sex wedding toppers available online to suit you, from silhouettes to figures of Orange Is The New Black’s Alex and Piper to actual miniature recreations of you and your partner. 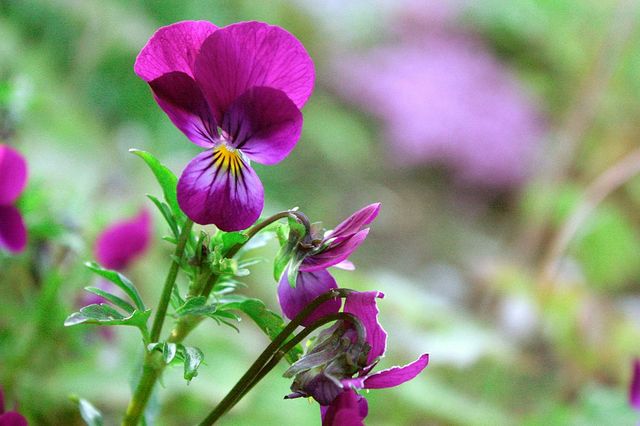 violets, by Stephencdickson via Wikimedia Commons
7. Include some Sapphic writers in your reading list

If you’re having readings at your wedding, don’t feel penned in by the same old passages about love from straight writers. Instead, choose to include words from an LGBTQ+ writer who means something to you and your partner, such as Audre Lorde, Nella Larsen, or Sappho herself.

If you try to cram all seven colors of the rainbow into one floral arrangement, you might find it’s a little bit overpowering. Instead, consider using a rainbow colored tie for your bouquet/boutonnière, putting a different colored floral centerpiece on each table, or using an array of violets—a gift traditionally exchanged between queer women.

There’s a good chance that you’ll want to choose a non-hetero love song for your first dance, but why not go even further and fill the playlist with songs from queer artists or hire a band with LGBTQ+ members? Check out music from Janelle Monae, Tegan and Sara, Sleater-Kinney, the Indigo Girls, Beth Ditto, Mary Lambert, Melissa Etheridge, Hayley Kiyoko, Kehlani, Lady Gaga, or Chely Wright.

10. Raise awareness with the photo booth

Everyone loves a good photo booth, right? People take a silly photo wearing a massive wig to share all over their social media accounts. Well, why not put that to good use? Find an LGBTQ+ cause that you support and look at the social media campaigns they’re running around the time of your wedding. For example, Stonewall’s #ComeOutForLGBT campaign. Make a sign using the hashtag for guess to use as a prop and ask them to use the hashtag when sharing the photos. You’ve raised awareness and had fun. 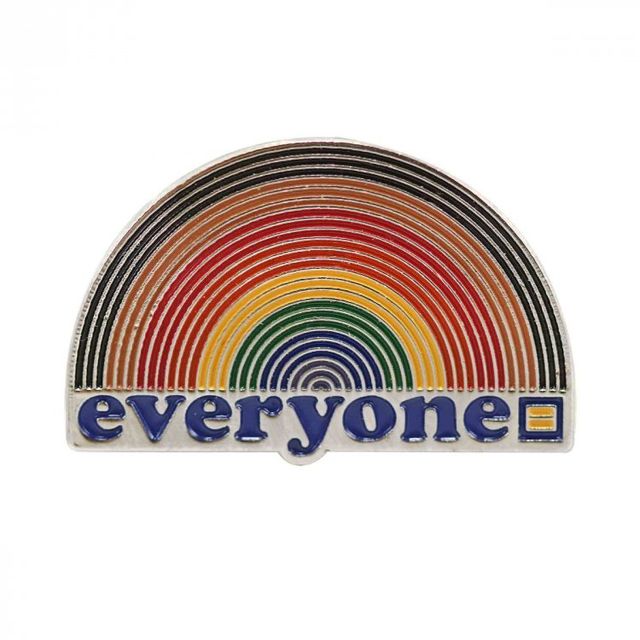 11. Give your guests an LGBTQ+ rights badge

Badges are awesome wedding favors because they can be often be bought in bulk and your guests can spread their support for LGBTQ+ rights wherever they go.

12. Or make a donation in their name to the LGBTQ+ charity of your choice

A lot of the time, you only can only spend a couple of dollars on each guest. Why not donate the money that you would have spent on favors to somewhere like The Trevor Project? 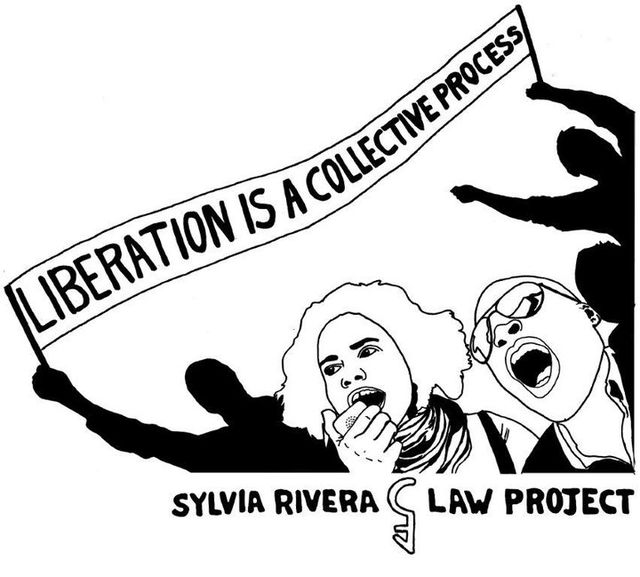 13. Ask for contributions to your honeymoon to a LGBTQ-friendly location

What better way to celebrate being proud of who you are then taking your new spouse on honeymoon? Guests can always put some money into a kitty to allow you to go on the holiday of your dreams. Not everywhere is a friendly and safe place for members of the LGBTQ+ community to visit, so make sure to take a look at the local laws on sexuality and gender identity.

14. Ask for donations to charity

For those of you who are kinder than me and happy to go without presents, why ask for donations to an LGBTQ+ charity?

That about sums it up for me, but now I want to hear from you. Whether you’ve recently gotten engaged or you’ve already gotten married, let me know your thoughts on inserting Pride into your big day?

How To Plan A Lesbian Wedding: A Guide For Newly-Engaged Lesbians

Emma Murphy is a queer British freelance writer specializing in politics, travel, and entertainment. Barack Obama (yes, that one) follows her on Twitter and she’s never been sure why. She takes her coffee seriously and wears odd socks because life’s too short.