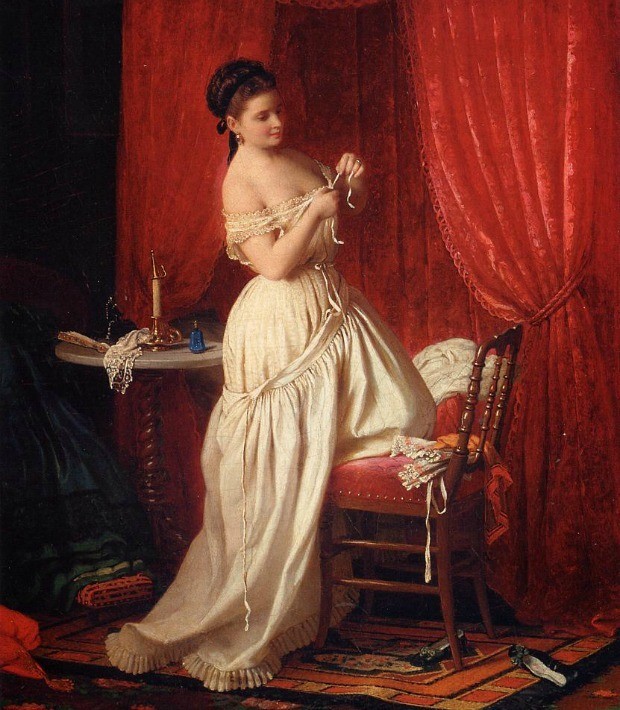 In the Victorian era, ladies with excess facial or body hair didn’t have the luxury of making an appointment at their local salon. Instead, women employed various methods of hair removal at home. There was shaving and tweezing, of course, but there were also more dangerous methods. These ranged from caustic depilatories made of arsenic and quicklime to surgeon’s needles dipped in carbolic acid or nitrate of silver. Below are just a few Victorian options for hair removal (not to be tried at home!).

In her 1899 book The Woman Beautiful, Ella Adelia Fletcher states that, for women, “superfluous hair” on the face and body was “a source of extreme annoyance and mortification.” The first—and least invasive—method for removing it was a good depilatory. Recipes for depilatories abounded. They could be made in liquid, cream, or powder. Fletcher even offers a recipe for a “depilatory pomade” made from a combination of quicklime, carbonate of soda, and lard. This mixture was blended into an ointment which was then spread over the offending area and left to dry for 5-10 minutes.

Victorian era depilatories were often made from ingredients like arsenic, quicklime, and alkaline lye. In his 1891 book Piesse’s Art of Perfumery, George Piesse concedes that “the use of arsenical compouds is objectionable.” However, to remove hair, a depilatory had to be strong and the presence of corrosive substances greatly increased a mixture’s depilatory power. As an example, see the below recipe for a quicklime depilatory from the 1871 edition of Beeton’s Dictionary of Practical Recipes and Every-Day Information: 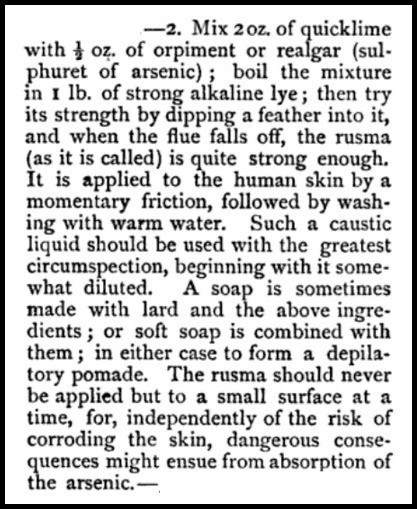 To test the strength of a homemade depilatory, many publications of the day—including Arnold James Cooley’s 1851 Cyclopaedia of Six Thousand Practical Receipts—recommended using a feather. The ingredients were boiled together “until a feather dipped into it loses its flue.” When the flue (or plume) of the feather was easily shed, the mixture was ready to be applied to a lady’s face or body. The trick was knowing just how long to leave the depilatory on the skin. According to Piesse:

“The precise time to leave depilatory upon the part to be depilated cannot be given, because there is a physical difference in the nature of hair. ‘Raven tresses’ require more time than ‘flaxen locks’; the sensitiveness of the skin has also to be considered.”

Some Victorian ladies used more invasive forms of hair removal, many of which were thought to provide longer lasting results. One such method involved the insertion of a fine needle into the hair follicle. Fletcher credits this technique to American dermatologist Dr. Henry Piffard, explaining:

“Piffard’s treatment is to partially pull the hair and then insert a surgeon’s needle, thrusting it to the base of the follicle and puncturing the papilla, which by a twirl or two it breaks down.”

This treatment—sometimes referred to as “mechanical destruction of the hair follicle”—was believed to be even more effective if the needle was first dipped into a solution of “equal parts of carbolic-acid and olive-oil.” Another option was to use “a fine cambric needle, previously dipped in a solution of nitrate of silver” to stab into the hair root. According to Fletcher, “The nitrate cauterizes and destroys the papilla, and of course the hair drops out.”

In the 1870s, physicians began to offer a new method for removing unwanted hair—this time, a permanent one. In his 1886 book The Use of Electricity on the Removal of Superfluous Hair, Dr. George Henry Fox describes electrolysis as a simple operation “which any physician with a steady hand and a keen eye can readily perform.” It was done by means of a fine needle attached to the negative cord of a galvanic battery. The needle was inserted into the hair follicle and the resulting electricity generated from the battery was used to destroy the troublesome hair at its root. 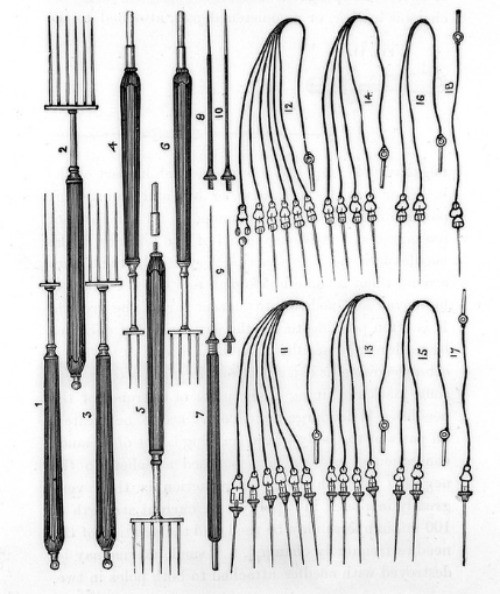 Fox treated many women during the 1870s and 1880s. Some of his patients had fallen into melancholy as a result of their unwanted facial hair. In his case notes, Fox writes of Mrs.—, a thirty-one-year-old mother of one, “[She] is greatly worried by a growth of hair upon chin and neck. Seldom goes out for exercise, but prefers to ‘sit and mope.’ Her sleep is often disturbed by the thought of her ‘misfortune.’”

After an eighteen-month course of electrolysis, Fox reports that the successful removal of Mrs.—’s unwanted hair “produced a marked indirect effect upon her health and happiness.”

The advent of electrolysis did not mean the death of depilatories and other hair removal methods. Ladies continued to use various homemade creams and pastes to remove unwanted hair well into the Victorian era and beyond. It was far more common than one might think. To that end, I leave you with the following astute observation by Dr. Fox:

“…could we but know the secrets of the boudoir we would be surprised to find how large a percentage of our female acquaintances resort occasionally, if not habitually, to the use of the depilatory, the razor, or the tweezers.”

Tags: Victorian era , hair removal , Mimi Matthews
Support Feminist Media!
During these troubling political times, independent feminist media is more vital than ever. If our bold, uncensored reporting on women’s issues is important to you, please consider making a donation of $5, $25, $50, or whatever you can afford, to protect and sustain BUST.com.
Thanks so much—we can’t spell BUST without U.