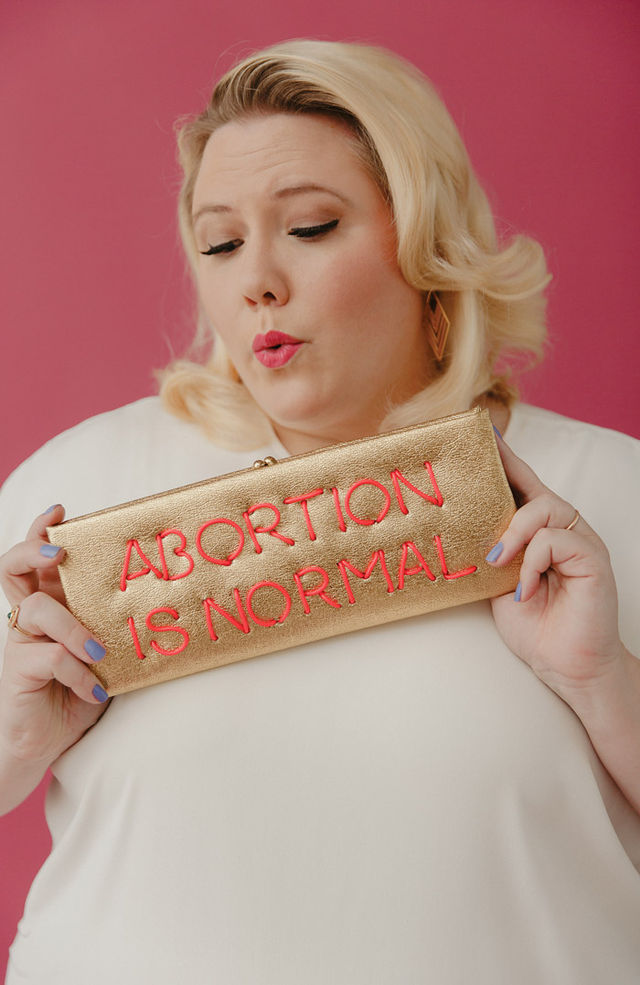 To celebrate the 45th anniversary of Roe v. Wade, we gathered the founders and friends of #ShoutYourAbortion to model some fierce looks for our February/March 2018 print issue.

Roe v. Wade—the landmark Supreme Court decision legalizing abortion—turns 45 this year, and abortion has been a part of women’s lives since the dawn of time. But in spite of the fact that 7 out of 10 Americans support legal abortion, we’re one dead or retired Supreme Court Justice away from the end of Roe, and millions of Americans already lack access as it stands. How in the hell did that happen?

The GOP effectively rebranded abortion as murder in the early ’80s as a way to galvanize the emerging, so-called “moral majority.” Democrats responded by doing what they do best: weakly capitulating to the narrative of the right while tripping over themselves to apologize for having an opinion. In response to the ludicrous assertion that one in three American women are murderers, liberals meekly suggested that we set the bar at safe, legal, and rare.

It’s impossible to make a case for abortion in an environment in which the vast majority of those who have them are terrified to admit that the proof is reflected in our own lives. Over time, an increasing number of us have rejected silence, our voices steadily poking one million tiny holes in the anti-choice movement’s façade of bullshit. At long last, the daylight is peeking through. It’s time to become so loud that we are impossible to ignore, for so many of us to reveal our full humanity that we become impossible to dehumanize.

In the years since that initial tweet, SYA has become a fully legit organization. We basically function as an art collective, partnering with artists and activists all over the country to create all sorts of outlets for people to talk about abortion. Historically, the pro-choice movement has had a difficult time owning the word; we’d like for that to change. And that’s what led us to imagine a feature illustrating a group of women using fashion to unapologetically reclaim the word abortion.

Our models are artists, activists, and women who refuse to be silenced. Lizz Winstead co-founded The Daily Show and currently helms Lady Parts Justice, a group that formulates creative, rapid responses to attacks on reproductive rights. Poppy Liu is a queer, first-generation Chinese-American actor and co-founder of Collective Sex, which creates radical media aiming to decolonize stories of body, sex, intimacy, and identity. Alejandra Pablos is a LatinX resistance bruja and field coordinator at the National Latina Institute for Reproductive Health. Joyelle Johnson is a writer, activist, and comedian with one hell of an abortion bit. Shannon Perry is a prolific artist and the boss bitch at Valentine’s Tattoo. Kierra Johnson is a queer, southern Black mama as well as the newly named deputy executive director of the National LGBTQ Task Force. And Lindy West is the author of the best-selling memoir Shrill, a contributing opinion writer for The New York Times, and co-founder of #ShoutYourAbortion.

One could argue that an abortion-inspired fashion story is a bit frivolous at a time when legality and access are under unprecedented threat. But legislative progress is often the actualization of change that has already taken root in popular culture; artists and activists are always light years ahead of lawmakers. And if our tactics are so constrained by a triage mindset that we stop making things, we’ll have relinquished our greatest power: our ability to shine. We are not asking for your permission to exist, we are letting you know that we’re here, we’re irrepressible, and we’re dancing. We are making up for lost time. 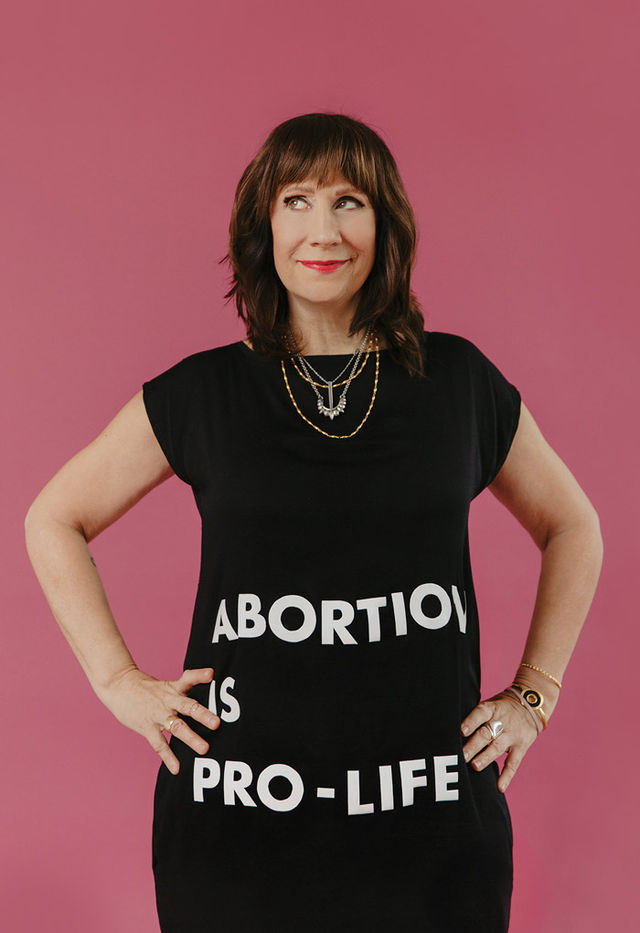 ON LIZZ: JORDAN CHRISTIANSON FOR #SHOUTYOURABORTION DRESS; A. CARNEVALE BRACELET; OTHER BRACELETS, NECKLACES AND RINGS: MODEL’S OWN.
Lizz Winstead: “My abortion doesn’t define me. It is something I had, it’s not who I am. Who I am is a very happy, fulfilled person and access to abortion care helped make that possible.” 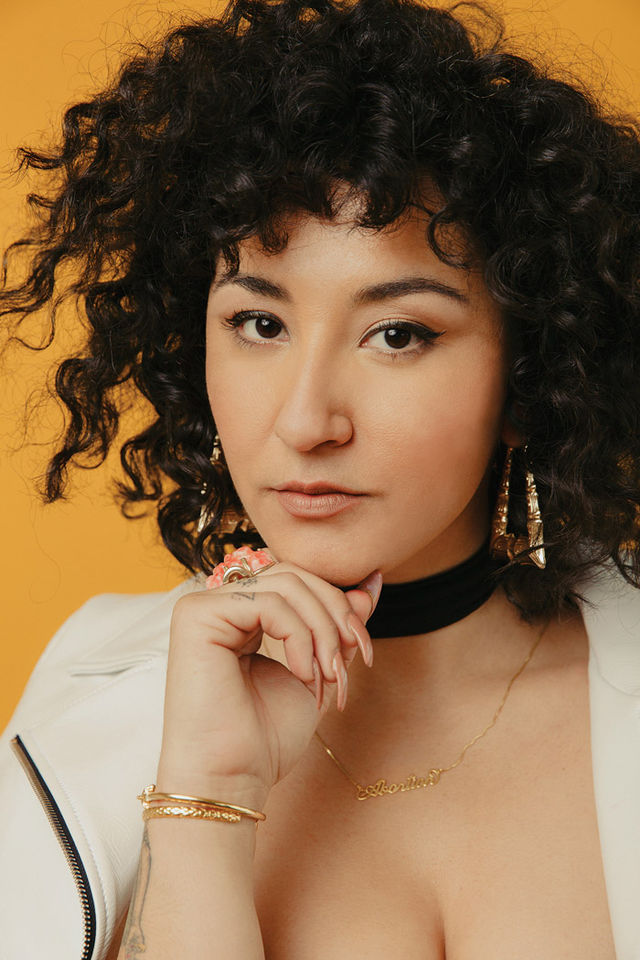 Alejandra Pablos: “El aborto us una decisión personal, no tienes que haber tenido un aborto para apoyar mi decisión. Abortion is a personal decision. You don’t have to have an abortion in order to support me in my decision.”

Lindy West: “A shout is simply the opposite of a whisper.” 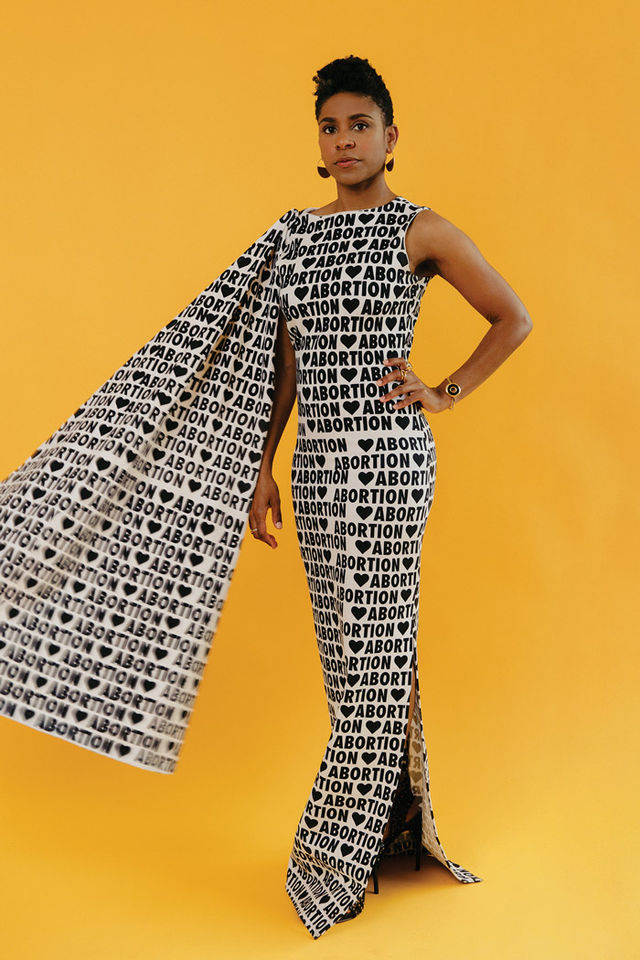 ON KIERRA: JORDAN CHRISTIANSON FOR #SHOUTYOURABORTION DRESS; A. CARNEVALE JEWELRY BRACELET; EARRINGS AND RINGS: MODEL’S OWN.

Kierra Johnson: “There is no shame in reclaiming our bodies, our time, our sex, our power, or our agency. So I will forever be abortion positive, and I refuse to live in shame.” 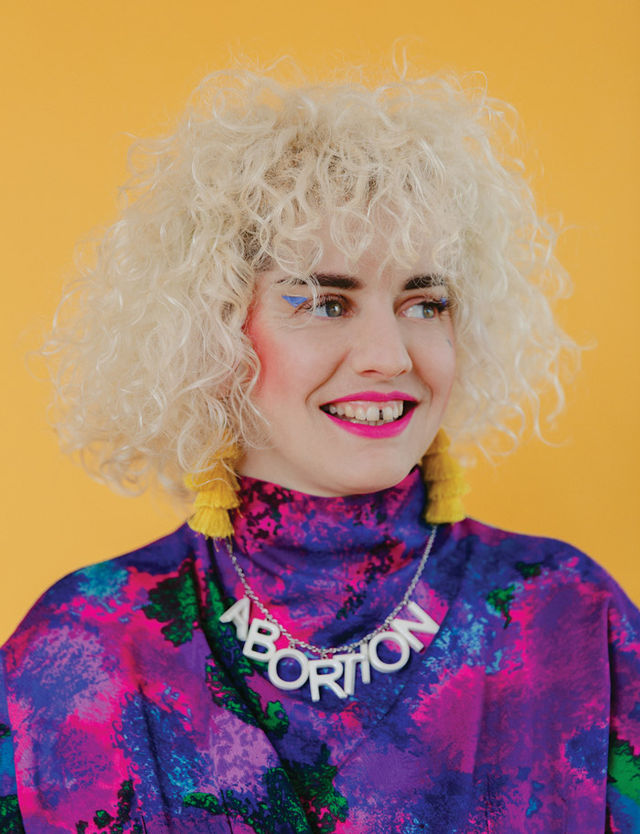 ON SHANNON: #SHOUTYOURABORTION NECKLACE; DRESS AND EARRINGS: MODEL’S OWN.

Shannon Perry: “I’m exhausted by a lifetime of men thinking they have the right to tell me what to do with my body.” 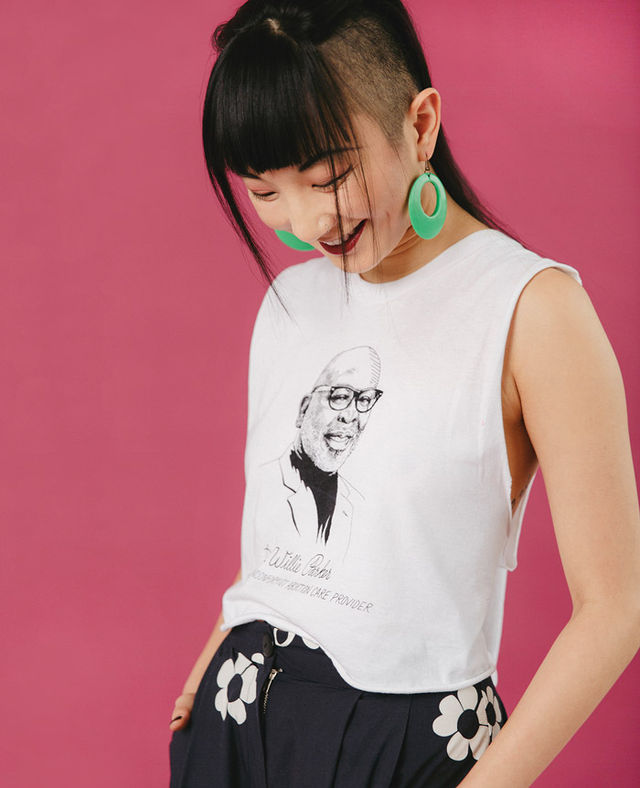 Poppy Liu: “Telling my abortion story connects me to my mother. Sharing my story with her was the first step in healing a lineage of silence.” 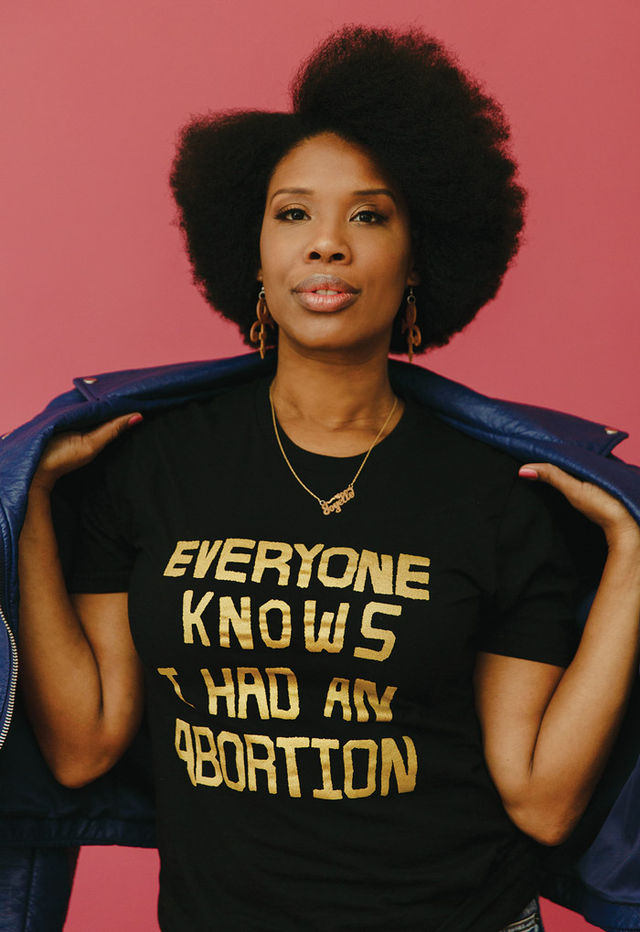 ON JOYELLE: #SHOUTYOURABORTION T-SHIRT; JACKET, EARRINGS, AND NECKLACE: MODEL’S OWN.

Joyelle Johnson: “I fight for reproductive justice because it affects people who look just like me.”

Tags: abortion , Shout Your Abortion , #ShoutYourAbortion , Lindy West , Lizz Winstead , Amelia Bonow , Poppy Liu , Joyelle Johnson , Shannon Perry , Alejandra Pablos , Kierra Johnson
Support Feminist Media!
During these troubling political times, independent feminist media is more vital than ever. If our bold, uncensored reporting on women’s issues is important to you, please consider making a donation of $5, $25, $50, or whatever you can afford, to protect and sustain BUST.com.
Thanks so much—we can’t spell BUST without U.