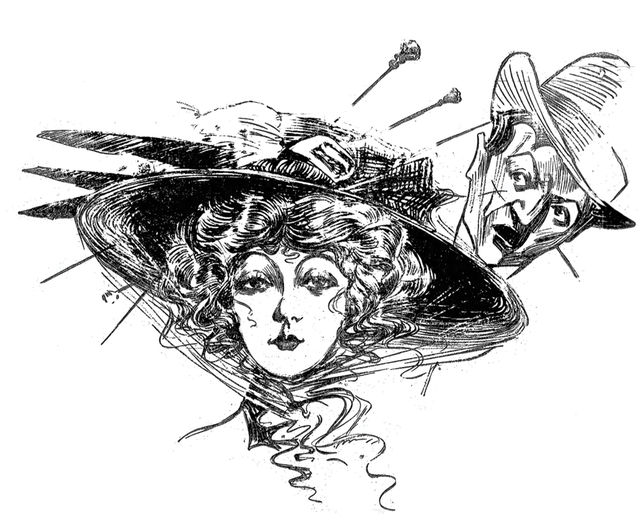 Some men may think that it’s acceptable to follow the president’s example and grab women without consent. But even at the turn of the 19th century, women refused to tolerate such behavior: a fashionable lady could pull a long, sharp steel pin out of her hat and give her harasser a good jab.

Some men didn’t know what to make of women who weren’t sex workers traveling alone. Men known as “mashers” subjected them to catcalls, leers, and touches. Women fought them off with hatpins, while suffragists began to champion the rights of women to move about undisturbed. “Women defended themselves in the press, saying the issue isn’t about venturing out, or about clothing,” says historian Karen Abbott. “When women got attacked, they insisted, the problem was ‘the vileness of the masher mind.’” 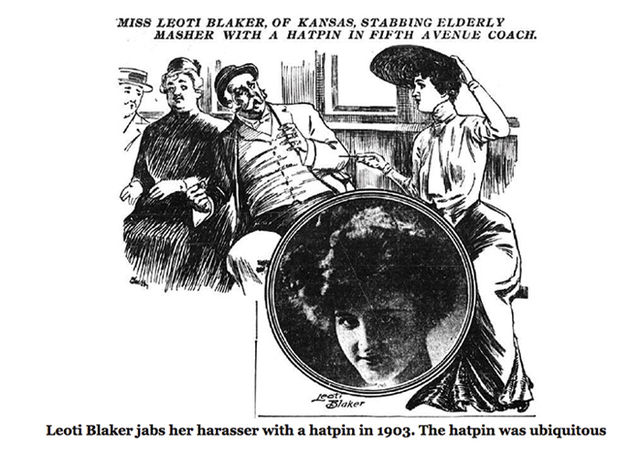 In a 1903 New York Evening World article, tourist Leoti Blaker described a masher encounter on a stagecoach. “I became so enraged that I didn’t know what to do,” Blaker said. “I ran that hatpin into him with all the force I possessed.” The man screamed and exited the coach at the next stop.

By 1910, politicians worked up about “the hatpin peril,” started passing ordinances to limit the length or sharpness of hatpins. But by the 1920s, the point became moot when flapper fashion did away with hatpins altogether.

By Lisa Hix
Top photo: Illustration from the Indianapolis Sunday Star, May 1, 1910

You'll Be Tickled Pink By This Victorian Era Fashion

6 Glasses That Will Step Up Your Frame Game

Tags: hatpin panic , hatpins , history , street harassment , sexual harassment
Support Feminist Media!
During these troubling political times, independent feminist media is more vital than ever. If our bold, uncensored reporting on women’s issues is important to you, please consider making a donation of $5, $25, $50, or whatever you can afford, to protect and sustain BUST.com.
Thanks so much—we can’t spell BUST without U.