The Surprising History Of Red Lipstick, From Sign Of Satan To Suffragist's Symbol 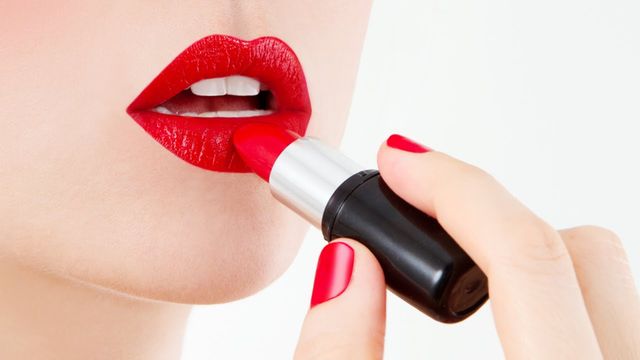 According to a popular myth, married women in Britain were once legally banned from wearing lipstick, on pain of having their marriages annulled and being accused of witchcraft. In reality, no such law existed (or if it did, no historian has found proof of it), but its persistence as an urban legend reveals the extent of society’s deep distrust of makeup. Many people can believe that lipstick was once not just a tool of beauty, but a tool of the devil.

In fact, in addition to rumors, some real historical laws have linked lipstick and sorcery. According to lipstick historian Jessica Pallingston, in medieval England “a woman who wore makeup was seen as an incarnation of Satan” because she was changing the face God gave her. However, wealthy women at the time were hiring alchemists to whip up lipsticks for them while chanting incantations, and evidently Satan’s rules didn’t apply to the rich. By the 1500s, Catholic women were told to mention lipstick use in confession. And in the 1700s in America, a man could have his marriage annulled if his wife had worn cosmetics during courtship—although in France at that time, going barefaced was considered acceptable only for prostitutes. Go figure.

Before the advent of commercially manufactured cosmetics, part of the suspicion regarding makeup was the effect some ingredients had on the wearer. Rouge for cheeks and white powder foundation were made with lead and mercury, which could eat at skin. Women dripped belladonna (aka deadly nightshade) into their eyes to make them appear big and seductive. Given the occasional dangerous (and sometimes lethal) ingredient and makeup’s ability to camouflage one’s appearance, no wonder it was considered so witchy. 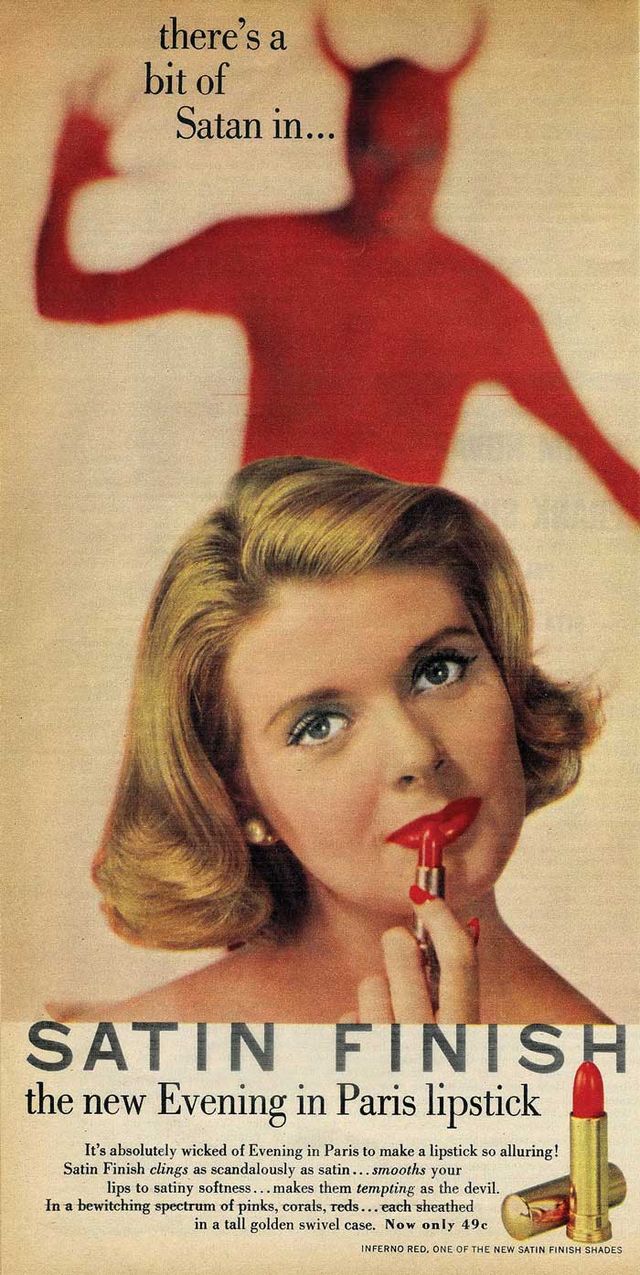 1957 advertisement for Evening in Paris lipstick

Even after the age of literal witch hunts, makeup remained a lightning rod for issues of politics, class, and morality. By the 1910s in America, bright red lipstick became a symbol of defiance and women’s emancipation, as retaliation against cosmetics often being sold under the counter. Elizabeth Cady Stanton and Charlotte Perkins Gilman wore red lipstick at the 1912 New York City suffrage march to show that they meant business. As the look gained popularity, lipstick was seen as so terrifying that it was almost banned, in 1924, by the male officials of the New York Board of Health for fear that women would use it to poison them (you know, like a witch would).

No matter the historical era, at the heart of any makeup controversy has always been the fear of feminine dishonesty. Every argument against cosmetics, whether anger that they give women power to enhance their appearance or outrage that they allow women to call attention to themselves, boils down to men not wanting women to be in control of their own bodies. Which, unfortunately, many men still don’t want. Stanton and Gilman wore red lips to protest more than 100 years ago, but lipstick still has the power to confuse, annoy, and terrify. And we see no reason to stop now.

Excerpted from Basic Witches: How to Summon Success, Banish Drama, and Raise Hell with Your Coven by Jaya Saxena and Jess Zimmerman. Reprinted with permission from Quirk Books.

How To Make Your Own Pure Mineral Eyeshadow

Tags: lipstick , red lipstick , makeup , history , from the magazine , wtiches
Support Feminist Media!
During these troubling political times, independent feminist media is more vital than ever. If our bold, uncensored reporting on women’s issues is important to you, please consider making a donation of $5, $25, $50, or whatever you can afford, to protect and sustain BUST.com.
Thanks so much—we can’t spell BUST without U.