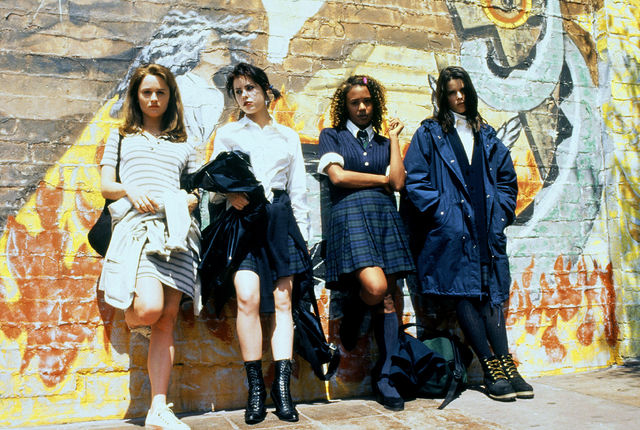 The 1990s were a turbulent decade when it came to fashion. On one hand, some trends have stood the test of time and experienced a recent revival, like spaghetti-strap slip dresses, scrunchies and chunky heels. But others, like tube tops, have been consigned to the deep, dark back corner of our collective wardrobes. During this definitive decade, one sartorial style stands out as changing fashion forever: the modern witch. Driven by the rebellious, fearless witches on our TV and movie screens, witchy fashion became its own sub-genre through the '90s and beyond. While these women are serious style #inspo all year round, Halloween provides the perfect excuse to channel your inner witch to the max. 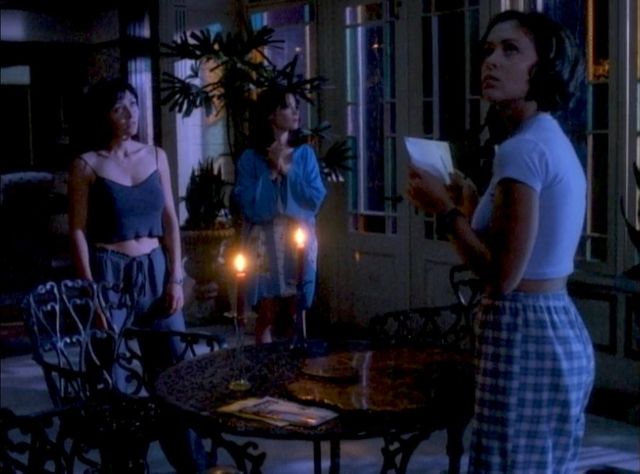 As any true Charmed fan knows, the Halliwell girls channeled similar but distinct interpretations of '90s style to fit with their personalities. Phoebe, the youngest, often wore more on-trend and eye-catching outfits, while Prue rocked sophisticated business chic and Paige was a little more conservative with a penchant for mom jeans. But they could all agree on the quintessential '90s fashion item: the crop top. The Halliwells wore crop tops to work, on dates and fighting demons; these girls were so committed to crop tops they even wore them as pajamas. As the seasons passed the forgettable fashions of the 2000s crept into the show, but we were also blessed with the arrival of Paige, who somehow managed to make ugly tank tops and bootcut jeans look good. 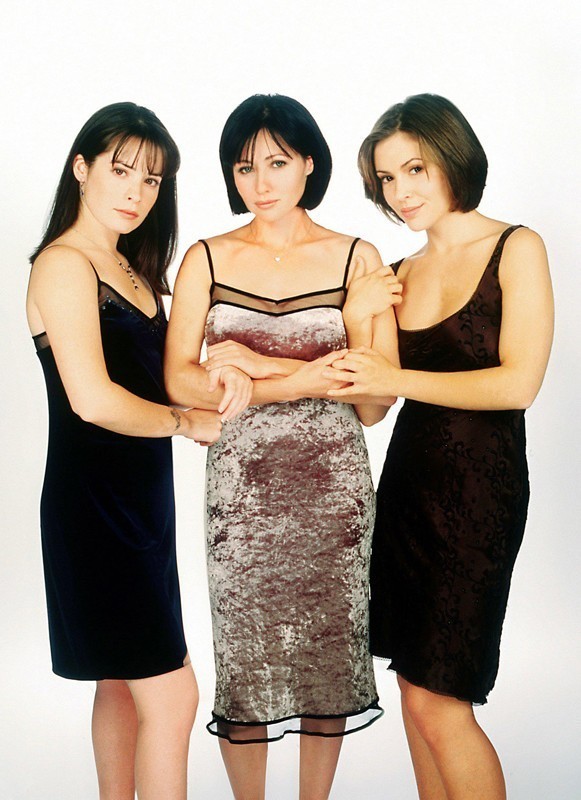 The most recognizable outfits from Charmed consisted of slip dresses, minimalist makeup, straight hair and strappy heels, an outfit that can easily be replicated with the clothes you already own or supplemented by a trip to the thrift store. This would be a killer group costume but could also work alone, especially with the addition of some homemade props like a copy of The Book Of Shadows or a cardboard dagger. Or, you know, just show off your time-freezing powers and vanquish a demon fuckboi at your next costume party. 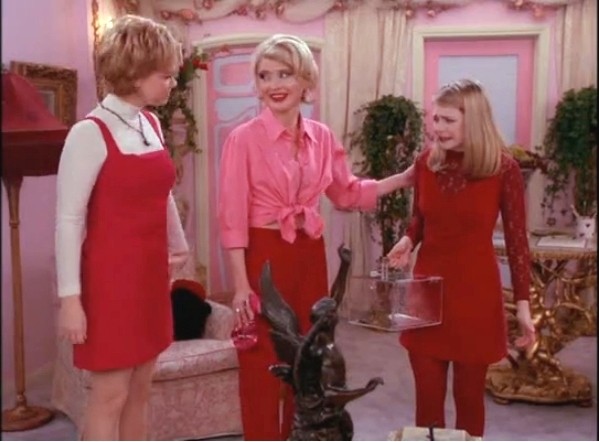 Sabrina Spellman was as a risk-taker when it came to her fashion choices as well as her spell-casting, and in both cases the results could be a little hit or miss. She was a true '90s fashion victim, experimenting with cropped cardigans, turtlenecks, collared shirts, velvet and sheer fabrics to varying levels of success. She was also a devoted fan of chokers in their many incarnations. Sabrina's aunts, Hilda and Zelda, also wore outfits that were a fashion highlight of the show. The aunts were always dressed in colorful, youthful and experimental styles despite the fact that they were supposedly 800 years old. 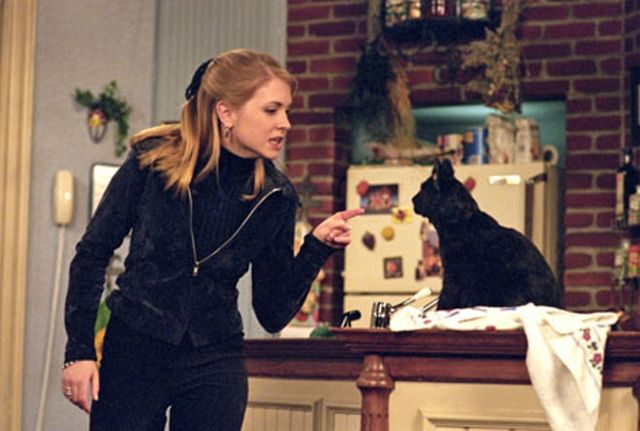 Sabrina's most definitive feature was of course her blonde half-up hairstyle, that she often accessorized with a giant bow or clip. Pair that with her quintessential choker, some layered tops and chunky jewelry, pull on the most unflattering pants you own and you're good to go! Black cat preferred but not essential. 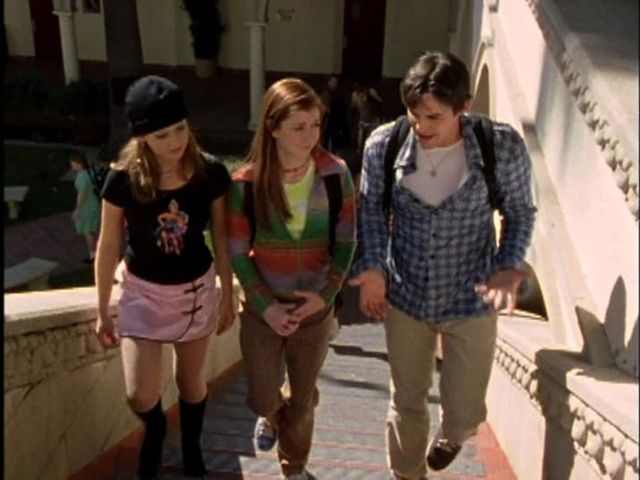 Buffy's style evolution was as badass as her slaying skills, as she transitioned from girl-next-door to vampire-vanquishing vixen. Most of her outfits would still fly today, relying on overalls, maxi skirts and fitted jackets as she alternately worked boho and sophisticated vibes. Willow's style was goofy and awkward, with a real thing for weird hats, resulting in her outfits being some of the most memorable of the series.

Buffy's most iconic look has got to be the red pleather pants, but as these bad boys are sadly not readily available in 2017, her other looks can probably be more easily be recreated. Buffy loved knee-high boots and socks with a passion. Add a miniskirt and fitted top, then top off the look with a leather jacket. And don't forget your hairclips!

The Coven, The Craft 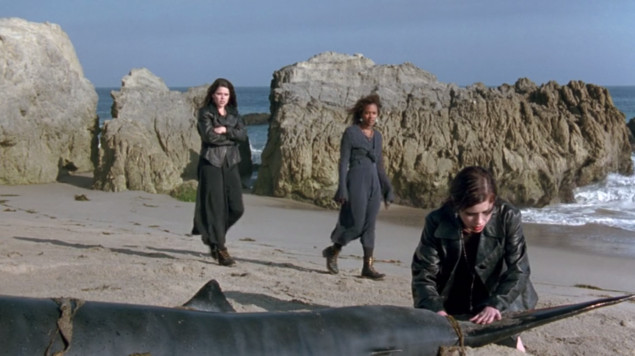 Sarah, Bonnie, Nancy and Rochelle, the four girls at the centre of the 1996 cult classic The Craft, are the epitome of '90s witchy fashion. These girls were the original beach goths, known for wearing oversized black garments with boots and silver jewelry. As a group, they had a highly-defined style that each girl put her own spin on, and they used their clothes to mark themselves as outsiders and to validate their witchcraft. 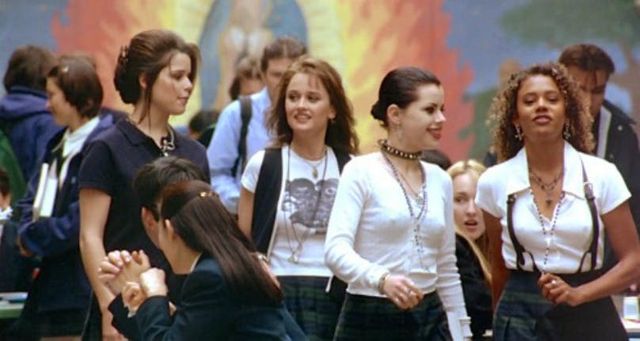 The easiest way to immediately reference The Craft is to recreate their school uniform looks. The basics are a plaid miniskirt, a white t-shirt or long sleeve top and black knee socks or tights. Bonnie favours brown boots and a leather jacket, while Rochelle goes for suspenders and oxfords. Sarah is partial to a vest and loafers, and Nancy is the ultimate goth, with smudged eyeliner and cross jewelry. 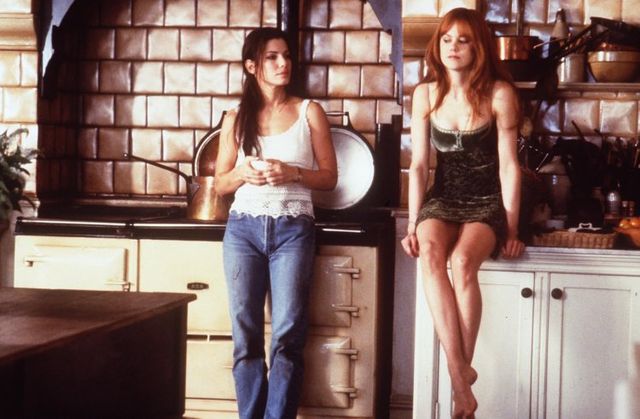 Theoretically a rom-com, Practical Magic is underrated as far as pop culture witches goes and provides an excellent opportunity for a duo costume. Released in 1998, it features late-'90s jeans and tank top combos, alongside some cute dresses and chunky knits. As most of the film takes place in the Owens family home, the outfits are often nothing special but they do reflect the aspects of the sisters' personalities: sarcastic and practical for Sally and impulsive and fun for Rose. 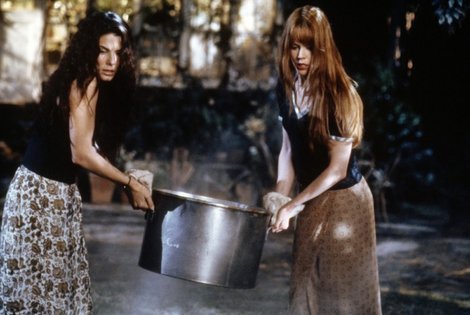 The key to Practical Magic costumes is the contrasting hair color of the two women, red for Gillian and black for Sally. After that, there are a couple of options. Sally is usually in jeans and boring tops, while Gillian goes for more whimsical, feminine dresses. In the scene where they bury Jimmy's body, pictured above, both women wear maxi skirts and black, fitted tops, a look that is easy to recreate. The most memorable scene has got to be the Owens women drinking midnight margaritas, so wear your pajamas, pigtails and grab a glass for this simple look.

Molly McLaughlin is a travel and culture writer currently based in Mexico City. Her work has appeared in publications including Lonely Planet, Refinery29 and Ms. Magazine. You can find her on Twitter and Instagram at @mollysgmcl.

Tags: the craft , practical magic , costume , buffy , sabrina , charmed
Support Feminist Media!
During these troubling political times, independent feminist media is more vital than ever. If our bold, uncensored reporting on women’s issues is important to you, please consider making a donation of $5, $25, $50, or whatever you can afford, to protect and sustain BUST.com.
Thanks so much—we can’t spell BUST without U.