Victorian Women Used This Weird Device Every Day. Can You Guess What It's For? 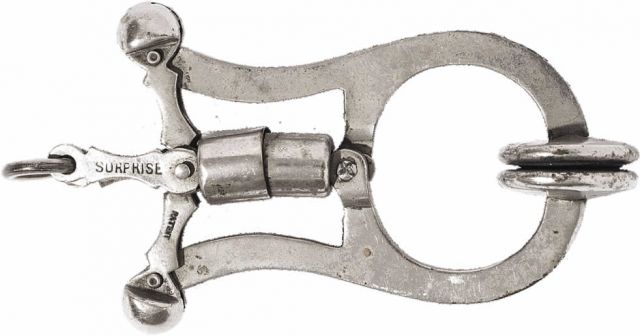 Floor-length dresses were the mainstay of Western European and American women’s fashion for centuries, but they were never particularly practical items of clothing for daily wear. Hems dragged in the mud, and voluminous skirts made walking, let alone other types of physical activity, difficult. Not that women were expected to run, jump, or play sports. (Medical science firmly believed that too much exercise was harmful to a woman in her childbearing years, as it might damage her uterus and result in sterility.) But for the gal who absolutely insisted on moving around, there was a handy device called a skirt lifter. 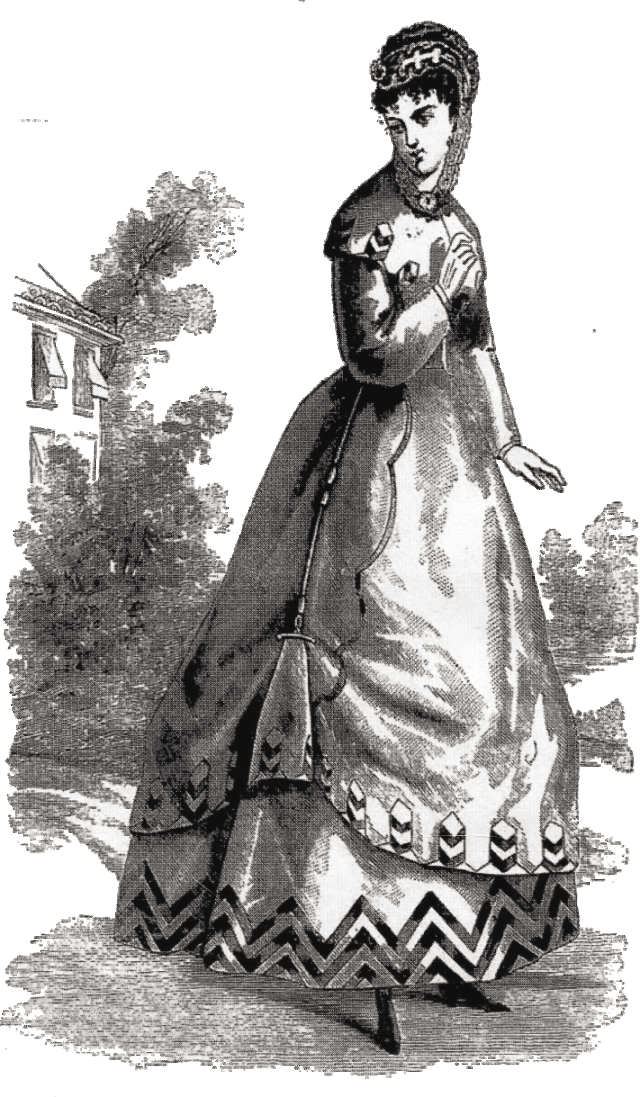 Skirt lifters were hands-free metal clamps that did just what their name implied, lifting a fold of fabric out of the way so a dress-clad woman could better engage in the limited activities considered appropriate for her gender. Also known as “dress holders,” they first appeared around the 1850s. Clipped to a chatelaine—a type of brooch to which all kinds of useful implements were attached by short chains—or directly to her belt, the dress holder raised a woman’s hemline to a length suitable for ice skating, dancing, or perhaps a genteel game of croquet. The device could also be used to mimic an on-trend fashion called a polonaise, where the dress was hiked up to show off a colorful underskirt. Shaped like hands, butterflies, scallops, or flowers, the grandest skirt lifters were made of gold, with gentle clips that wouldn’t injure delicate silken fabrics. 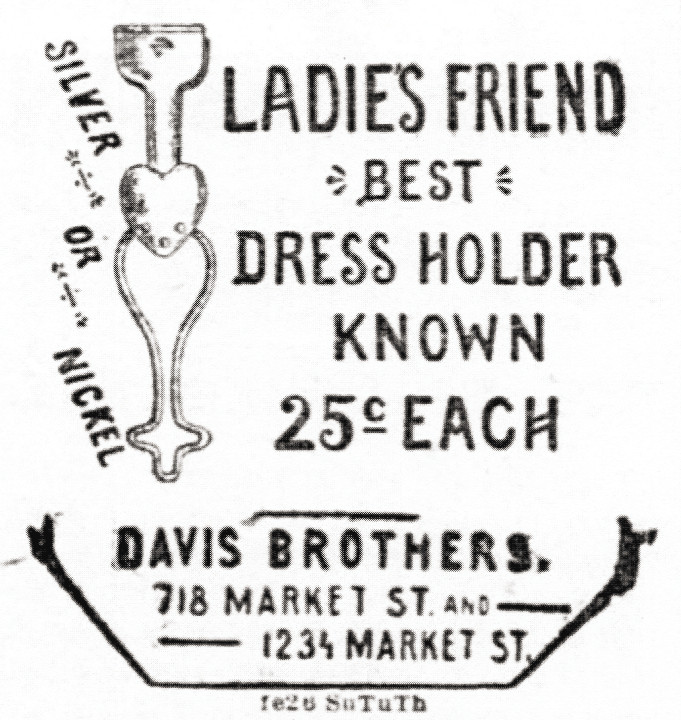 Things started to change around the 1870s, when reformers’ ideas about corsets and heavy skirts (both bad!) and female exercise (good!) started to take hold. A new wave of strictly utilitarian, industrial-looking skirt lifters with patented names like “The Grabber” or “Invincible” allowed women to participate in crazes for tennis and golf at a time when neither social mores nor fashion dictates allowed for shorter skirts or, heaven forbid, pants. Those styles eventually followed in the wake of the huge popularity of the bicycle in the 1890s, and rendered the skirt lifter all but obsolete by the early years of the 20th century.