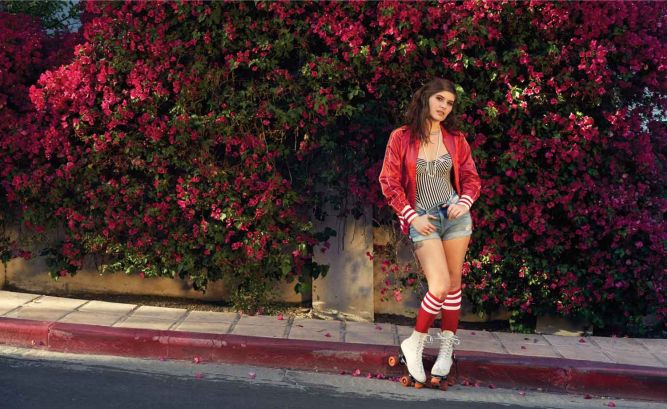 For Bethany Cosentino, this might just be the year of the woman. It’s kind of destined, the 28-year-old Best Coast singer, guitarist, and songwriter tells me. “My best friend gave me a tarot reading in February and it was all about having a self-discovery thing happen,” she says. “And about women playing a really important role in my career.” So far, the cards are right.

This BUST fashion story was shot by a woman, Annabel Mehran, which Cosentino appreciates. “[With male photographers] it’s always like, ‘Can you look more sexy?’” she says when we sit down to chat after the last shot of the day. “It’s like, ‘Can you just not fucking tell me what to do?’”

Her new rose-filled, hazy daydream of a video for “Heaven Sent”—the second single off Best Coast’s new album California Nights, which she’s on tour for now—was also co-directed by a woman, Lana Kim, and by Cosentino herself, as part of the whole self-discovery thing. “With this record I feel like I’ve really come into myself as a person, as an artist, and as a woman,” Cosentino says, adjusting her dark-framed “serious interview” glasses.

It’s a long way from how she felt in 2009, when she dropped out of college in New York, returned home to Los Angeles where she grew up, and was paying rent by working a retail job at Lush and selling vintage clothes online. It was then that she decided to go back to making music, which she’d been doing since she was a teenager, singing at a local coffee shop’s karaoke night, going to shows at downtown L.A.’s legendary punk venue The Smell, and playing drone-y noise music with her first band, Pocahaunted. She partnered up with Bobb Bruno, who became the other half of Best Coast. And with the release of their first album, 2010’s Crazy For You, they kicked off the girl-group-inspired trend that swept indie music, riding a wave of fuzzy, jangly rock about sunshine and crushes and millennial ennui all the way to mainstream success.

I feel like I’ve really come into myself as a person, as an artist, and as a woman.

But living life as music’s “next big thing” hasn’t always been easy. “A woman does a lot of growing between her early to late 20s you know? And to experience that in the spotlight has been a very bizarre experience,” she says. “Over the last couple of years, I’ve been my own worst enemy, doubting myself artistically, especially as a songwriter.”

But something shifted with California Nights. “When we made this record, I made a conscious decision to say, ‘I’m not going to take that bullshit into the studio. I’m going to try really hard to leave it at the door and then go in and just do my thing.’ It was more Zen, and I know that’s really cheesy, but it’s the truth. I’m really happy to be in the place that I am now.”

The place she’s in now is pretty darn good. At SXSW she met one of her heroes, Julia Louis-Dreyfus (“I was just like, this is ‘the moment’ for me,” she says). And several days before our chat, she performed “Don’t Worry Baby” onstage in L.A. with one of her musical inspirations, the Beach Boys’ Brian Wilson. Afterward, she snapped a photo of her dad backstage with Jenny Lewis, which she later texted to the singer because they’re cool like that.

Except Cosentino doesn’t think about herself that way. “I have never considered myself to be cool, and I think that’s why I am OK with very openly talking about being into things that aren’t cool,” she says, using her fingers to make air quotes, after mentioning that her new album has a bit of a Sugar Ray feel to it. “That’s always been our vibe, to just be who we are and not wear any sort of mask. The Bethany you get onstage, on Twitter, on Instagram, whatever, that’s really who I am,” she says. “I hate phony bullshit, and being in this industry is sometimes difficult, because so many people are so fucking phony. But that just inspires me to be more myself, and to encourage my fans, especially young girls who are confused about who they are, to just be themselves and to be OK with that.” 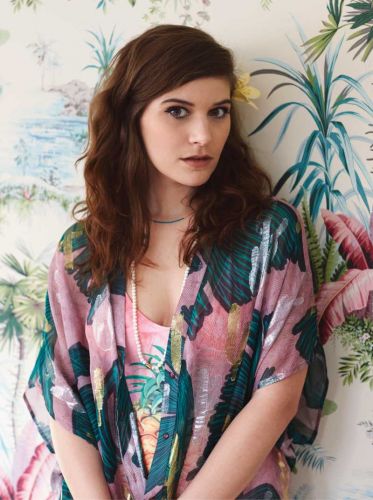 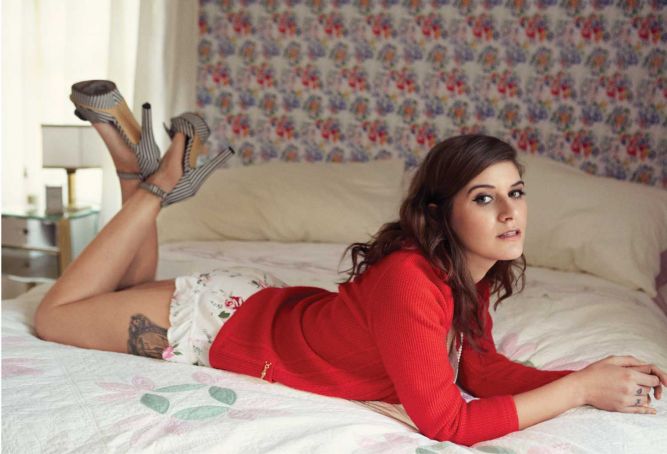 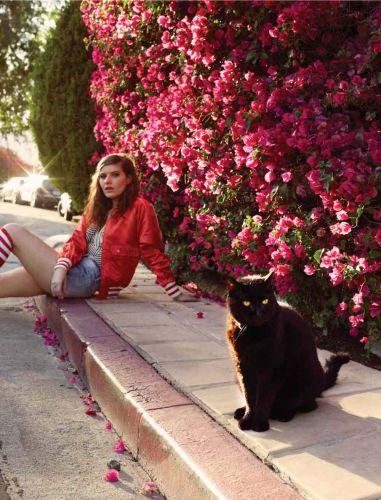 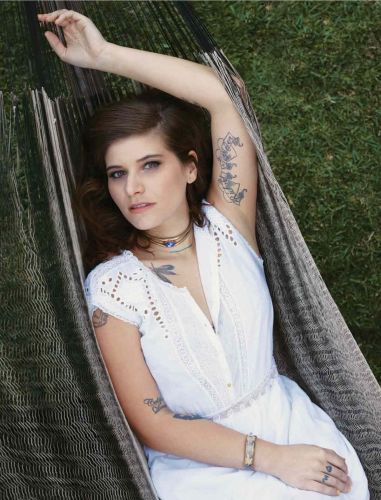 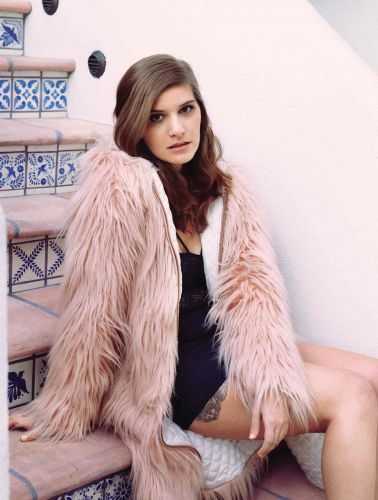 Tags: style , best coast , summer , from the magazine , concert , Bethany Cosentino
Support Feminist Media!
During these troubling political times, independent feminist media is more vital than ever. If our bold, uncensored reporting on women’s issues is important to you, please consider making a donation of $5, $25, $50, or whatever you can afford, to protect and sustain BUST.com.
Thanks so much—we can’t spell BUST without U.