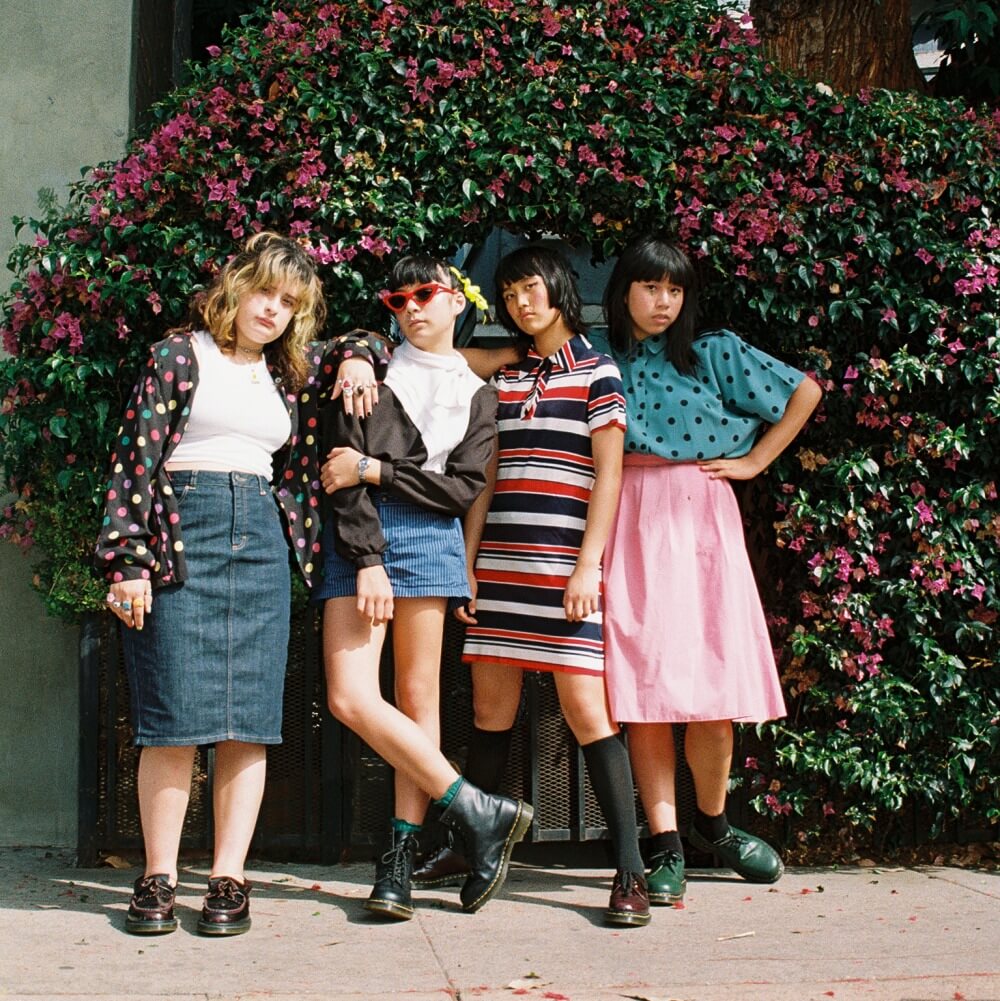 Earlier this year, beloved shoe brand Dr. Martens announced a series of mini documentaries about several music scenes in New York City and Los Angeles for their Dr. Martens Presents: Music & Film Series project. The latest episodes focus on women punk rockers in L.A. and the DIY music scene in NYC, with appearances from members of the old and new guard alike.

The 13-minute film gives viewers a fun peek into the past with archival footage from L.A. mainstays like the Whisky a Go Go, but it also explores the future of the genre, offering a glimpse of hope for those naysayers who still think punk is dead.

“A band like the Linda Lindas, they probably know more about what’s going on in our world than maybe we did when we were younger,” L.A. Witch front woman Sade Sanchez says at one point, reflecting on the old-soul wisdom of the group who range in age from 10 to 16. “Of course at that age you’re gonna be very angry, and you’re gonna do something about it.”

Cervenka, however, is arguably (and perhaps not surprisingly) the film’s biggest standout, offering wisdom about why punk is still important and dropping deadpan bon mots about her own heroes. “I didn’t idolize anybody,” she declares of her younger days. “I’ve never idolized anybody in my life. I like people or I don’t like people. Exception number one: Debbie Harry. She’s the greatest in every way.”

The second film, directed by Jeanette D. Moses, explores the DIY scene that spread across New York City in the early aughts and 2010s, with interviews from members of the bands THICK and Rebelmatic as well as photographers Edwina Hay and Walter Wlodarczyk. Oliver Ackermann, who in addition to fronting A Place to Bury Strangers founded the late, lamented Brooklyn venue Death by Audio, is also on hand to share his expertise on building a performance space from the ground up.

Gentrification, rising rents, and byzantine regulations have shut down many similar venues over the past decade, but Rebelmatic have at least one solution: play in the streets. When the coronavirus pandemic forced the closure of venues and mass cancelation of shows, the band put on an open-air concert for long-deprived fans. As vocalist Creature explains, that’s punk in a nutshell. “If a band’s not playing the music you like, start a band,” he says. And if the venue is closed, make one yourself. – Eliza Thompson

Top Photo of The Linda Lindas by Emma Cole