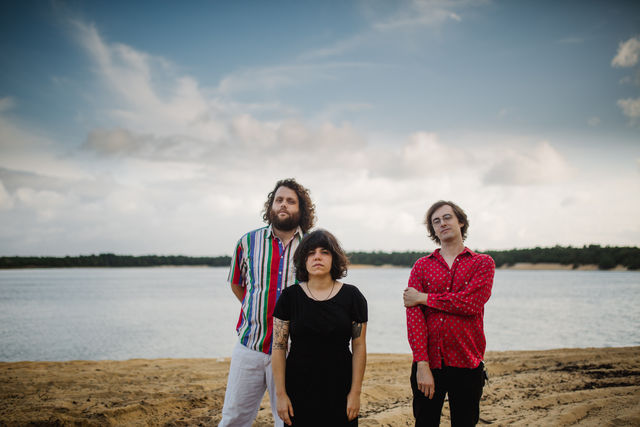 Throughout their lifetime as a band, Screaming Females have moved against the prevailing winds. Over six albums and more than a decade of touring, they have remained deeply individual and steadfastly DIY. Each new album has been a reaction to the last — a chance for the band to challenge itself and its audience by switching course and subverting expectations. All At Once is Screaming Females' seventh record — a double LP that captures the band at its most ambitious and expansive.

The band collaborated with producer Matt Bayles (Pearl Jam, Soundgarden, Mastodon), setting out to make an album in the spirit of a salon-style gallery show, where larger pieces provide an eye-level focal point to a galaxy of smaller works. Concision took a back seat to experimentation, with arrangements meant to evoke the energy and spontaneity of their live performances.

In celebration of All At Once’s release, the band has released the video for “I’ll Make You Sorry” which was created with famed director Lance Bangs (Sonic Youth, Nirvana, Yeah Yeah Yeahs).

Now more than a decade into its existence, Screaming Females can claim something that few of their peers possess in a comparable capacity: experience. “When you’ve been a band for 12 or 13 years, the resources can dry up and you just go back to what feels comfortable,” explains drummer Jarrett Dougherty. “The other option is that you develop stuff that a younger band would not have been able to do.” All At Once is the evidence of that growth — in its sprawl and scope, but also in its subtleties. Patience, perseverance, and long term dedication still work.

Hear All At Once in all its glory on Apple Music now.

Screaming Females will embark on an world tour in support of All At Once featuring support from Radiator Hospital, Thou, & HIRS. See the tour dates and buy tickets below.