How Much Should I Worry About Monkeypox (MPX)? Dr. Carol Queen Tells You Everything You Need To Know About the Latest STD. 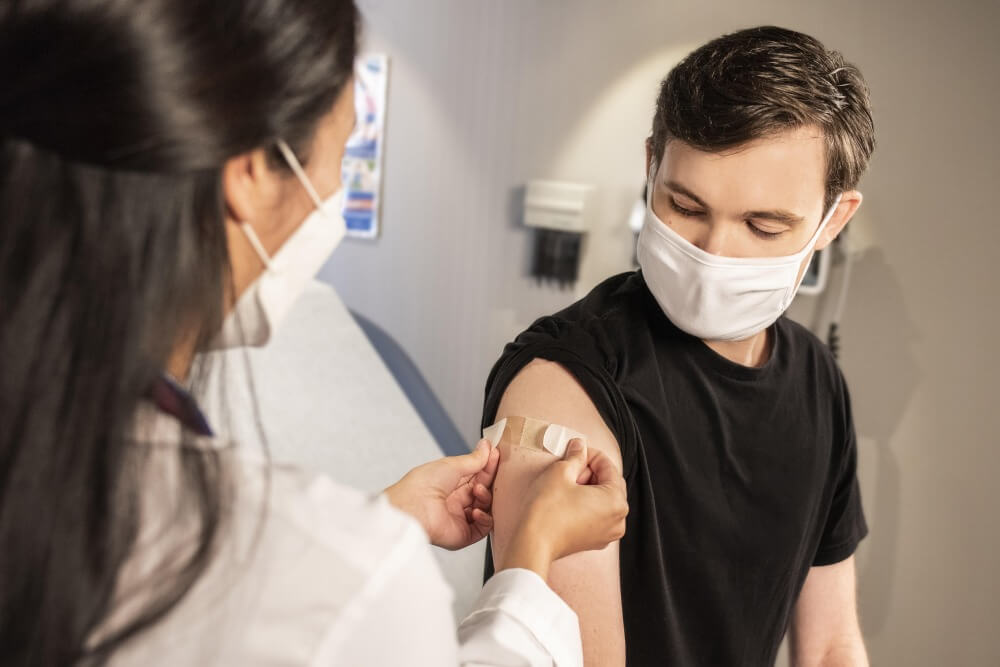 Oh, not another epidemic! Monkeypox (MPX)—a relative of smallpox—causes painful, raised, reddened lesions with pus inside and can also affect the body in other ways. This disease has been causing outbreaks in Africa for several decades, but it seems to have found its way to Europe and, the Americas, and here we are. In Europe and the U.S. it has so far primarily affected men who have sex with men, but it is beginning to slip out of that community as well. It is now obvious that MPX is sexually transmittable—but it can also be transmittable in nonsexual ways when people are in close contact, which makes it somewhat more dangerous in terms of how we can protect ourselves. Here’s what to know.

Because MPX is not only sexually transmitted—close contact and even contaminated bedding can lead to the pathogen moving between people—the disease can affect men, women, and everyone in between. Sexually transmissible infections don’t check gender or identity before hopping a ride to a new host. As I write this, roughly four percent of those diagnosed with MPX are women. Cases are going down in the men having sex with men (MSM) communities, but it’s too early to know if they will stay down. The Center for Disease Control thinks MPX is likely here to stay.

As the disease manifests itself, an infected person may show flu-like symptoms before breaking out into a rash; in many cases the rash develops into pox. Sufferers can have pox on their face, on their genitals, even up their butt, and it’s said to be excruciating. At this point, it’s especially dangerous because that fluid is full of virus, so even when the pox sites resolve and begin to scab over, the scab material is infectious. And this explains why it seems to be spreading via close and prolonged body contact, like for instance sex, making out, tribbing (aka scissoring), or other types of body rubbing—regardless of whether penetration occurs.

Anyone of any gender having any kind of in-person sex with a person who has MPX could be at risk of getting it, since it is the bodies coming into contact with each other that spreads the virus most efficiently. Women (including trans women) can get MPX and are most at risk if they have a regular sex partner who has it; if they have a lot of sex with different partners (including many sex workers); and if they engage in not-specifically-sexual bodily contact, too, like dancing naked or partly naked; riding bikes naked that are shared with other people (à la Burning Man-style bike riding); and full- body massages.

While MPX doesn’t hang in the air as easily as COVID-19, it can move between people on respiratory droplets, so you might not wanna put your mask away. Sex is an especially likely way to pass or catch it, but not the only way. It seems that it can be passed via contact with infected bedding or even in households where people are in close contact for long periods of time. Researchers have even found the virus on the toilets of MPX patients.

There is a test for monkeypox, but you might need to advocate for yourself because some doctors aren’t recommending it. Any unexplained rash might serve as a good reason to get checked out.

There is a monkeypox vaccine called JYNNEOS, which is given in two doses four weeks apart. As I write this, there have been worries that there isn’t enough to go around, so there’s also an ethical element to getting vaccinated until the vax becomes more available. Women can get it—ask your doctor if they have it or check alternative clinics or your county health department. (And ask if your area has a free vaccine program; some do.)

Condoms, dams or plastic wrap, and Lorals (the barrier panties) are important in helping to prevent MPX’s sexual transmission, but they may not be completely adequate because even if a lesion is not visible (or recognizable), it’s still potentially infectious.

Regarding the vaccine, ask yourself: Are you or any regular partners part of the sexually active MSM community? Are you in the medical field with a job that puts you in physical or other close contact with patients? Are you an in-person sex worker? The conditions of your work, if it involves close skin-to-skin contact, put you into a demographic that could benefit from the vaccine. If you’re a sex-party aficionado or like to dance in close proximity to lots of people for long periods of time—you too! But if you are a person with no notable risk factors, maybe head to the back of the line.

Top Image by CDC via Unsplash