How TikTok Helped Me Learn to Accept My Vulva 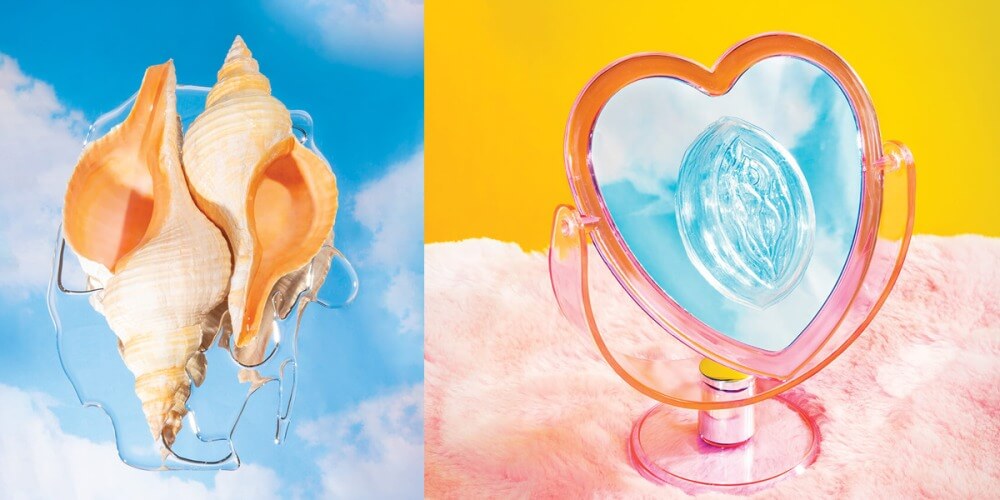 “I could never be gay because I think my own vagina is fucking disgusting.” That’s what I used to say, with a laugh, before I fully understood the complexities of gender and queer attraction, and their complete separation from genitalia. And when I came out as pansexual a few years later, I discovered that not all vulvas were disgusting. Some, in fact, could be rather lovely. Just not mine.

In summer, shorts exposed me if I sat down. My favorite panties could not contain me. I didn’t understand how every lingerie model I saw fit perfectly into bodysuits and barely-there underwear without ever having a lip slip. The fact that my clothing was not designed to encase me reinforced my belief that my body was ugly and abnormal. A part of me that was supposed to be sexy, the ultimate reveal, was an embarrassment.

I assumed everyone else’s just looked better. I worried I’d be stuck comparing that part of myself to my partners’, the way I always hurt myself by using other people as a yardstick with which to measure myself. Not even the rallying cry for empowerment, The Vagina Monologues by Eve Ensler (now known as V), could soften my feelings toward it. I performed monologues in two of the annual productions at my university. I heard the poetic lines about a vulva’s beauty and its flower-like shape over and over again. I watched fellow actors perform comedic tales of overcoming aversion to the “mink-lined muffler” in their pants and learning to let others love it.

The fact that I even had an opinion about my vulva alarmed me. How have beauty standards become so insidious that they have us critiquing the appearance of something we rarely see and have zero control over?

But I still longed for mine to be tucked away and tidy—any way other than how it was. A partner’s compliments couldn’t sway me—no one had ever remarked negatively about it, and that didn’t matter. I know all too well that body image doesn’t rely solely on the opinions of other people. And as an eating disorder survivor, I’m aware that there are far more toxic ways to hate your body. 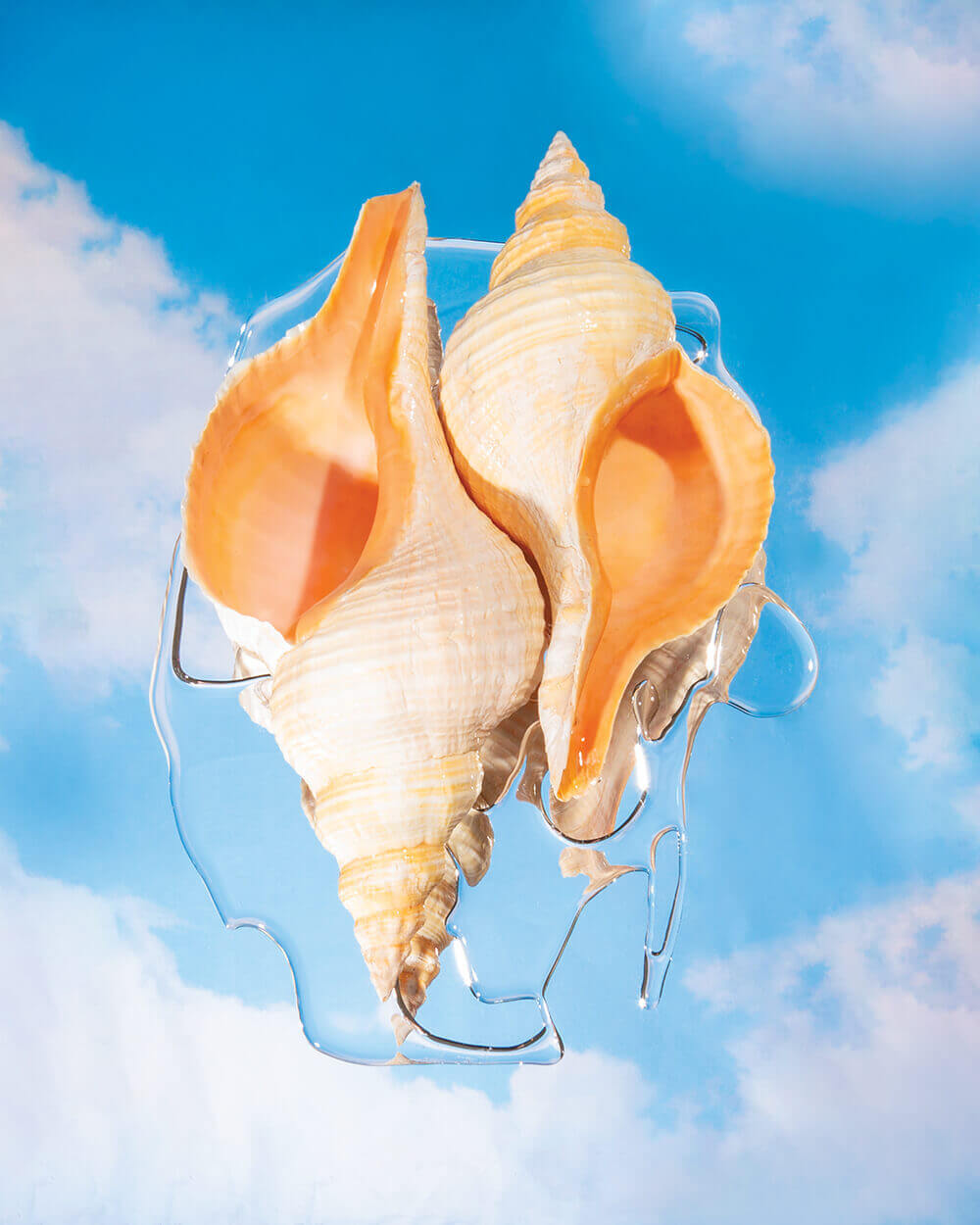 The fact that I even had an opinion about my vulva alarmed me. How have beauty standards become so insidious that they have us critiquing the appearance of something we rarely see and have zero control over? Dr. Sarah Yamaguchi sees a lot of vulvas in her work as a gynecologist and knows that her patients get caught up in the shape, size, and color of theirs.  She says pigmentation and size differ from person to person, just like with anything else on our bodies. “Just like being a redhead isn’t common but it’s normal, having extremely small labia or extremely large labia isn’t common but it’s normal.”

The range of “normal” is so vast that it is difficult to share any one model of a vagina, which is probably why I have never seen one like mine. Stella Harris is a sex educator and coach who teaches a class called Mapping the Vulva, where students are asked to draw a vulva before learning about the anatomy. “I regularly have people in my classes end up in tears when they find out they are ‘normal,’” she tells me.

Nevertheless, many vagina owners have taken drastic measures to be “normal” down there. About 10,000 people get labiaplasty each year. The procedure is often referred to as a form of “vaginal rejuvenation,” as if a 20-something’s pussy could be so used up and sad that it would need to be brought back to life like a wilted, shriveled houseplant on a windowsill. Labiaplasty is most commonly used to minimize the size of the labia minora, or inner labia. But the form of labiaplasty that would suit me is apparently a lot less common, I read on one website, and would involve “trimming” the outer labia or labia majora. It’s good to know my “problem” is even more rare than I initially thought! 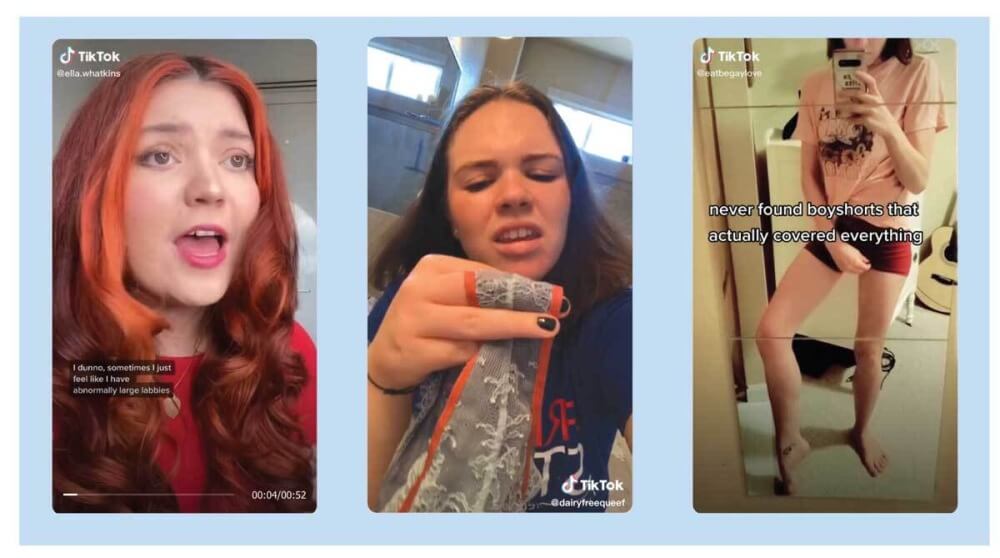 Yet, if a significant number of people are having vulva image issues, where are they talking about it? We hear all about size insecurity as it pertains to penis-having people. Commiseration over small dicks is socially acceptable. Dicks in general always seem to be fair game for conversation in the media, and no one bats an eye.

But I’d never seen any conversations about vulva insecurities. That is, until I got on TikTok. It started with a clip that used the “salami lid” sound—taken from a video of a guy saying, “the salami lid ain’t gonna fit,” as he attempts to put a lid on an over-full container of sliced salami. The sound has been used in dozens of TikToks to accompany videos of things that are too big for other things—like a fat cat trying to slip through a gate. But when TikTok user @dairyfreequeef played it over a video of herself holding up pairs of Victoria’s Secret panties to show how narrow the fabric was in the crotch area, I felt seen.

That video was watched almost 140,000 times and received over 200 comments. Many of the comments came from people who seemed to be as relieved as I was to see this issue out in the open. “God, I’m just so happy people are talking about this,” one commenter said. Others made it clear how much they related to the clip. “Like either left or right; it can’t fit both,” one said. “When sis falls out and you have to pretend nothing happened,” added another. “The outie people know what’s up, am I right?” commented a third. @dairyfreequeef even added her own response to the comment thread. “It’s such an unfortunate struggle. The level of audacity the basement curtains have, like they run the place.”

TikTok became the space I didn’t know I needed. Hearing people normalize it and essentially say, “Hey, I have the same situation down there, let’s laugh about it and commiserate over our cute panties never fitting quite right,” made me feel a whole lot less like I was this gross person with a weird vagina.

The “salami lid” video wasn’t the only place on TikTok where this sort of conversation was taking place. Australian actor, writer, and TikTok star Ella Watkins (@ella.whatkins), who’s known for making comic videos and has 1.9 million followers, shared a video featuring two Ellas, both in the same red dress, with one, wearing a red beret, interviewing the other. “Ella, what’s wrong?” the bereted Ella asks. “I dunno. Sometimes I worry that I have abnormally large labbies,” the second Ella answers, rather primly and properly, before going on to clarify what she means. “Untrimmed hanger steaks. A poorly stuffed sleeping bag. A generous helping of lasagna.” Beret Ella asks, “How generous are we talking?”

“If I fell from an airplane, I could parachute myself to safety,” the first Ella replies.

“Ella, there’s nothing wrong with having an immense ham hammock,” Beret Ella reassures her.

“No. Bell sleeves are coming back in fashion!” Beret Ella exclaims. It goes on from there, but you get the idea.

Watkins’ skit, which was posted back in August 2021, received over 300,000 likes and almost 2,500 comments, with viewers saying things like, “I feel so seen” and “Thank you for making me feel normal.” One viewer wrote, “I love this. As someone with this [issue], the video makes it more funny than embarrassing.” A labor and delivery nurse even chimed in to say, “I’ve never seen a single vulva and thought, ‘This one looks strange.’”

For me, it was especially important to see something like that become a hit on TikTok, where there is so much of a focus on thirst traps and flaunting hotness. Some people in the comments of Watkins’ video said things like, “I thought everyone had innies,” which helped explain why I felt so alone in owning one that was so, well, out there. The fact that the subject matter reached the right audience and spoke to many people’s struggles is a testament to the power of the Internet and its ability to build communities around absolutely everything. 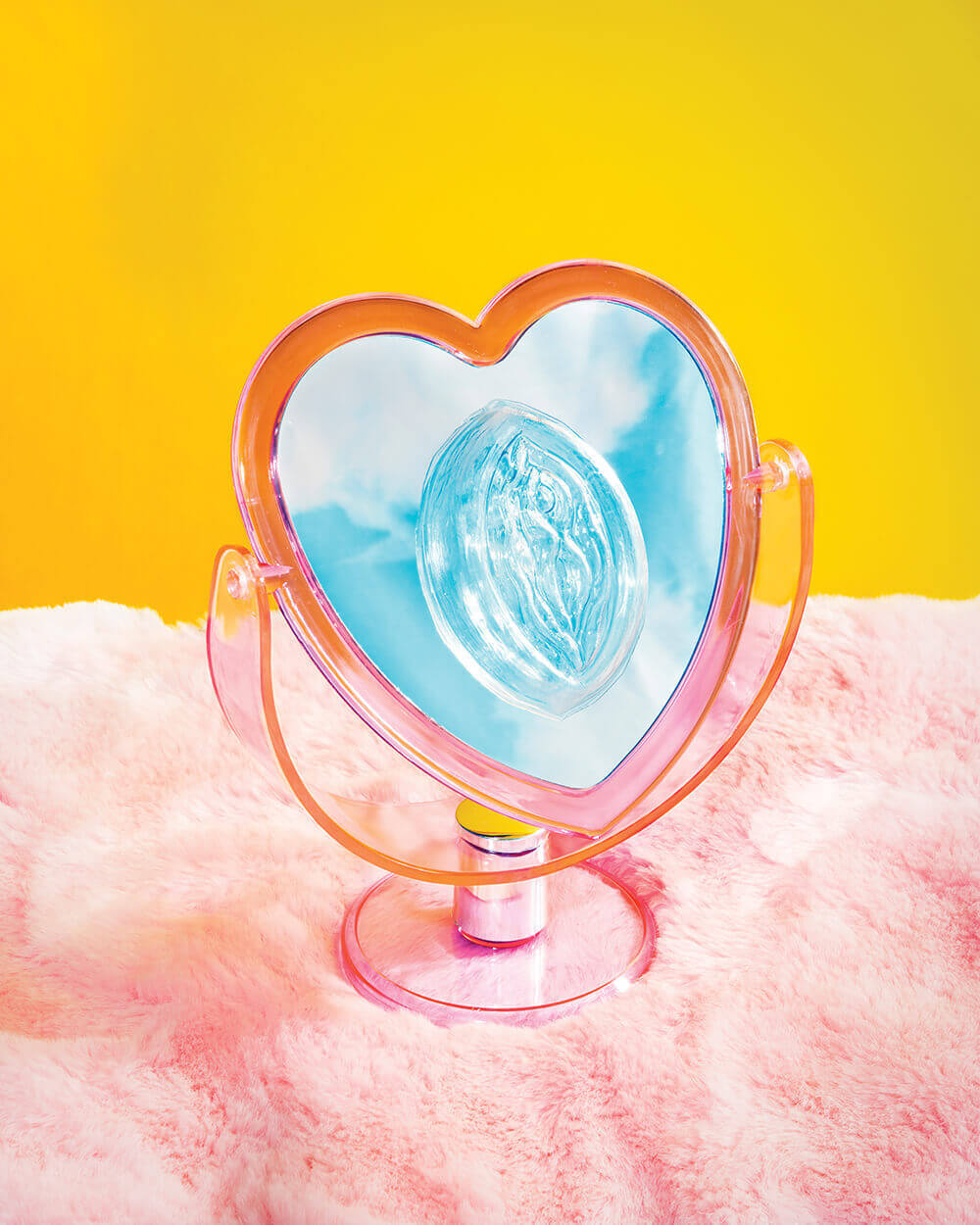 I posted my own TikTok video in which I show off some new Reebok boy shorts that offer full front-butt coverage. I used sound from Watkins’ clip (“Sometimes I feel like I have an above-average-sized coochi mama! An extra hot hot-pocket!”), along with text over the video that read “never found boy shorts that actually covered everything…till now.” I then kick my leg in the air with text reading, “demonstrating I can kick without releasing the hot pocket.” In my caption, I mention the brand for “anyone in the extra-large hot dog bun gang,” and thank Watkins for her “much needed representation.” The video garnered over 9,000 views and more than 700 likes, but the only comments were people telling me to just buy men’s boxers. The overall response was reassuring, but even after this experience, I’m still not rejoicing or embracing my “Big Mac buns.”

@eatbegaylove they're @reebok in case anyone in the extra large hot dog bun gang is wondering. thank you @ella.whatkins for the much needed representation #fyp ♬ original sound - Ella Watkins

Because the truth is, I have considered cosmetic surgery for this one part of me that is “too much.” But isn’t that what it always come down to with our bodies—they are always either too much or not enough? And at the end of the day, going under the knife to mold my body into a more “normal” picture of how a cisgender woman is supposed to look just isn’t worth it. I have the privilege of having genitalia that align with the gender I know myself to be. What would a “rejuvenation” really do for me, besides expand my underwear options? And I think it would be unsettling to glance down between my legs and see a shrunken version of a piece of my body, an intimate part of the only home I have ever known.

It’s OK that my vulva is ugly to me. I don’t need it to be beautiful, I just want to stop feeling disgusting and abnormal. So, if someone can make me laugh at myself instead, I’ll take it.

I guess what I’ve realized is this:  My vulva is not my womanhood. And, like my womanhood, my vulva doesn’t owe anyone prettiness. Not even me.