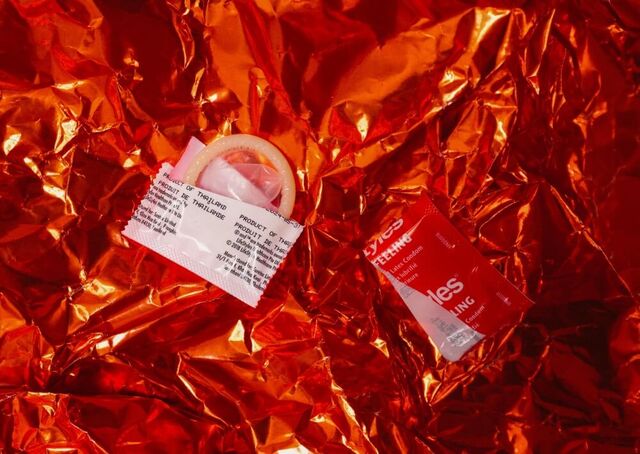 Sexual violence comes in various forms, and for many across the globe, knowledge of what does and does not count as sexual consent remains unclear. Before watching Michaela Coel’s TV series, I May Destroy You, I hadn’t known that non-consensual removal of condoms is classed as sexual assault.

In a sensual scene, Arabella (Coel) has sex with fellow writer Zain (Karan Gill) who secretly removes his condom after coercing her into engaging in the infamous doggy position. Moments before having sexual intercourse, Arabella ensures that Zain has a condom, with the idea of a reduced risk of pregnancy and S.T.I’s. However, it isn’t until after Zain ejaculated that Arabella finds out about Zain’s removal of the condom when she asks what he did with it. Zain’s excuse is that “it [the condom] got uncomfortable,” and Arabella is forced to get the morning-after pill. In the next episode, the investigators of Arabella’s previous report of rape tell her that the secret removal of a condom is classed as rape. “The problem is when people don’t know what isn’t a crime, and what is a crime, they don’t report it. And then people get away with it,” they tell her. In this episode, Coel reveals to her many viewers that the secret removal of a condom is classed as rape in the U.K., which is news to many viewers.

The act, which has been dubbed as "stealthing," is already being prosecuted as sexual assault in several countries including the U.K., Germany, and Switzerland. Last week, legislature in California unanimously passed a bill making it illegal to partake in non-consensual condom removal. Should Governor Gavin Newsom sign the bill into law by October 10th, California will become the first U.S state to make stealthing an illegal violation of consent.

Congresswoman Cristina Garcia, introduced the bill which would allow victims to sue the perpetrators for damages. She had also previously created the bill four years ago, proposing to make stealthing a criminal violation.

Although the bill will make the removal of a condom without verbal consent illegal, it doesn’t change criminal codes, only civil codes.

Garcia’s interest in addressing nonconsensual condom removal stems from a 2017 article by attorney Alexandra Brodksy, who was a third-year law student at Yale at the time. The paper, “‘Rape-Adjacent’: Imagining Legal Responses to Nonconsensual Condom Removal,” combines first-person interviews with legal analysis to bring to light the similarities between stealthing and other forms of sexual assault.

In an Interview with The New Yorker, Brodsky explains how she came up with the idea of anti-stealthing for her paper, saying, “I met a lot of survivors, and I was exposed to stories about a lot of different kinds of sexual harm. Sexual violence takes many forms—very little of it looks like the cliché of rapists jumping out of the bushes—and, especially among young people, sexual violence often happens in the context of otherwise consensual sex.”

Some readers may be wondering how this act can be placed as akin to crimes as awful as rape. Speaking to The New Yorker, Brodsky explains the impact stealthing has on survivors saying, “The survivors of this harm talked to me about a range of feelings: how it made them feel powerless, how it made them feel as though their partners just had no concern at all for their autonomy. It was also interesting to me that a lot of the people I talked to were deeply hurt by the experience but didn’t know if they were right to feel that way. They didn’t know if what they felt as bad was really bad. In my experience, part of the value of naming these things is to affirm for survivors that they have the right not to be treated this way.”

Lawyer, Carly Mee at the Fierberg National Law Group on behalf of victims of sexual violence, explains the traumatic impact stealthing has on victims, “This is an act that violates someone’s independence. There is a risk of pregnancy and a risk of sexually transmitted infections, but in essence it is changing the overall nature of sexual encounters.” Mee goes on to say that under the California bill, stealthing is actually a breach and that victims can pursue damages from the perpetrator.

A professor of psychology at John Jay College of Criminal Justice in New York City, Elizabeth Jegcric, explains that stealthing can cause post-traumatic stress similar to that experienced by rape victims. She says that, “Many women explain it to the feeling of having experienced rape. It violates the trust you had in your partner.”

The laws of sexual consent may appear complex as sexual violence comes in various forms. Thus, it is fantastic that people like Coel, Brodsky, and Garcia are beginning to expose the violent extents of stealthing to those who still remain unaware of the many forms of consent. We can only hope that more US states will follow in California’s stead and criminalize stealthing.

Tags: Stealthing , Alexandra Brodsky , Christina Garcia , consent , sexual consent , sexual assault , I May Destroy You
Support Feminist Media!
During these troubling political times, independent feminist media is more vital than ever. If our bold, uncensored reporting on women’s issues is important to you, please consider making a donation of $5, $25, $50, or whatever you can afford, to protect and sustain BUST.com.
Thanks so much—we can’t spell BUST without U.