For Vegans, The Birth Control Pill Can Be Hard To Swallow 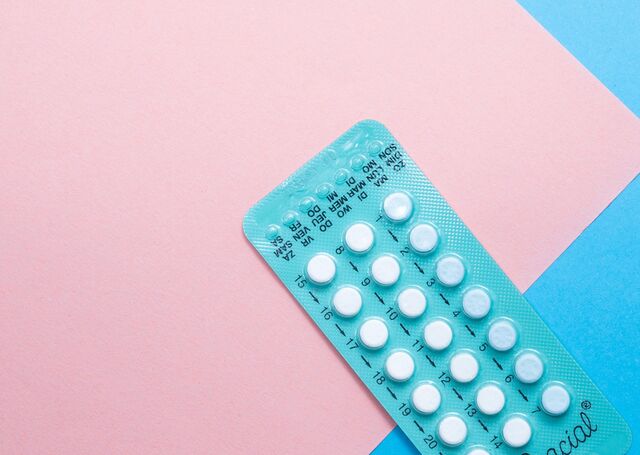 Some say a spoonful of sugar helps the medicine go down, but the use of milk sugar (lactose) and other animal products in birth control pills may be hard for animal lovers to swallow. While eliminating their contributions to animal suffering through the foods they eat, the fabrics they wear, and the personal hygiene products they use, vegans still may not think twice about the medications they take on a routine basis. But, like many nutritional supplements and pharmaceutical drugs, the birth control pill is produced using processes and materials that exploit animals.

All forms of The Pill, as well as hormonal intrauterine devices (IUDs), contain progestin, a synthetic hormone that is made in labs using cholesterol sourced from animals in many cases. No matter the brand or hormones, all oral contraceptives contain lactose, a sugar that is found in cows' milk and harvested by humans through artificial insemination. According to Drugs.com, lactose is used to compress pills into solid form and is a “pharmacologically inactive substance,” meaning it is not necessary to the effectiveness of any drug. Healthline reports that this “filler ingredient” can make pills “easier to swallow”; it is, in other words, an animal product that could be avoided in drug production. Some oral contraceptives also contain stearic acid, another unnecessary animal-derived material used to “improve the consistency” of the pills. The copper IUD is one of the only contraceptive options free of animal products, although—as with all contraceptive methods for women—they are tested on animals.

Worldwide laws and regulations currently require all medicines to be tested on animals before they can be tested on humans during clinical trials. In this regard, no medications are animal-friendly, and the industry does not offer any cruelty-free alternatives. Animal testing for cosmetics has been banned in the European Union since 2013, and the global pharmaceutical industry can and should follow suit by abandoning animal experimentation in favor of employing the existing alternatives, such as in vitro and computer-based tests, and exploring new ones.

So what's a vegan to do? The Vegan Society defines veganism as “a way of living which seeks to exclude—as far as is possible and practicable—all forms of exploitation of, and cruelty to, animals for food, clothing or any other purpose.” Due to the complete lack of animal-friendly birth control pills, combined with the utility and frequent necessity of hormonal birth control, The Pill falls under the “practicable” exception… that is, until pharmaceutical companies can get with the times and make use of ingredients and practices that are not built upon cruelty to or exploitation of animals.

7 Best Tips For Going Vegan Easily And On A Budget: Advice For Anyone Who Wants To Eat In A More Environmentally Friendly Way