Why Some Women Choose To Pay For Sex 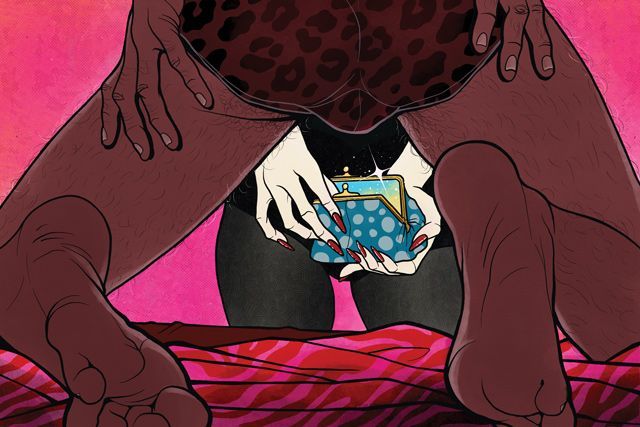 In Australia, where sex work is (mostly) legal, women are paying to get laid and loving it

For a sex researcher like me, Australia is a great place to conduct studies because sex work here is mostly legal. (In some areas there are conditions placed on its legality and in other places it is only “decriminalized,” but generally speaking, it is mostly legal.) This lawfully neutral environment makes it easier for folks to open up about things like buying and selling intimate services. So when I developed an interest in why women purchase sex, I simply used Google to connect with a variety of sex workers in my area. Through them, I was able to meet and interview a diverse group of 21 women (including one trans woman) about their experiences buying sex. These interviews became the basis of my doctoral project, and my exploratory study was simple: to find out what was happening behind closed doors and learn how these women felt about it.

The women in my study stated across the board that the worst aspect of buying sexual services is the stigma attached to it. I found out more by analyzing the comments on some media articles specifically about women buying sex. This revealed that about half of the Australians who commented thought that women buying sex were brave, with one poster saying they were “feminists in action.” The remainder of those commenting thought sex should not be a commodity and women who bought sexual services were either sluts or victims of male sex workers. These dichotomized approaches—not unlike the traditional Madonna/whore stereotypes—may be because we haven’t really seen much evidence of women buying sex in popular culture, and depictions of the sex industry regularly depict female sex workers being exploited by men.

About half the women in my study said they bought sex for therapeutic reasons. Three of these women were suffering from pain during sex (aka vaginismus) and approached sexual services as an extension of physiotherapy. Five women with sexual trauma in their backgrounds bought sexual services to practice relationship skills in a controlled environment. The other half of the study participants said they just wanted to have fun, like “Hannah” who said, “This is all about me,” and “Joanne,” who said, “I just want to be totally indulged.”

All of the women I interviewed said they felt somehow empowered or transformed by buying sex, because it taught them how to initiate a sexual encounter and how to negotiate and maintain boundaries around consent and individual desires. These experiences represented real progress away from the sexually receptive and passive roles they had traditionally been expected to perform, and they hoped to be more communicative with future partners about what they do and do not want in bed.

I was surprised to learn that although only three of the women I interviewed identified as same-sex attracted, several of my heterosexual interviewees bought services from female sex workers because they wanted to receive a one-directional or other, non-penetrative service (such as a bondage or a special interest session), and they felt less fear for their safety booking a session with a woman. This sentiment was echoed by other heterosexual women in my study who complained about there being a shortage of suitable straight male sex workers. They reported that while there are plenty of men who advertise sexual services to female clients, many do not demonstrate a commitment to customer service and/or feel predatory. To avoid this, the heterosexual women I spoke to tended to do lots of research before buying services and then made their choices based on professionalism, reputation, and communication skills.

When it comes to the main reasons why women purchase sex, perhaps “Shirlee,” one of my most experienced interviewees who has been visiting sex workers for over ten years, sums it up best. “I can have sex when, how, and with whomever I want,” she says. “But stigma steals that power.”