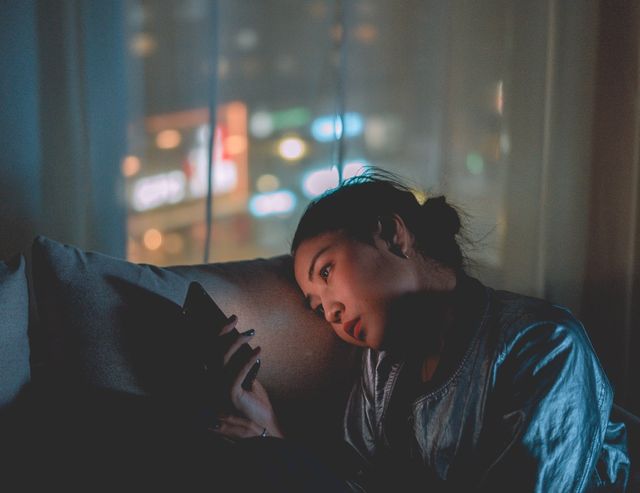 The dating site Match.com boasts the slogan “start something real,” positioning itself as the most authentic version of online personals. So it’s ironic that, while gay and straight members are welcome, bisexual subscribers have to jump through unnecessary hoops—and they still don’t get to present themselves accurately, thanks to Match.com’s discriminatory practices.

In 2014, Pink News revealed that Match.com was requiring bisexual members to pay for two subscriptions and use two profiles, one for dating men and one for dating women. In communications, Match representatives simply said, “we know it’s not ideal.” After the Pink News story, Match relented on requiring a separate fee, but they still require bi subscribers to have two profiles.

And if that wasn’t enough of a hassle, bi members can’t just make both profiles upon signing up. Instead, you must make your profile and check a box to indicate if you’re there for men or women. Then, you can email customer service and inform them of your bisexuality so a representative can set you up with a free second profile. In essence, this means bi subscribers must have one straight profile and one gay profile, but not an accurate—authentic—bi profile.

It's hard to even find the information on requesting a separate profile. I did a fair amount of research to find out about requesting a second profile (which I did not do; I just never used my membership and let it expire). It seemed like a no-brainer that they would have more options for bi users. I kept checking my settings, thinking I must have checked the wrong box somewhere.

But I hadn’t. This practice is discriminatory and bizarre, especially since Match also owns OkCupid, which has a broader range of sexual orientations available: Match clearly has the technology to let bi users browse both male and female profiles. And if they’re accepting gay members, why should their policy on bi members be so much more complicated?

The answer points back to the bigger cultural problem known as bisexual erasure. This often manifests as the idea that bisexuality is a myth, that bisexuals are indecisive and greedy, that a bisexual is straight when with a hetero partner and gay when with a homo one. Bisexuals aren’t only overlooked by the hetero community but by queer communities as well, furthering the pain of discrimination. Who can forget the early episode of the L Word where Dana asks Alice, “When are you going to make up your mind between dick and pussy? And please spare us the gory bisexual details.” This kind of erasure has serious manifestations: a major university study from 2019 found that bisexuals experience higher rates of depression than straight or gay people, in part because of the discrimination and a lack of community.

Another example of bisexual erasure is the #droptheb campaign which argues that, in order to acknowledge the full gender spectrum, we should stop acknowledging bisexuality. And, chillingly, an anonymous writer on the Unpopular Opinions Tumblr writes, “I think we need to take the B out of LGBT. Bisexuals have it way better than most of us in the queer community. They have straight privilege and ride on the coattails of the gay community. ‘But we have to hide our sexualities to avoid persecution too’ [they say]. No, you just hide half of it,” the blogger says, not defining what they mean by “riding on the coattails of the gay community.” This anti-bisexual sentiment from a queer blogger is eerily similar to Match’s two-profile system—the idea that bisexuals are half gay and half straight, not fully bi.

Match clearly is aware that they have bisexual subscribers, yet don’t accommodate them. Willfully obscuring the process for people like myself is even crueler than ignorance. Match has always advertised themselves as the site where people find lasting relationships, and I can’t help but think that their antipathy toward bi members has to do with finding bisexuality incompatible with long-term monogamous relationships, or otherwise treating it like a kink.

After I learned of Match’s policy, I started an online petition to encourage change. I shared the petition on my social media, and several people just recommended different dating sites, as if that fixed the problem of being unwelcome in a way that’s all too familiar. I shared my petition with a number of LGBTQIA+ advocacy groups, both on Twitter and via email, and received no replies or engagement. After all this effort, I’d only collected 20 signatures, including my own. By contrast, an online petition asking OkCupid to add more gender identity options received 1303 signatures.

The LGBTQIA+ community should strive to represent all the groups who comprise their acronym. The goal of such activism is that people can comfortably live as their chosen orientation and gender presentation. Asking Match.com to end the discrimination and let bisexual members use a single profile to browse people of all genders is a small thing. But progress is comprised of many small steps, and we go backwards when we claim to be allies but don’t call out a company’s blatant discrimination.

In part, what’s so infuriating about Match’s policy toward bisexual subscribers is that it doesn’t seem like it would take a lot of work to fix. Profiles would still be created and browsed the same way, only tweaking algorithms to allow for both male and female results. There’s no practical reason this change can’t be implemented. If Match wants to “start something real,” shouldn’t it start by letting bisexuals present themselves authentically?

The B is for Bisexual: How "Grown-ish" Is Getting Nomi's Sexuality Right

Erin Lyndal Martin is a creative writer, music journalist, and visual artist. Her website is at www.erinlyndalmartin.com. She's on Twitter at @erinlyndal.