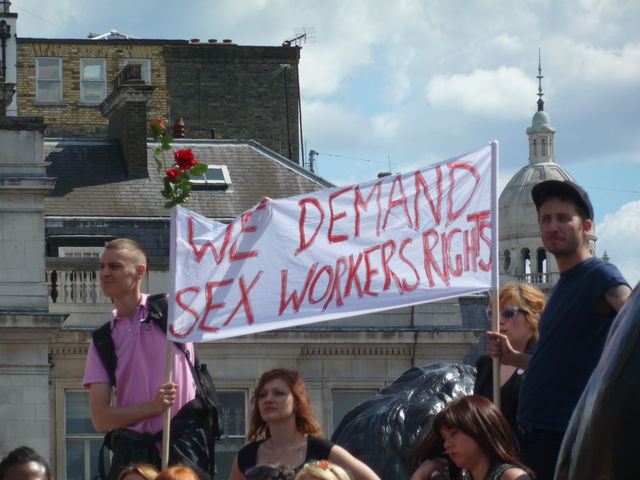 An issue regarding decriminalizing sex work has divided members of the National Organization for Women. Toni Van Pelt, the president of NOW, reignited the long-debated issue after testifying in front of the D.C. council last October, where she vehemently stated on the behalf of the organization that it would not support a bill to legalize sex work in the capitol.

The 72-year-old argued that, if legal, the area would become a hotspot for sex tourism and endanger women and girls. She added that the industry is “the most extreme version of the violent oppression of women.”

Although sex work or “prostitution” is inherently sexist, the industry, per se, and factors around it have changed. It no longer solely involves the stereotypical, and damaging, image of a woman (often on drugs) reluctantly waiting by the side of the road for seedy characters to pick her up and have sex with her. There are many different areas and methods of sex work nowadays, each entirely different from the other. There are “cam girls,” who can work from the safety of their own home; on their own terms and never have to meet or physically be with anyone. Likewise, phone-sex operators can completely hide their identity. There’s also porn, which has been around for longer than the internet. Stripping, dancing, and escort services are some others.

As each job varies, it’s hard to come down on all of them with the same perspective and rule out that each is dangerous and not a chosen career path of the women doing them. It’s becoming more well-known that a large number of sex-workers are just fine and more than happy to profit from whatever type of work they want. Furthermore, this economy is dire AF. Most young people are working minimum wage jobs, some having more than one, to barely survive. Not to mention, for many trans women of color, sex work is their only means of survival as working any mainstream industry is not often an option for them. So what if someone prefers to be a sex worker than a waitress? If anything, by making it legal, sex-work would become safer and less stigmatized.

And it seems as though a lot of chapter leaders from NOW throughout the country agree. The D.C. chapter responded with a letter to Van Pelt's testimony that said, “we ask that that National NOW modify their language to reflect the terms currently accepted and used in the sex worker community and by progressive organizations that show respect for all women and their choices.” Van Pelt replied with a statement that no mother would want their daughter to be a sex worker.

Michelle Fadeley, chapter leader of Illinois, told The Daily Beast how shocked she was. “We could say the same thing about abortion. I don’t think anyone wants their daughter to have an abortion, but that is not a valid argument to not have that choice, and to not support women who choose that.” Jennie Rose D'Elia-Dufour, chapter president of Montgomery Country, MD, brought up the popular and seemingly selective “my body my choice” rhetoric. California chapter president, Kolieka Seigle, was saddened to be on the wrong “side of history.”

Fighting for sex-workers rights and for those who work in the industry to not be penalized isn’t agreeing with the patriarchy. Like anything, it will happen regardless of its legal status and potentially become more threatening to women if it’s pushed too far underground without many resources or ways to ensure women are protected. While it is a tricky subject the focus shouldn’t be on what people’s opinions on it are, it should be making sure no one is harmed or forced to become a criminal simply because of their choice to profit from this type of job.

Let Them Sit On Cake: Professional Cake Sitter Lindsay Dye On Art, Camming, And The Decriminalization Of Sex Work