Think Your Sex Drive Has Stalled Out? Here's Why It's Likely Just Fine 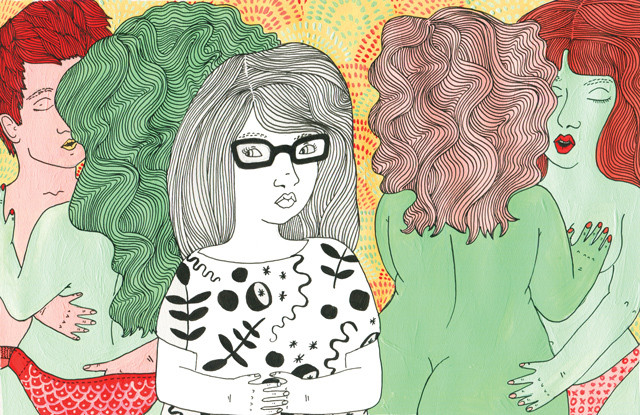 YOU MAY WELL have heard about the new drugs for women who are upset or “distressed” about their sexual desire—mostly, that they don’t have enough of it. One is a pill–not to be taken with any alcohol (as if!), and the other, well, it’s an injection the woman must give herself just under the skin on her abdomen (or thigh, if that seems more appealing). Aside from the debate as to whether these drugs are really any better than a placebo, and the various side effects and safety concerns they elicit, the big question is: Why does the pharmaceutical industry think there is a market for this type of drug?

Well, past surveys—many of them quite large—have reported that some 30 percent of women believe that they have too little sexual desire. So what, exactly, is the standard women think they are not meeting? Are they comparing their feelings to the type of sexual desire or “lust” they see depicted in movies and novels? The kind where people want sex all the time?

Maybe—or maybe they remember the early days of a relationship, where everything is new and unexplored. But it’s not just the media that presents us with a single image of sexual desire. Sadly, the official psychological, medical, and psychiatric teachings used to be that women and men, if they are sexually healthy, are aware of an inner urging for sex at the outset of any sexual encounter and in-between encounters. It didn’t matter if you had a busy life, with a multitude of things on your mind—if you rarely thought about sex and had very few actual longings for any sexual activity, you would be seen as being sexually unhealthy. Even if you were happy to accept or instigate partnered sex when an opportunity arose, that alone did not make up for the lack of sexual desire that, the thinking went, was supposed to be urging you on to be sexually active. And if this distressed you personally, or indirectly because your partner was not happy about your lack of “lust,” then you might well have been diagnosed with a sexual disorder. No wonder 30 percent of women are concerned about their sexual desire!

Fortunately, for the last 20 years, the consensus has grown that for both women and men, it is completely normal, and very common, to find that sexual desire can actually be triggered by the arousal that results from sexual activity itself. In other words, their desire for sex doesn’t really “turn on” until they are beginning to feel aroused during a sexual encounter. We can call this type of desire “responsive” desire. So when people speak of their enjoyable sexual experiences, it becomes clear that responsive desire and sexual arousal coincide and reinforce each other. If you experience “responsive” desire, you get aroused, which leads to more intense desire, which leads to further arousal, etc.

Nevertheless, many men and women are very aware of sexual feelings and thoughts throughout the day—which some people call “spontaneous” desire. This may be in part because they are more aware of the arousal from subtle genital sensations that arise from mild or overt sexual thoughts. Other women tell researchers that they are not particularly aware of genital responses to sexual cues and stimuli in the environment, and only come to focus on these physical, especially genital, sensations when they are actually engaged in sexual activity.

This means there is a broad spectrum of sexual desire in sexually healthy women. Some are very aware of sexual feelings from minor, as well as obvious, sexual stimuli throughout their day, and others are less aware of similar feelings until they are sexually engaged. And both “responsive” and “spontaneous” forms of sexual desire are equally valid. Fortunately, more recent definitions of sexual disorders focus on difficulties with getting aroused, or difficulties having pleasure from sexual stimulation. No longer does simply being distressed about not thinking about sex in-between times of sexual activity, and not having a specific sexual urge or desire at the outset of activity, merit a diagnosis of sexual disorder.

A Sexologist's Guide To Muffing

"My Crotch Sets Off The TSA Scanner. I Have No Piercings, WTF Could Be Going On?!"