The Sexist Way STIs Are Discussed — And Diagnosed 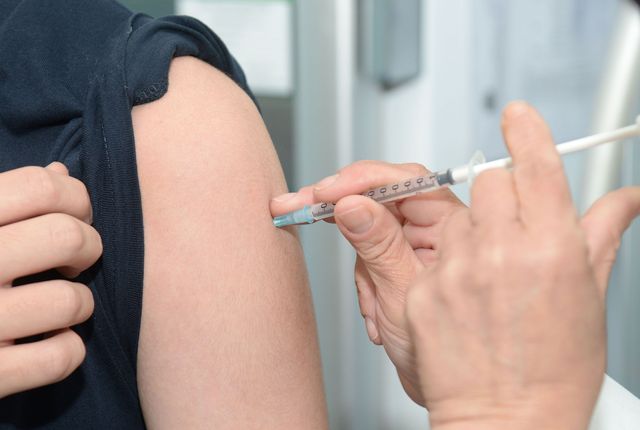 The U.S. Center for Disease Control (CDC) has recently released their surveillance report on STDs, and the statistics are alarming: reported cases of gonorrhea, chlamydia, and syphilis in the U.S. have all risen for the fifth consecutive year in a row. The number of patients contracting and living with STDs reached an all-time high last year in 2018, and it is only expected to rise for this current year.

Elizabeth Torrone, an epidemiologist with the CDC, said in a statement to CNN, “Combined [the cases] total 2.4 million infections that were diagnosed and reported just in [the] last year alone..." The agency’s number one concern is how these STDs are affecting women and children. The CDC’s state of the union address to Americans is that “too many babies are needlessly dying” specifically due to birth complications connected to pregnant women who have contracted syphilis. “Every single instance of congenital syphilis is one too many when we have the tools to prevent it,” says the report. The same concern goes for people who develop various diseases from sexually transmitted bacterial infections that cause higher reproductive system-related health risks down the road, like cervical cancer and ectopic pregnancy. Though these are genuine concerns that specifically affect the anatomically female population, why is the pressure to stop this epidemic being placed on them alone and not on men?

There are some key differences in the way men and women both contract and report their reproductive health concerns to doctors, which may reveal some insight on this gender bias. STDs are typically easier to diagnose in men than they are in women. If a woman reports experiences with discomfort or irregular discharge, there could be a multitude of causes for these symptoms, many of them unrelated to serious infections. Many women feel discouraged or unmotivated to see a medical professional about the concerns they have with their reproductive health because the discomforts they feel are so normalized and common among women; for men, on the other hand, experiencing irregular discharge or soreness is almost immediately associated with some sort of STI contraction, and thus easier to diagnose as such. Also an important distinction: in heterosexual partners, STIs are more transmittable from the man to the woman than vice versa. All this is to say that this gender bias is not simply social or cultural — it is also medical.

All these scary statistics aside, there is a real cultural disconnect in our national dialogue on safe sex. Our national conversation about healthy sexual habits lacks the urgency and awareness it requires. I cannot remember the last time there was an in-depth, honest conversation about STI contraction in media. There have been memorable examples of characters in film and television dealing with the consequences that come with sexual activity, but the discussions almost always surround unexpected pregnancy or the contraction of HIV/AIDS — the only two results of unsafe sex practices worth worrying about, apparently.

If there are examples of characters faced with the realities of contracting other STIs/STDs, it is almost always thrown away as a joke or a one-off plotline. For example, the time Lena Dunham’s alter-ego Hannah Horvath had a near breakdown after testing positive for HPV on the first season of HBO’s Girls. Or when an episode of Degrassi showed teen characters Emma, Amy, and Alex discovering they had all contracted gonorrhea from the same boy. There are a number of other shows and films that discuss the topic, but it is a small number, considering the number of Americans who are positive for STDs. And the programs that do discuss STDs mainly focus on these experiences from the perspectives of women, femmes, and queer folk — straight men are rarely the focus.

Knowing what we know now about the demographics of those transmitting and contracting these infections, and who’s more endangered by them, it seems unfair that these narratives are putting all the pressure on these marginalized communities to have these important conversations amongst ourselves while men are left out of the conversation. If it is true that, in heterosexual situations, men are more likely to transmit to women, then why aren't we holding more men to the fire?

We allow men to continue dangerous sexual habits when it comes to contraception use because the long lasting effects of STDs affect women directly. I can't help but imagine if it were men who were the losers in this scenario, safer sex campaigns would be promoted and advertised across this country today. Maintaining your sexual health, whether you are positive or negative, is an important part of leading a happy and healthy life overall. Whether they are being broadcast or not, these kinds of conversations are happening everyday and should be reflected back to us to legitimize the experiences people are facing when it comes to sexually transmitted infections and diseases of all kinds.

Over 110 million Americans are living with STDs. Most of those with STDs continue their sexual activity after they are diagnosed (as they should). Not reflecting this epidemic in media, whether the story be fact or fiction, leads to misconceptions about the very present dangers of contracting these infections in our current culture. It adds to an already negative stigmatization of those who live with these infections by creating a false narrative that STIs are only contracted by those people who are deserving of them for practicing reckless sexual habits. The truth is contracting STIs are a statistical likelihood for all young people who are sexually active today. Sex and culture critic Ella Dawson has spoken about this truth in her own writing about her own experience after being diagnosed with genital HSV-1, most famously in her now viral Ted Talk about STI contraction.

The "irresponsible" sexual habits that people who have tested positive for STIs are demonized for are common sexual behavioral patterns that are perpetuated by the sex-negative culture around us. Lack of proper sex education nationwide, and the systematic cultural shame attached to sex, is what leads to poor sexual habits and misinformation about the realities of STIs and STDs. The risk of contracting an STI is always present, especially if you are sexually active with multiple partners — and women are disproportionately carrying the weight of this epidemic. It’s on all of us to use the resources available to us to practice safe sex habits without shame or hesitation. Keeping yourself and your partner(s) safe is the first step to a healthy and happy sex life, and that goes for people across all genders and sexual orientations.

To The Teenage Girls Who Have Herpes

Tags: sexual health , STIs , STDs , safe sex , contraception , Ella Dawson , feminism
Support Feminist Media!
During these troubling political times, independent feminist media is more vital than ever. If our bold, uncensored reporting on women’s issues is important to you, please consider making a donation of $5, $25, $50, or whatever you can afford, to protect and sustain BUST.com.
Thanks so much—we can’t spell BUST without U.