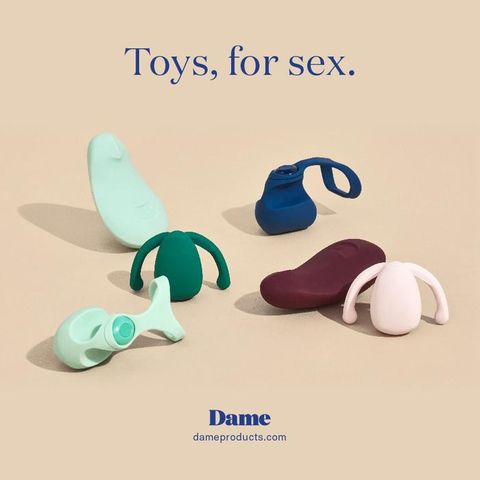 It’s 2019, and yet for some reason transportation companies in major cities, like the Metropolitan Transit Authority in New York City, prohibits ads talking, or even just hinting, about sex toys.

In a timeline shared to BUST, Dame Products submitted their "tasteful" ads to the MTA on October 3, 2018, and received provisional approval from the MTA two days later. On November 2, Dame submitted their final ad after getting creative feedback from the MTA. 24 days later, Dame received word via proxy that the MTA was unable to run the ad's content, and would be releasing an updated Q&A regarding advertisement guidelines. On December 3, Dame received their final nail in the coffin, saying that the MTA has never and will never work with "sexually oriented businesses."

“The MTA cited its own “updated guidelines” preventing “sexually oriented” businesses from advertising,” the statement says. “This made us wonder: Why are pharmaceutical and supplement companies like Hims, Hers, and Welleco allowed to advertise on the subway?”

The ad, shown above, simply showcases Dame’s small, but mighty vibrators, with the tagline, “Toys, but for sex.”

According to a Fortune article, Dame’s lawsuit cites that the MTA has approved ads for birth control pills, the infamous Museum of Sex, and even erectile dysfunction, which suggests the double standard of it all. MTA can advertise about sex, but not the pleasure behind it?

In a statement posted on Wednesday, the MTA said: “The MTA's FAQs about its advertising policy clearly states that advertisements for sex toys or devices for any gender are not permitted, and advertising for FDA approved medication -- for either gender -- is permitted.”

It’s important to note that advertisements for products like Thinx, a company that sells period underwear, were plastered on subways across America (remember the tastefully placed grapefruit photo?). The “Hims” ad was a photo of a flaccid cactus with the tagline, “hard made easy.” 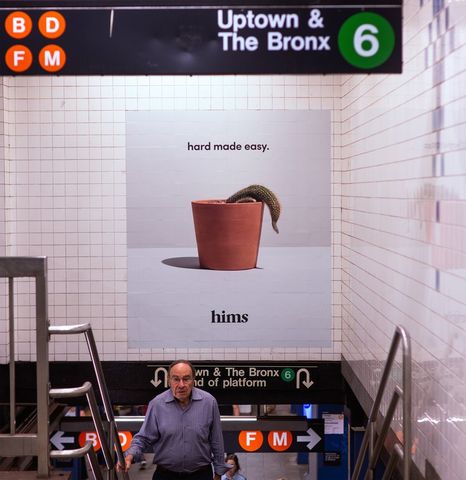 How is this any different, or even better? I understand not just adults ride the subway, but these ads are tasteful and important to folks who use sex toys for pleasure. How can a company flourish if their advertisements won't be shown in a place where people may see their products the most?

How To Find The Perfect Equipment For Chastity Play

Tags: dame , dame products , sex toys , adult devices
Support Feminist Media!
During these troubling political times, independent feminist media is more vital than ever. If our bold, uncensored reporting on women’s issues is important to you, please consider making a donation of $5, $25, $50, or whatever you can afford, to protect and sustain BUST.com.
Thanks so much—we can’t spell BUST without U.