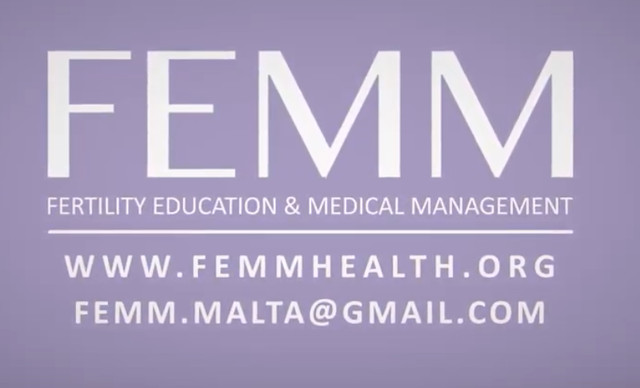 With a lilac backdrop and adorable icons next to words like “cervical mucus,” the FEMM app is millennial kryptonite. Easy to scroll through and undoubtedly aesthetic, the fertility app is meant to help users “get pregnant or avoid pregnancy” by inputting information about their periods, emotional states, sex lives, medication, and more. It’s too cute to feel clinical. The daily check-in feels like a diary entry, a guided exercise in self-reflection—self-care instead of a doctor’s appointment.

Who knew far-right, anti-abortion Catholic activists had their fingers so firmly on the pulse of youth culture?

A May 30 investigation by The Guardian reveals that behind FEMM’s stellar graphic design are an anti-abortion CEO, backing by extremist Catholic funders, and on-deck healthcare consultants who are either unlicensed in the U.S. or flat-out not OB/GYNs.

Were the app purely used for women to keep track of their cycles, the politico-religious views of its leadership may not have mattered. But, as CEO Anna Halpine explained in a 2017 YouTube interview with anti-abortion channel Life Network Foundation Malta, once women enter in their information, “the app then gives them personalized feedback about their health, their body, and the health choices that they want to make.” This includes referring users back to their own doctors and health centers.

Halpine first gained notoriety in the Catholic world following a 1999 UN speech advocating for “a right to abortion, sexual rights for children, and the removal of parental oversight in sexual matters” on behalf of global youth. Appalled by such deplorable ideas, Halpine founded the World Youth Alliance (WYA), according to The Catholic World Report, an organization dedicated to hyper-conservative ideals with a strong anti-abortion bent.

Now it shares an office with millennial-friendly, lilac-background, let’s-talk-about-the-consistency-of-your-vaginal-discharge FEMM.

Furthermore, FEMM’s 2017 financial statement, the most recent disclosed on its website, indicates that the organization received a total $618, 653 in contributions that year. More probing on behalf of The Guardian revealed that a significant portion of that funding comes from the Chiaroscuro Foundation, a nonprofit headed by notorious anti-LGBTQ, anti-abortion conservative Sean Fieler. Providing just under $3.7 million to FEMM between 2013-2017, their $445, 500 donation in 2017 made up approximately three fourths of the year’s total contributions. Maybe, just maybe, there’s something in FEMM’s mission that Fieler can find to agree with?

Maybe it’s the fact that despite appearing like any other fertility tracker—potentially particularly attractive to liberal youth given its “millennial” style—FEMM promotes a life free of the recommended contraceptives. You know, like condoms and birth control pills. Though you’d never guess it from the sweet, little tap through menus asking about how you’re feeling that day, a simple browse of the FEMM website reveals clear statements advocating for reliance on fertility cycles to avoid or induce pregnancy, rather than standard birth control methods.

A Centers for Disease Control and Prevention study cited by The Guardian marks this to be one of the least effective methods of birth control, with 24% of women experiencing unwanted pregnancies.

The FEMM website, however, falsely claims: “FEMM is just as effective but more attractive because it does not risk unpleasant side effects and also empowers women to monitor their health. An investigation of high contraceptive discontinuation rates proposes that women want a method that is both effective and free of side effects, two conditions that FEMM satisfies.”

Statements like this make it unsurprising that the “medical advisers” advertised by the application don’t really hold up—one being a family practitioner rather than an OB/GYN, another lacking a U.S. medical license. No FEMM medical practitioner has the legal means to practice in the United States, most being based out of Chile, according to The Guardian.

Without clearly marketing itself as an anti-birth control app, skewed information is spread insidious ways, hidden in plain sight. Take the questions on their online FAQ. One asks, “I’m on hormonal birth control to manage my irregular cycles, is that good?” FEMM answers with a strong ‘no,’ writing, “Birth control pills disrupt or suppress natural hormone production.” The anti-birth control, anti-abortion framework behind this popular app is not something that an average user would notice when purchasing or even using the app, but it’s there, lurking, in every analysis of information and every piece of and advice that’s given out.

Cleverly tucked away in crafty wording, donations, and the annals of their website, FEMM is peddling risky birth control methods to an unsuspecting audience. Now you know: don’t be one of them.

"Menstrual Serveillance" — The Dark Side Of Fertility Tracking Apps