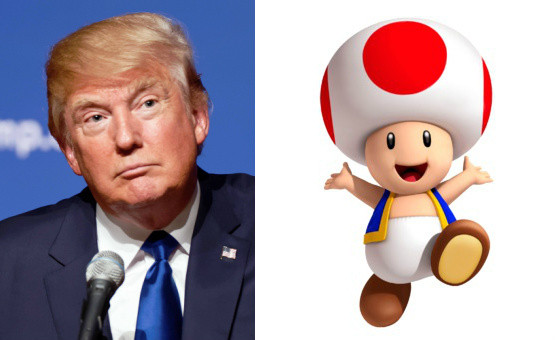 Wow, Stormy Daniels has the best words. What I once considered to be a charming folklore relic has been reduced to being likened to Donald Trump’s junk. In her new tell-all memoir, Full Disclosure, Daniels stays true to the title’s promise and offers “salacious descriptions of her time with Donald Trump,” reports The Guardian, which obtained a copy of the book.

In the book, Daniels colorfully describes Trump’s penis as “like a toadstool” with “a huge mushroom head.” I’ll never be able to watch "The Mushroom Dance" scene from Fantasia with the same sense of innocence again.

That wonderment has been killed for me, knowing that Daniels “was getting fucked by a guy with Yeti pubes and a dick like the mushroom character in Mario Kart…” (According to Mashable, Nintendo has not responded to requests for comments.)

The penis in question is “smaller than average," Daniels writes. “It may have been the least impressive sex I’d ever had, but clearly, he didn’t share that opinion,” she recalls, and you can practically hear her rolling her eyes. One of the more interesting moments she writes about took place while watching a Shark Week TV special in 2007. Daniels and Trump were in a hotel room watching shark-related programming when Trump received a phone call from Hillary Clinton, who was then running against Barack Obama for the Democratic nomination. During a cryptic-sounding conversation between Clinton and Trump, with Trump “repeatedly mentioning ‘our plan’” (what the hell does that mean?), Daniels writes, “his attention kept going back to the sharks.”

All things considered, Stormy Daniels’s book is an incredible feminist declaration of her right to free speech. Here is a woman who was paid to stay quiet about having sex with Donald Trump. She refused to stay silent. She didn’t back down from the bullying and intimidation. And now, she’s sharing her various detials about Trump and his bits, so we now know that he “knows he has an unusual penis.”

Tammy Duckworth Will Bring Her Baby To The Senate: Link Roundup