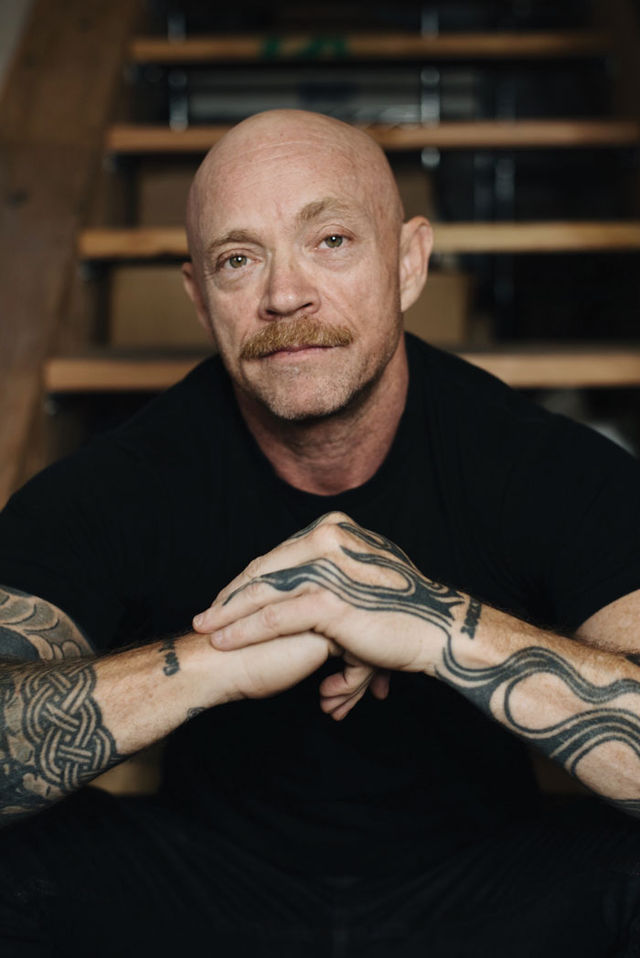 From our August/September 2018 print issue, adult film actor, filmmaker, and activist Buck Angel shares his healthcare experience and advises trans men on what to ask their gynos.

Transition. This is a powerful word.

For me, transitioning meant physically transforming my body from female to male. To finally live my life as the man I had long dreamed of becoming. At the time, however (this was the early 1990s), even my own doctor told me I was basically a guinea pig. The medical community had no idea what the long-term use of testosterone would do to my genetically female body—especially my reproductive system. When my doctor presented me with paperwork that would absolve him of responsibility should anything go wrong, I signed it. For me, this has always been a matter of life or death.

Unlike some trans men, getting a hysterectomy (or what I call a “his-torectomy”) never felt as urgent to me as top surgery. Don’t get me wrong; I hated getting my period, but taking testosterone took care of that. I was fine with keeping my uterus, ovaries, and vagina intact.

After about 11 or 12 years of taking testosterone, I started getting cramps, mostly after orgasms. Sometimes they were like bad period cramps, and other times, they’d make me double over in pain for hours. Finding a gynecologist who would even agree to see me was difficult enough. But actually going to the gyno as a man with a vagina was excruciating. They would give me a pap smear and tell me everything’s fine, that the cramps would eventually stop, but I could read between the lines. They didn’t really know how to treat me. They just kept sending me home.

However, things kept getting worse. After about 15 years on testosterone, I felt a fever coming on one day after my workout, like I was getting the flu, and the next thing I knew I was passed out on the floor. My then-partner rushed me to the emergency room with a 101-degree fever and rising. (We were living in Mexico at the time.) Luckily, the doctors admitted me immediately and began treating me without question. They also got to the bottom of my ongoing problems, which were much worse than what my previous gynos thought.

As it turned out, the testosterone had atrophied my reproductive system—a condition that could have been prevented by the use of estrogen cream. The atrophy fused my uterus and my cervix together, along with my ovaries and everything else, creating an infection that burst and became septic. The gynecologists who kept sending me home and telling me nothing was wrong could have prevented this from happening if they knew anything about trans men and testosterone. They could have administered estrogen cream for my vagina. They could have done an ultrasound instead of just a pap smear. They could have tried to figure it out. Basic understanding of hormones could tell you that adding testosterone to a genetically female body will remove estrogen, and estrogen is what makes a vagina function properly. These two simple steps could have prevented a situation like mine.

Many trans men have been reaching out to me with the same symptoms that I had, so I’ve begun developing a concrete list of tips on how to get the best care from your gynecologist if you’re trans:

1. First and foremost, before you make an appointment with a new doctor, be sure to ask if they’re versed in trans male healthcare. You need to have a gynecologist who understands and cares about our bodies.

2. During your visit, be sure to tell them that you’re using testosterone and ask when you should start to use an estrogen supplement. If you’ve been using testosterone for more than a year or so, you can ask for an ultrasound in addition to your pap smear for additional information on the health of your reproductive system.

3. Be upfront about your sexual activity and any abnormal pain you’re feeling.

4. And last but not least, if you don’t like your doctor for any reason or feel like they don’t understand or care about the best way to treat you, find a new one! Comprehensive healthcare is your right.

One way I’m hoping to continue and improve this dialogue around trans vaginal healthcare is by developing a product called T-Lube by Sliquid (available at sliquid.com). It’s a lube created specifically for trans men that offers daily care for vaginal dryness. (And it doubles as a sex lube, of course.) Remember—we are responsible for educating the world about us, and that also includes the medical world.

This Powerful Photo Reminds Us, "Periods Are Not Just For Women"

Ask A Trans Man: Chris Edwards Answers All Your Questions