What You Need to Know About The STD Mycoplasma Genitalium 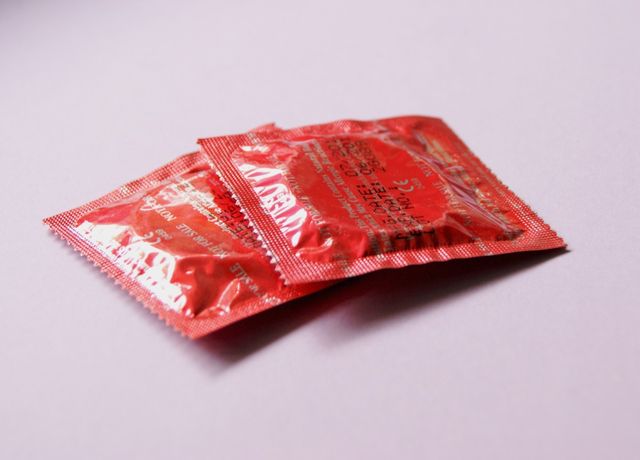 As summer concludes, many college students return to campus, which means it’s a great time to circle back to some reminders about sexual health. People in their teens and early 20s (ages 15-24, according to the CDC) happen to be the demographic most at risk for contracting STDs.

That might have been an easy factoid to assume is true, but consider this lesser-known one:some STDS, including chlamydia, gonorrhea, and syphilis, are becoming resistant to antiobiotic treatment, and some doctors believe that an STD called Mycoplasma genitalium (MG) could take off as the next "superbug" due to an increasing resistance to antibiotics and an overall lack of public awareness about its risks.

According to the CDC, MG was first identified in the ‘80s. Those with the disease often don’t know they have it, which makes it harder to prevent and detect. Even if symptoms don’t show, the affected person can still spread MG. So, get sex-educated, and stay safe this fall.

What Symptoms To Look For

According to WebMD, one study showed that MG may affect more than one in 100 adults. For cis men, it commonly shows up in the form of inflammation of the urethra, watery-looking discharge, and burning and pain when urinating. Cis women frequently experience bleeding after sex and between periods, painful sex, and pain under the belly button in the pelvic region.

A 2011 study showed that, left untreated, MG may lead to infertility in cis women if pelvic inflammatory disease (PID) develops. There is a lack of research on whether infertility occurs in cis men as a result of having MG. It’s also possible that a doctor may misdiagnose MG as another STD, such as chlamydia.

Prevention Is the Best Medicine

It’s not unreasonable to think that MG may become the next superbug. Other STDs have shown increasing antibiotic resistance; the CDC has warned the public against super strains of gonorrhea proving untreatable with antibiotics. Cephalosporin antibiotics have typically treated gonorrhea in the past, but the continuing emergence of resistant bacteria forces clinicians to urgently monitor and search for new treatments with few antibiotic options left that prove highly effective, well-tolerated and well-studied.

While penicillin and antibiotics eliminate bacteria by attacking the cell wall, MG bacteria don’t have any cell walls. Dr. Olwen Williams, president of the British Association of Sexual Health and HIV (BASHH), told the Daily Telegraph that potentially up to 3,000 women per year over the next ten years could become infertile because of PID resulting from MG, and Dr. Paddy Horner, consultant senior lecturer in sexual health at Bristol University, said that if current tests and practices don't change, MG could become resistant to standard antibiotics within a decade. Additionall, the Daily Telegraph notes that although 1-2% of people are thought to have MG, some clinics have reported numbers of treated patients as high as 38%.

Though it’s not an STD, also consider the persistence of the infection MRSA and other superbugs becoming resistant to antibacterial hand gel. In the past, researchers credited antibacterial hand gel with the prevention of the spread of MRSA, but new research shows while MRSA rates fell, other bacteria showed an increase—vancomycin-resistant enterococci (VRE) infections are on the rise, and 10 percent of all blood infections globally are due to VRE.

Take your and your partner’s sexual health seriously, and practice safe sex both internally and externally. Birth control doesn’t prevent STDs. Condoms reduce the likelihood of infection when used regularly. If you get diagnosed with the MG, avoid sex for seven days after treatment begins in order to stay on the safe side and avoid infecting others.

To diagnose MG, the clinic may have you pee in a cup for testing or swab the urethra, cervix or vagina, but new guidelines specify MG treatment takes the form of a seven-day dosage of the antibiotic doxycycline, followed up with one course of azithromycin.

For those who present MG symptoms, new drug therapy that will assist with developing effective therapies is a priority. Shortfalls preclude the bacteria’s ability to form resistance, along with the rising costs of drug therapy, and rarely, serious side effects may occur in the form of an irregular heartbeat or ruptured Achilles tendon. Currently, Australian clinics report a 60 percent resistance to first-line antibiotics and a 10 percent resistance to both first- and second-line antibiotics.

Mycoplasma genitalium has been linked with Pelvic Inflammatory Disease (PID), so, doctors may also treat the resulting symptoms and conditions. Doctors use doxycycline to treat PID, along with other antibiotics, addressing such symptoms as chills, fever, painful urination and pelvic pain.

With prompt attention and effective treatment, MG may clear up within a few weeks, but that doesn’t mean you couldn’t contract it again. Make sure you are practicing safe sex.

Use condoms with any new partner or a partner you haven’t been with for a while. Ask your partner to get tested and get tested for STDs regularly yourself, even if you’re only with one person consistently. Maintaining your sexual safety and health is pretty easy but, for one reason or another, the numbers continue to show us that young people don’t always see it as priority. Have a safe, spooky and sexy fall.

Why STD Stigma Needs To End

Kate Harveston is a young political writer from Pennsylvania. She enjoys writing about social justice issues and human rights, but she has written on a wide range of topics, including health, technology and music. If you like her writing, you can follow her blog, Only Slightly Biased. Follow her on Twitter, Google+, and Facebook.
Tags: STD , Mycoplasma Genitalium , health , sexual health