Are Blood Tests For Herpes Useful? A Sexologist Answers

Details
BY BUST Magazine
IN Sex
Published: 14 May 2018 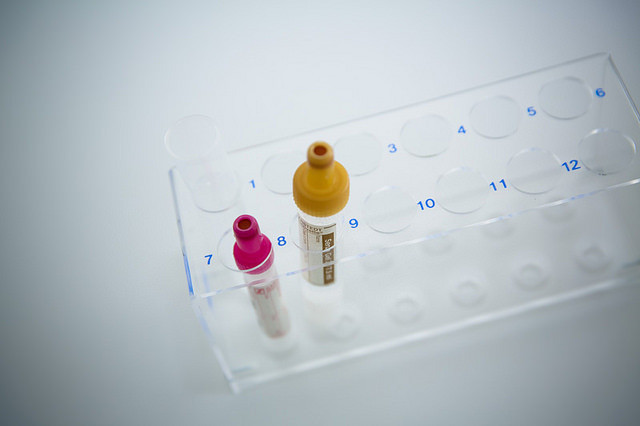 Are blood tests for herpes useful? I’ve never had a breakout, but I don’t want to unknowingly pass it on to partners. –Dating Mindfully

I don’t recommend a blood test, though there are such tests and you could take one. The biggest reason to do it doesn’t have to do with your current or future partners; it’s related to whether you might become pregnant and possibly pass it on during a vaginal birth.

There’s a PCR blood test that’s thought to be quite accurate, but false positives are possible. False negatives occur as well, especially early after one is infected. As with other STD tests (including HIV), viral load needs to increase or antibodies need time to form before the test is accurate. There’s an antibody test as well, which can distinguish between Types 1 and 2 (oral and genital herpes, either strain of which can affect either physical area, generally with oral sex passing one type to the other bodily area).

As for sexual transmission, here are some questions to consider. Is herpes your only concern? There are other conditions that can be passed sexually, all of which are largely preventable via barrier methods, and if it’s worth knowing whether you have an STD, it’s also worth avoiding one in the first place. If you do find you have herpes, what’s the plan? Disclosure? Safer sex? Avoiding sex? It’s a good idea to think this through so you’re prepared to have the necessary conversations if you do find you’re an asymptomatic carrier. Herpes is one of the STIs that may be passed in spite of using barriers, mainly because one can get outbreaks in places that aren’t protected by barriers, and because it might not always be clear that an outbreak is imminent. This is one of the things that make herpes so daunting.

You seem more worried about passing an STD than contracting one, which concerns me. Many people displace anxiety about their sexual activity onto the possibility of getting or giving a disease, and if that were happening with you, it would be valuable to untangle those feelings. STDs are common and part of the risk we run when having sex, but so are these responses—which ironically can get in the way of our ability to communicate about safety. Herpes is very common and not a scarlet letter.

Got a sex question? Submit it here (anonymously!) and it may be answered in an upcoming issue of BUST magazine.

How Can I Have More Orgasms?

What's Your May Sex Horoscope?