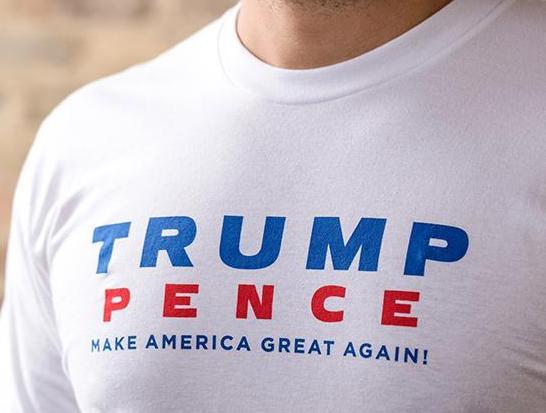 I went on a date after matching with a fairly attractive guy on a dating app. We met for drinks and I thought he was funny, intelligent, and charming, albeit a bit too bro-y for my taste. Nevertheless, I went home with him. It wasn’t until after we’d had sex (not once, but twice!) that the conversation turned to politics, and I discovered that he voted for Donald Trump. Needless to say, I was shocked. I’m now disappointed in myself, and I feel as though I set feminism back 50 years. How do you suggest bringing up politics during a first date so one can avoid sleeping with a neo-Nazi in disguise? And how does one live with herself after doing the unthinkable? –Make America Sexy Again

I feel your distress, but it’s always been complicated. Different people will feel different gradients of responsibility when it comes to differing politics, from hope that bridge-building is possible before sexytime to an unshakable ewwwww factor. So first, forgive yourself. Not to TMI you here, but I myself once had an amazing encounter with a person who turned out to be a go-to-ground doomsday prepper, and even that was weird. (I don’t mean to offend all the readers who have been canning since November 10. We do all have our own definition of End Times.)

In addition to always voting, perhaps it would be a good idea to always engage in at least a little small talk before hopping to it. And I don’t mean, “Talk so small that politics doesn’t come up.” Say, “Hey, who’d you vote for?” sometime shortly after you find out if you like the same bands. If you want a conversational bridge, memorize three or four of the songs that recording artists have angrily told Republicans, and especially Trump, not to use at campaign rallies. Be prepared to remind your date that “We Are the Champions” by Queen was written by Freddie Mercury, a big and preternaturally talented queer.

If the small talk goes south at that point, great! You will keep your precious flower away from someone whose politics squick you out. If you like a good tussle, this is the point where you’ll try to convince them of the error of their ways. If it still seems like a good idea to go home with them after that, you may be one of those people who thrives on conflict and finds arguing to actually be kind of hot. If you really like them tons except for the deal-breaking voting problem, consider cutting them some slack until you find out if they’re the kind of person that will convert for the love of a good person. Hey, plenty of people have changed religions and political parties for love, and maybe you will be a catalyst for someone. But you have to be pretty hardy to cope with the eventuality that they are as dyed-in-the-wool as you, and that your best-case happily-ever-after is that at least you know you’ll always cancel out their vote.

How To Choose A Lube For Shower Sex

Annie Sprinkle Is An Ecosexual. Here's What That Means.