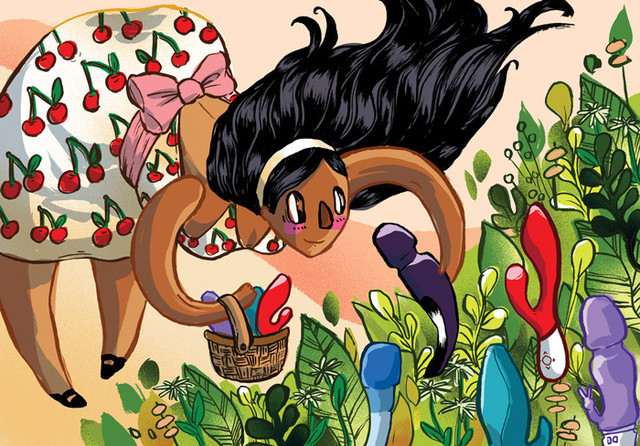 This was in no way a decision, at least not a deliberate one. I had no moral qualms or sexual bashfulness. I consider myself a sexually liberated and adventurous woman, and at some point, I started feeling shame whenever I admitted to my vibrator virginity, as if I had somehow fallen short. Something had to be done about it, so I took my ass to the famously feminist sex shop Babeland to explore the wonderful world of vibrators with help from my tour guide, Babeland’s co-founder Claire Cavanah. In the end, I chose the Smart Wand (dark purple in the illustration above, $169) and the Ina Wave (red above, $209), both by LELO, a Swedish company that designs slick silicone toys that could easily be mistaken for portable speakers.

It wasn’t so much the quality or intensity of my orgasms, but rather, the frequency and consistency of my orgasms that sold me on vibes. I thought I had to be content with a two-orgasms-a-day maximum, and even then, the second one was hard to eke out. The Smart Wand, however, knows no limits. I have definitely been swayed the sex-toy way.