"My Boyfriend Promises To Go Down On Me - But Then Doesn't. What Do I Do?" 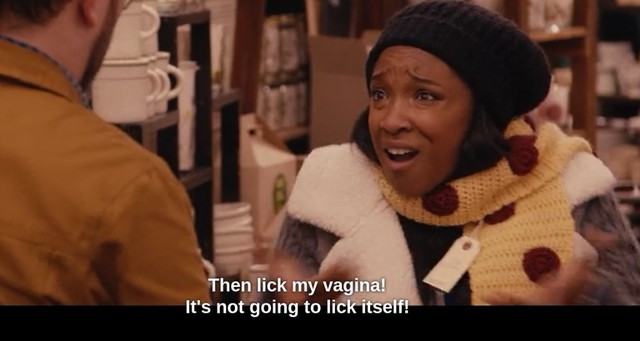 Q: My boyfriend won’t go down on me as often as I’d like. I’ve spoken to him about it, and he always promises to eat me out more, but never does. I know he doesn’t like being wet and/or sticky, and I’m a squirter, so maybe that’s why he’s hesitant. What can I say or do so that we can both enjoy oral sex? – Unlicked Pussy

Sexologist Dr. Carol Queen: With all the stereotypical nonsense about guys liking to get dirty, it can come as a surprise that some are so fastidious. For some, the very best place to go down is in the shower or with their person perched on the edge of a hot tub, so maybe that’s a useful strategy as you tackle this disparity with him.

Most of all, though, it is a disparity. Recent research has uncovered something sexologists and sex therapists have long intuited: Heterosexual women have an “orgasm deficit,” and are the group of humans who are least likely to come during sex. There’s still an overarching notion for many heterosexuals that intercourse is what sex is, so many focus on that act. Because the main way people come to orgasm is via stimulation of the penis or the clitoris, men have an advantage during intercourse. Penile stimulation happens pretty readily in that situation; clitoral, not so much.

Would your darlin’ feel like it was OK to go without penile stimulation? If not, this is a golden opportunity for him to make your relationship more equal. If part of his thing is performance anxiety, how-to books can boost a person’s moves and confidence. Ian Kerner’s book She Comes First is “ the best-selling sex advice book of the last decade,” and rightly so! And Blow Each Other Away: A Couple’s Guide to Sensational Oral Sex by Jaiya has you both covered.

If this really just comes down to him not wanting to get ejaculate up his nose, fair enough. The much-maligned dental dam turns out to be pretty good for this purpose, and if he’d rather see what he’s doing, there’s always plastic wrap.

Cannasexuality 101: The Benefits Of Including Marijuana In Your Sex Life

Tags: Carol Queen , sex advice
Support Feminist Media! During these troubling political times, independent feminist media is more vital than ever. If our bold, uncensored reporting on women’s issues is important to you, please consider making a donation of $5, $25, $50, or whatever you can afford, to protect and sustain BUST.com. Thanks so much—we can’t spell BUST without U.