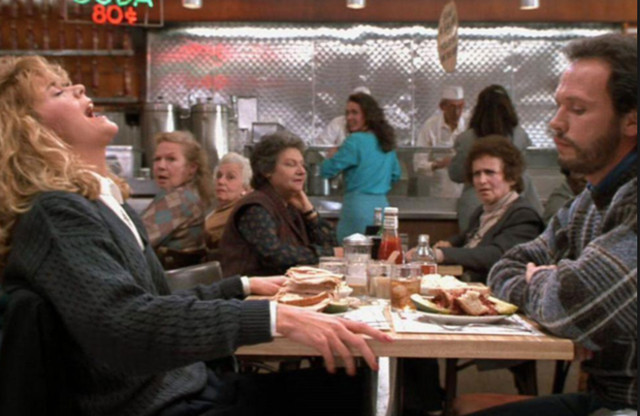 Female pleasure or lack of in heterosexual sex is a freshly debated conversation. Research from Planned Parenthood suggests that 1 out 3 women have trouble reaching orgasm during sex. Of course, sex is more than orgasming but that means that more than 30 percent of women are trying to have an orgasm and can’t. It’s not that surprising considering we just found out how powerful the clitoris is in 2009 (wait, what?).

This difficulty getting off is probably why a whopping 80% of women fake orgasms. That’s 80% of women! That’s a lot of oohs and aahs when there should be vocalizations telling your partner what to do. I mean I get it. I’m totally guilty. I used to fake all the time (and sometimes still do). It’s just so much easier to pretend and make your partner feel good than to have the awkward conversation about how to navigate your pleasure spots.

So basically women are moaning for male pleasure, not their own. It’s important to note that this research was done on heterosexual couples. It would be interesting to explore this in same-sex couples or polyamorous relationships.

For me to orgasm, I need to relax. And I can’t relax if I’m worried about my partner’s self-esteem.

The research isn’t surprising at all. But it does show us how much work needs to be done for women to claim their bodies and pleasure during intercourse. Not only are women faking the climax but are also faking a lot of pleasure leading up to it. And that’s troubling.

How do we begin the process of making sex more pleasurable for women? It will be a long road but reducing shame around female sexuality is a start.

My Fiancé Suddenly Became Disabled — What Can We Do For Our Sex Life?

Whore-O-Scopes: Astrological Advice For Ladies Looking To Get Laid

Journalist and Stripper. Reporting on sex work specific challenges and the secret lives of women with autism. Co-founder of the FckShameProject. Follow her unfiltered stories of the industry at @nudereporter
Tags: Orgasm , Sexual Pleasure , Moaning , Intercourse
Support Feminist Media!
During these troubling political times, independent feminist media is more vital than ever. If our bold, uncensored reporting on women’s issues is important to you, please consider making a donation of $5, $25, $50, or whatever you can afford, to protect and sustain BUST.com.
Thanks so much—we can’t spell BUST without U.