So Tight I Can't Have Sex: My Life With Vaginismus 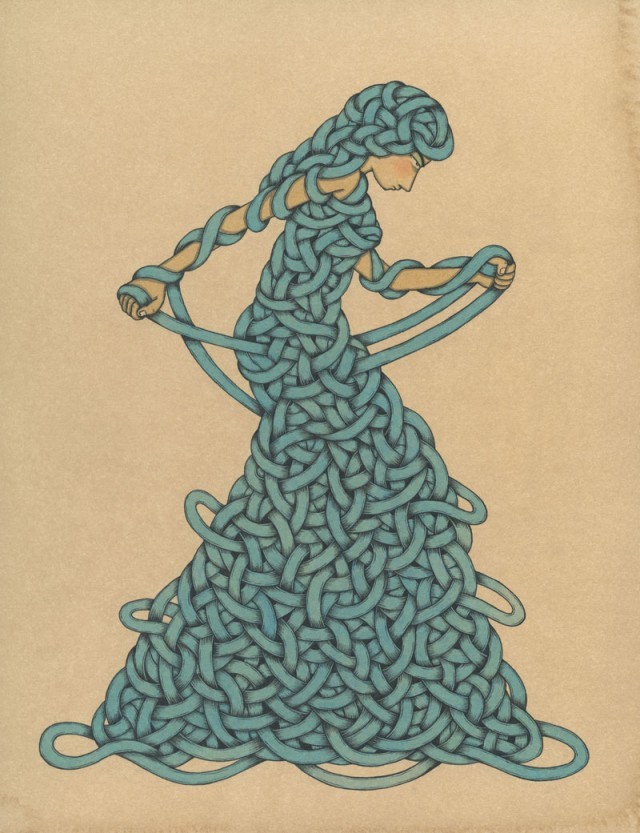 “Deep breath in. Let your abdomen rise and expand like a balloon. Now, drop your pelvic floor. Imagine a lime passing through your vagina.”

It takes great mental energy and focus to move muscles that you’ve never consciously moved—muscles that you’re not even supposed to talk about. Though I can’t really tell, I must be doing it right, because my physical therapist says, “Perfect!” Then she removes her finger from my vagina and says, “See you next week!” over her shoulder as she leaves the exam room.

I vaguely remember a time when my vagina was like any other body part—it was just a part of me and I didn’t think much of it. But now I think about it all the time. It affects the way I sit, stand, breathe, and exercise. I have vaginismus: a medical condition characterized by involuntary contractions of the pelvic floor muscles that tighten the vaginal entrance—causing pain, penetration problems, and extreme difficulty with intercourse. It’s why I’m in my mid-20s and have never had sex, or even a boyfriend.

I first discovered I had vaginismus when I was 14 and started my period. When I tried using a tampon, it felt like I was trying to force it into a hole that wasn’t there, causing excruciating, stabbing pain. For the first couple of years after I started menstruating, my mother kept encouraging me to try using a tampon every month. She’d be on the other side of the bathroom door, coaching me through it, insisting it was all about finding the right angle. I could practically hear her eyes roll when she’d yell, “Put some Vaseline on it! It’ll slip right in!” But I knew no amount of Vaseline was going to help. I learned to hide my secret well. I carried tampons so that if girls asked me for one, I could pretend I used them. I bought dresses with full skirts for proms and special occasions, to hide panty liners and pads. I RSVP’d “not going” to pool parties and avoided beach trips with my friends. Bathing suits were out of the question.

As the years passed, I listened to all the juicy details of my friends having sex for the first time, and then the second time, and then the third. Then I lost count. Soon girls my age were getting pregnant. I went to the University of Alabama where practically everyone graduated with a ring on her finger. Every date my friends went on, every boy they hooked up with, every relationship they entered into, felt like a personal betrayal. They were all moving on and growing up without me. I felt left behind—embarrassed and ashamed, isolated and infantilized.

Every date my friends went on, every boy they ?hooked up with, every relationship they entered into, felt like a personal betrayal.

Meanwhile, I spent years visiting countless doctors but no one could tell me what I had or how to fix it. Lots of doctors told me to “just relax,” which is very hard to do when you are bracing yourself for a lot of pain. Some told me to drink alcohol whenever I wanted to get intimate with someone. (This does not work. Alcohol does not lead to relaxed muscles—only to poor decisions.) One gynecologist suggested I buy the skinniest candle I could find and insert it when I was on my period. Another told me to do Kegels every day (which only made my muscles tighter and harder to penetrate). Yet another had a nurse hold my knees down because she was sick of them snapping shut whenever she came close to me with her pediatric speculum. I squirmed in the stirrups, sobbing, squeezing my mother’s hand until it turned blue. The more doctors I saw, and the more treatments I tried, the more frustrated I became because I wasn’t seeing any results.

During my junior year of college, I had a particularly bad panic attack in my bathroom while trying to stick a candle inside myself. Mascara running down my face, menstrual blood covering the candle, my hands, the counter, and the floor, it was the first time I really considered that my future might not turn out the way I expected it to. It was then that the mean, nasty voice inside my head whispered: I’ll never have sex. I’ll never fall in love. I’ll never get married or have children. That’s a lot riding on one body part.

The summer between graduating college and starting graduate school at the University of Texas at Austin, I saw a new gynecologist who referred me to a physical therapist who specialized in pelvic pain. I went to her office twice a week so she could put her hand inside me and stretch me out. I spent over an hour at home every day stretching and inserting dilators—plastic, phallic-shaped rods that come in varying sizes. By the end of the summer, I was able to use a tampon. I was 21 years old, about to start graduate school, and I had just used a tampon for the first time.

During that first year I was able to use tampons, I actually looked forward to getting my period. I continued doing my exercises and was eager to explore my sexual potential. It was new and exciting and I wanted to do it right away. I wanted to share this part of the human experience that all songs, poems, books, and movies seemed to be about. I also felt my virginity was looming over me. No one thinks it’s cute to be a virgin in your 20s.

I hate that word: virgin. Like its equal and opposite sister, whore, it places value and judgment on women in ways where we can never win. While everyone’s heard of slut shaming, there’s also plenty of virgin shaming out there. The media portrays virgins as uptight, prudish, self-righteous killjoys. Once someone gets to a certain age without having had sex, it’s assumed that something must be wrong with her or that nobody finds her attractive. Women are taught from a very young age that how attractive they are has a direct correlation with their value. Not to mention the fact that our society’s definition of sex is completely based on heteronormative, penis-vagina, penetrative intercourse, which is anything but inclusive.

I was more than ready to stop being a virgin, so I tried hooking up with a few different guys. But my attempts were unsuccessful and they were all jerks about it. Case in point: I got drunk one night with a guy named Adrian and I let him go down on me. But as soon as we started fooling around, I was in a lot of pain, so I asked him to stop. He badgered me to tell him why, and I felt like I owed him an explanation. It took me a while to find the words, but finally, I told him about my vaginismus. He laughed and said, “That’s hilarious.” There I was, completely naked—trusting him with my deepest, most private and painful secret, and he laughed in my face. Once our clothes were back on, he told me he didn’t want to see me anymore. Being rejected for your physical difference is so painful because it just confirms your own fears that you are worthless and no one will ever love you. I’ll never have sex, I’ll never fall in love, I’ll never get married or have children.

Being rejected for your physical difference is so ?painful because it just confirms your own fears that ?you are worthless and no one will ever love you.

A few months later, I found my physical therapist in Austin. She helps me loosen my muscles and train them to work in different ways. I practice inserting my dilators every day. And I’m constantly adjusting my body to relax my thighs, gluteus, and abdominals, because all those muscles are directly connected to those in my pelvic floor. Tightening or relaxing those muscles tightens and loosens the others. I let my belly hang out, trying to break my habit of sucking it in to appear smaller. Doing crunches and sit-ups is also now prohibited, so I’ve had to give up any dreams of having a six-pack.

In the meantime, sex is everywhere and impossible to avoid. I don’t watch rom-coms and I ignore the rows of women’s magazines at the grocery store. I always want to punch the Photoshopped celebrity on the cover of Cosmo who wants to tell me the secret to getting flat abs and the “78 Ways to Turn Him On.” My newsfeeds are saturated with new relationship statuses, engagement announcements, wedding photos, and sonograms. I have trouble feigning excitement or interest in my friends’ love and sex lives. Sometimes I have to stop listening to them entirely until the bitter coil of anger and envy starts to loosen.

I don’t know what the future holds. Being able to reach my goals of one day having a partner, and eventually a family, involves someone else coming into the picture, and I don’t have control over that. It’s incredibly frustrating because I’m spending a whole lot of time, money, energy, and effort on something that feels outside the realm of possibility.

For now, I’m doing what I can to acknowledge my progress. Two years ago, gynecologists could barely insert a pediatric speculum inside me during a pelvic exam. But now, I can accommodate a regular-sized speculum. Tampons slide in easily even without the help of lubricant. I no longer crumble under the shame of this secret. I’ve also learned that I will not be able to just “get it over with” and have sex with some guy I don’t care about. If it’s going to happen, it’s going to have to be with someone I trust, someone who is willing to work with me, someone who will be patient and empathetic. Will that person show up tomorrow? Six months from now? Ten years from now? Never? I don’t know. What I do know is that vaginismus has saved me from making a lot of mistakes and has weeded out a lot of jerks. I am also certain that the work I’m doing now is a lot more helpful than sticking a candle in my bleeding vagina.

A 'First Date Kind Of Girl'

A Feminist’s Tinder Nightmare: How I Travelled 5,000 Miles For A Misogynist

We Need To Talk About 'The Other Virginity'