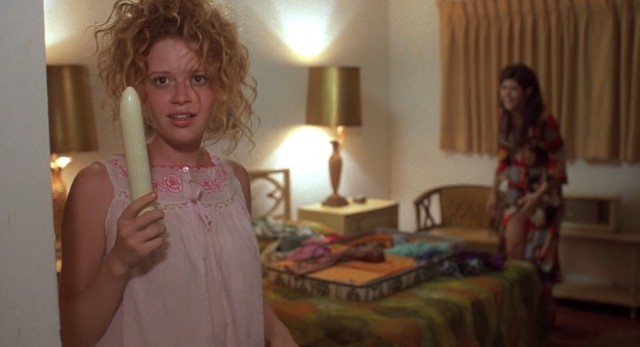 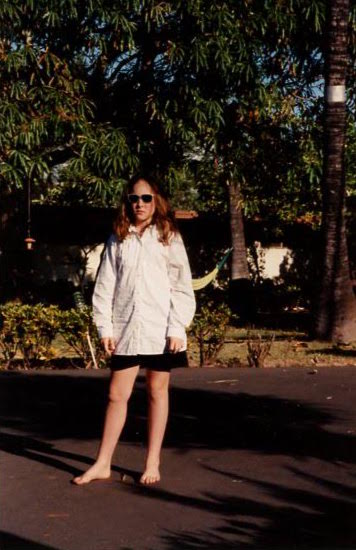 Too cool for feminism

As a teenager, the concept of feminism begins to embarrass me. It’s the early aughts, and "the F word" isn’t trending yet. To be called a feminist is tantamount to being called a bitch—roughly translated, it means you are an ugly female without a sense of humor, who hates men. Although my mother clearly identifies as a feminist, and though she definitely has a sense of humor and loves my dad, something intense and angry happens to her face whenever she speaks of feminist things. I decide this is uncool, and not something I want to emulate.

Whenever some mean kid insultingly calls me a feminist, I feel my face flush as if I’ve been caught wetting the bed (something else I did for years beyond what was socially acceptable). Looking back, it seems I knew all along I really was a feminist, and hid behind this “cool girl” identity for fear of being found out. It wasn’t until post-college, when feminism started coming back into the public conversation, that I could finally embrace the angry feminist I’d always been in my heart. My mother’s daughter. 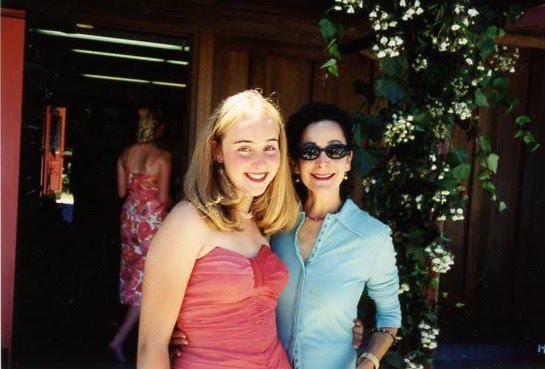 Two years before Mom buys me a vibrator, I’m ten and on vacation with my parents in Hawaii, staying at this amazing hotel with a bar in the swimming pool. One hot and beautiful day, I’m hanging out on the edge of the pool, getting ready to order my third Shirley Temple with extra cherries, unintentionally positioned with a jet shooting between my legs, when I’m suddenly overcome with the most incredible sensation my body has ever known. I have no idea what this means, but I can’t wait to tell Mom all about it. I scramble out of the pool.

“Mom! I just found the most amazing thing!”

She smiles knowingly. “The jets?”

She looks nonplussed. I want to shout, why didn’t anyone tell me?! How have I lived my entire life up to this point completely ignorant of the magic of swimming pool jets? It’s not until years later that I realize this is probably not the kind of thing most girls would immediately run to tell their mothers. But this was, and always has been, our relationship. I tell her everything and she, in turn, tells me everything. 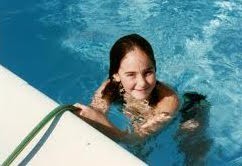 Mom tells me about when she recklessly slutted around New York City in the '70s, before AIDS came along and scared the crap out of everyone. She tells me how one Valentine’s Day, she shaved her pubic hair into a heart shape and bleached one half platinum and dyed the other half black, a gift for her current boyfriend. She tells me about the time she met a strange man in a bar and went back to his apartment where they played chess and then he told her to take off all her clothes and tried to rape her, so she ran outside stark naked to get the police.

At age six, when I ask what this rounded piece of flesh-colored latex is doing on the edge of the bathtub, Mom tells me it’s her diaphragm and it’s to keep her from getting pregnant when she and Dad have sex. As a teenager, I ask Mom why a man would go down on a woman. Her face lights up as though she’s about to impart some deep feminine wisdom. “Because women are delicious,” she says plainly. I don’t realize how, by openly acknowledging her own sexuality, Mom is implicitly teaching me another lesson, this time about shamelessness. Never once do I hear the words, “That’s not appropriate to talk about.” My childhood curiosity is encouraged. Nothing is off limits.

When my vibrator arrives in the mail, I just stare at it. It’s short and fat and I’m thinking, there’s no way that thing is fitting inside my twelve-year-old vagina. I haven’t even successfully put in a tampon at this point. The day it arrives, I can’t wait to get to school. At recess, I sit on the bleachers with a bunch of my peers and hold forth about my new sex toy. In a more conservative setting, I may have been teased, even shamed; in this hippie NorCal beach town, the kids are jealous and awe-struck and I can feel them looking at me with a newfound sense of admiration.

That night, I lie down and stare up at the No Doubt poster hanging over my twin bed. I move the vibrating head down towards my general area, not really aiming. Who even knows where anything is at this point? I don’t try to put it actually inside my vagina—the thing is literally huge—I just sort of hold it between my legs. It doesn’t blow my mind, but it’s pretty good. Maybe not the fireworks display I was expecting, but it feels reminiscent of the swimming pool jets. I mean, the jets gave me my first moment of clitoral awareness, so naturally made quite an impression.

These scenes I keep cued up on VHS tapes that I record at my grandparents’ house when I visit them in New Jersey for three months every summer. I load up the tapes with as much erotica as possible, my jerk-off material for the remaining nine months of the year—my parents don’t have cable television. These particular scenes are well worn. I furiously rewind them over and over again as I lie on my twin bed with the vibrating head balanced against my crotch. 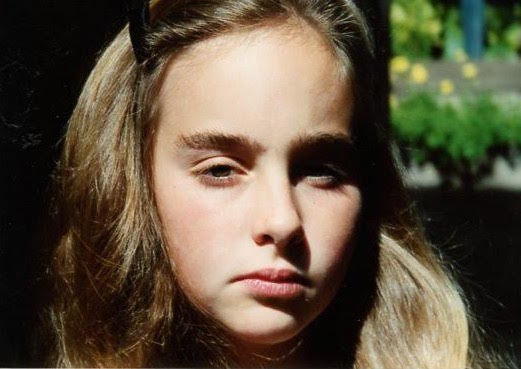 The Elvie Is A Fitbit For Your Naughty Bits: BUST Review