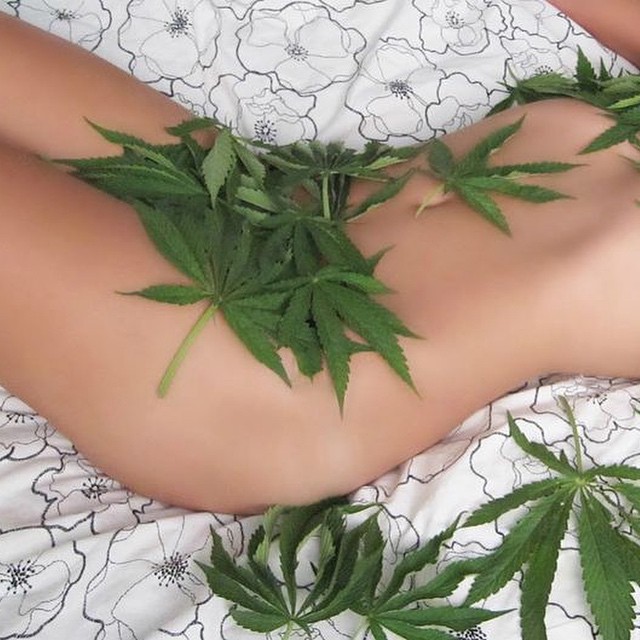 If you like smoking weed and you like having sex, there’s a good chance you also like having sex while stoned. After all, it heightens sensation, makes you focus, and gives you that underwater-y, I’m-in-a-D’Angelo-video feeling. That’s why Foria—the new lube containing active cannabis oil—seemed like the knocking-boots equivalent of winning The Price Is Right’s showcase showdown. I got a five-milliliter spray bottle, which is supposed to contain five doses and costs $24, and read the online instructions carefully, ready to get my vajeen higher than college kids on spring break in Amsterdam.

Foria’s online FAQ (foriapleasure.com) said I should spritz my clitoris and labia approximately six times and then relax for about 30 minutes. I sprayed myself and promptly watched So You Think You Can Dance, in order to become truly zen. When the 30 minutes were up, I didn’t feel anything out of the ordinary. Was I supposed to feel an allover buzzed sensation? A munchies-fueled desire to stick a piece of pizza in my vagina? I didn’t notice much, but I powered forward. My boyfriend and I started messing around, and I was feeling turned-on like I normally do, only significantly more greasy. When I came, the orgasm seemed to last longer than usual, but I wasn’t 100 percent sure that was from the cannabis’ effects. 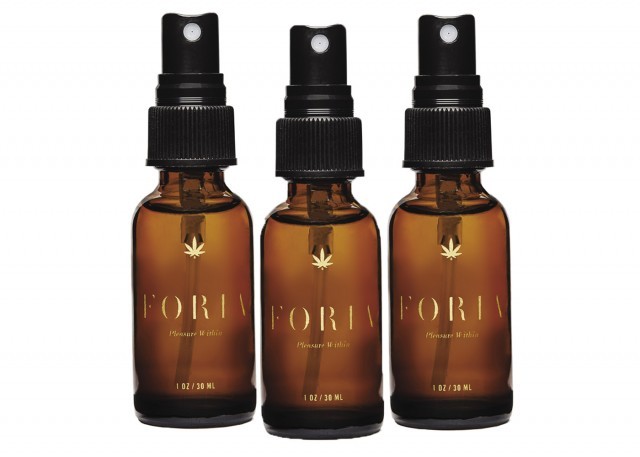 Still, Marina Voron, a marriage and family therapist in N.Y.C. (nassauwellness.com) says Foria might not be just a gimmick. “Smoking pot gives a more ‘whole body’ effect, while applying Foria topically concentrates the effect on the vagina,” says Voron. “So it could increase sensitivity. Or it might help women who experience pain or vaginismus during intercourse—they could reap the analgesic and relaxant benefits of weed without the smoke.”

Of course, there are some drawbacks to Foria. Since it’s oil-based, you can’t use it with latex condoms. And if you don’t live in a state that has weed dispensaries, you won’t have legal access to it. Still, there was definitely something titillating about spraying drugs on my crotch (and my boyfriend liked that a side effect of going down on me was that he ingested some sweet weed oil in the process). Whether you just want to add novelty to your sexytimes routine, or you’re sleeping with Snoop Dogg, Foria should be high on your to-do list.

Whoopi Goldberg Wants To Cure Your Cramps With Cannibis

Tags: weed-oil , lube , sex , from the magazine
Support Feminist Media!
During these troubling political times, independent feminist media is more vital than ever. If our bold, uncensored reporting on women’s issues is important to you, please consider making a donation of $5, $25, $50, or whatever you can afford, to protect and sustain BUST.com.
Thanks so much—we can’t spell BUST without U.